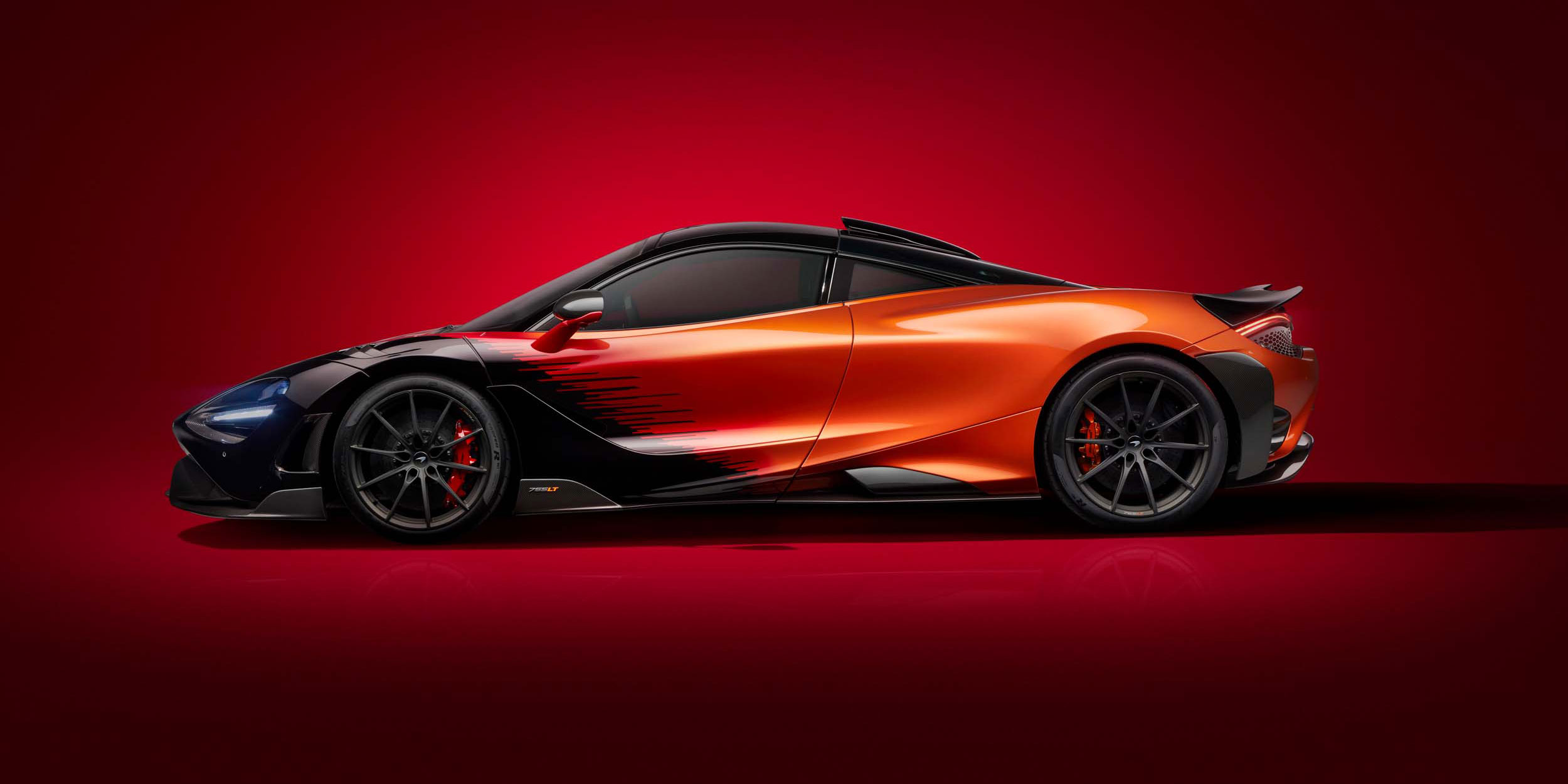 The McLaren 765LT incorporates all of the renowned McLaren LT attributes, including driver engagement, minimised weight, track-focused dynamics, optimised aerodynamics and increased power. A comprehensive engineering programme of weight reduction has resulted in the superlight 765LT tipping the scales at 80kg* lighter than the already class-leading 720S. The 765LT’s bespoke aerodynamics features carbon fibre panels manufactured for the first time at the McLaren Composites Technology Centre in the Sheffield area, plus a ‘Longtail’ active rear wing.

The combination of the light weight (1,229kg at minimum dry weight) and the extreme power and torque of the 4.0-litre, twin-turbocharged V8 McLaren engine – 765PS and 800Nm respectively – underpins the incredible acceleration of the 765LT. As well as the expected sub-three second 0-60mph and 0-100km/h performance, the new LT is capable of reaching 200km/h (124mph) from standstill in just 7.0 seconds – 0.2 seconds ahead of target. Standing quarter-mile (400m) acceleration is similarly impressive at 9.9 seconds – again, better than expectations.

The first examples of cars specified by McLaren Special Operations (MSO) are being shared with customers. Operating to its established principle of always pushing the art of the possible, MSO have created a number of innovative and complex paint techniques which showcase a whole new level of personalisation possibilities.

The Strata theme unveils a unique, graphical ‘art in motion’ paint scheme, inspired by a city skyline and realised in a three-colour design requiring 390 hours of hand painting and finishing. Strata’s Azores orange base colour is fused with Memphis Red and Cherry black, the two overlay colours running through the paint scheme in opposite directions to meet and blend on the panels of the 765LT’s dihedral doors. The unique paint scheme is further enhanced by a cohesive design language across the entirety of the car, both inside and out. The brake calipers form part of the colour blend, the front calipers being Volcano Red and the rears Azores Orange, while the interior boasts a host of colour-coded features from the MSO Bespoke range, including orange seat perforation and a push-to-drink system in Memphis Red.

A second theme based around a 3D honeycomb theme, called ‘GEOHEX’, features a striking combination of MSO Bespoke Tarmac Black and Tokyo Cyan paintwork with Visual Carbon Fibre components from the MSO Defined range along with a number of matching interior details. One of the most captivating projects yet is a car with a full Visual Carbon Fibre (VCF) body, a demonstration model of which has already been produced in response to customer enquiries. The demonstration model has been built in Clear Gloss Carbon Fibre to demonstrate the purity and intricacy within the weave alignment. The 765LT MSO Bespoke Carbon Fibre Body is available in a number of bespoke tints which can vary in complexity depending on the intended design.

Further Information about the new 765LT is available online at https://cars.mclaren.com/en/super-series/765lt or from a McLaren retailer. 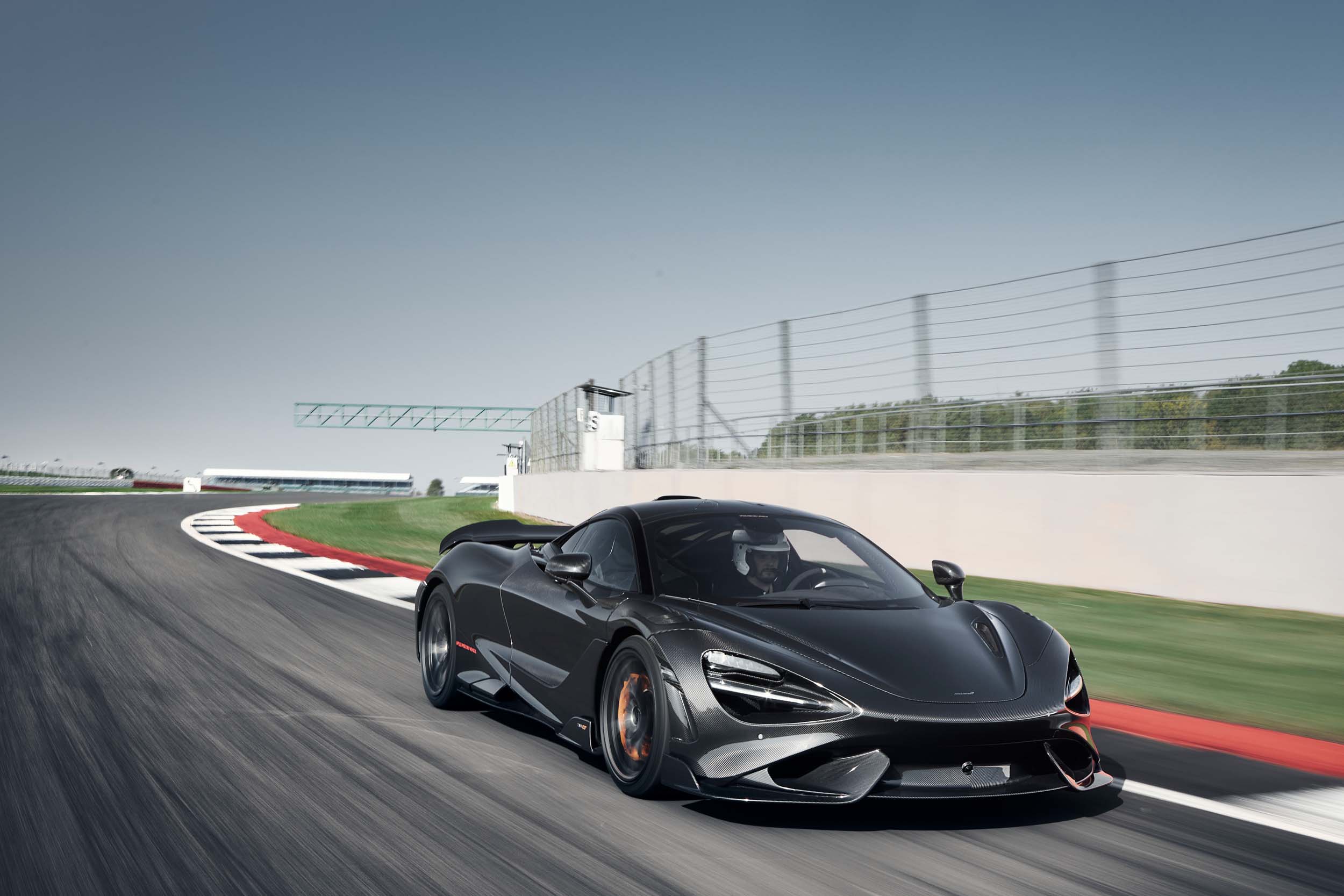 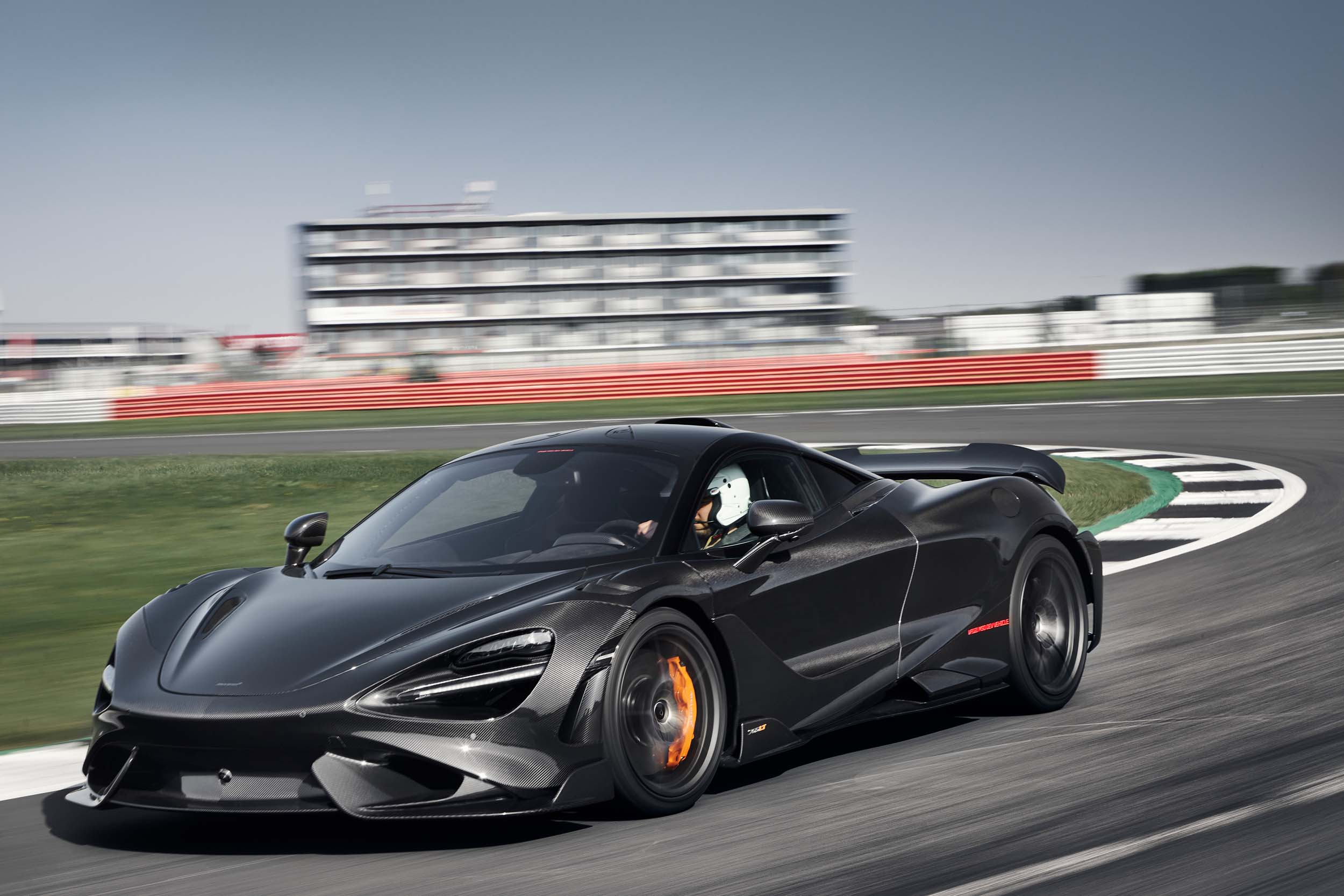 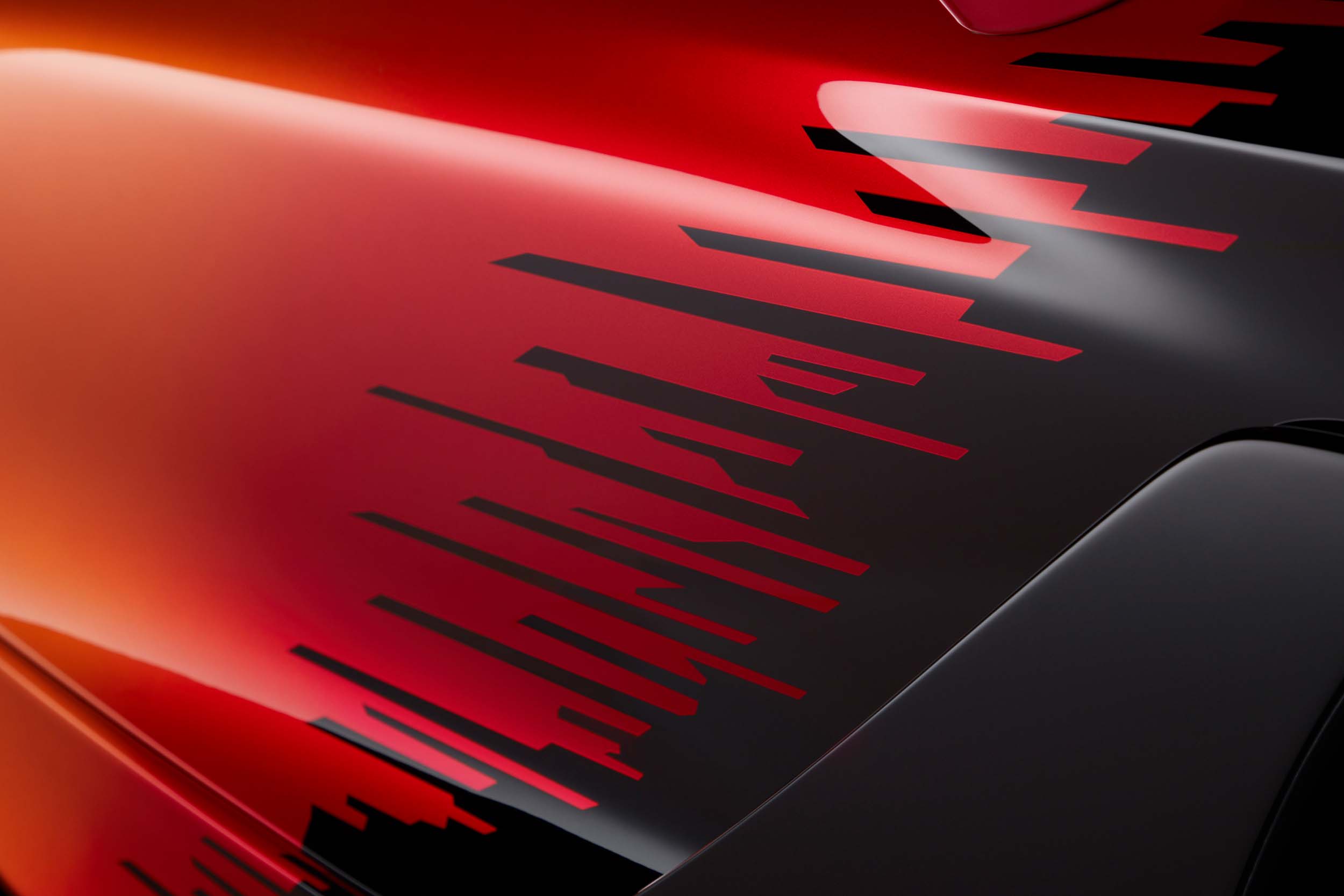 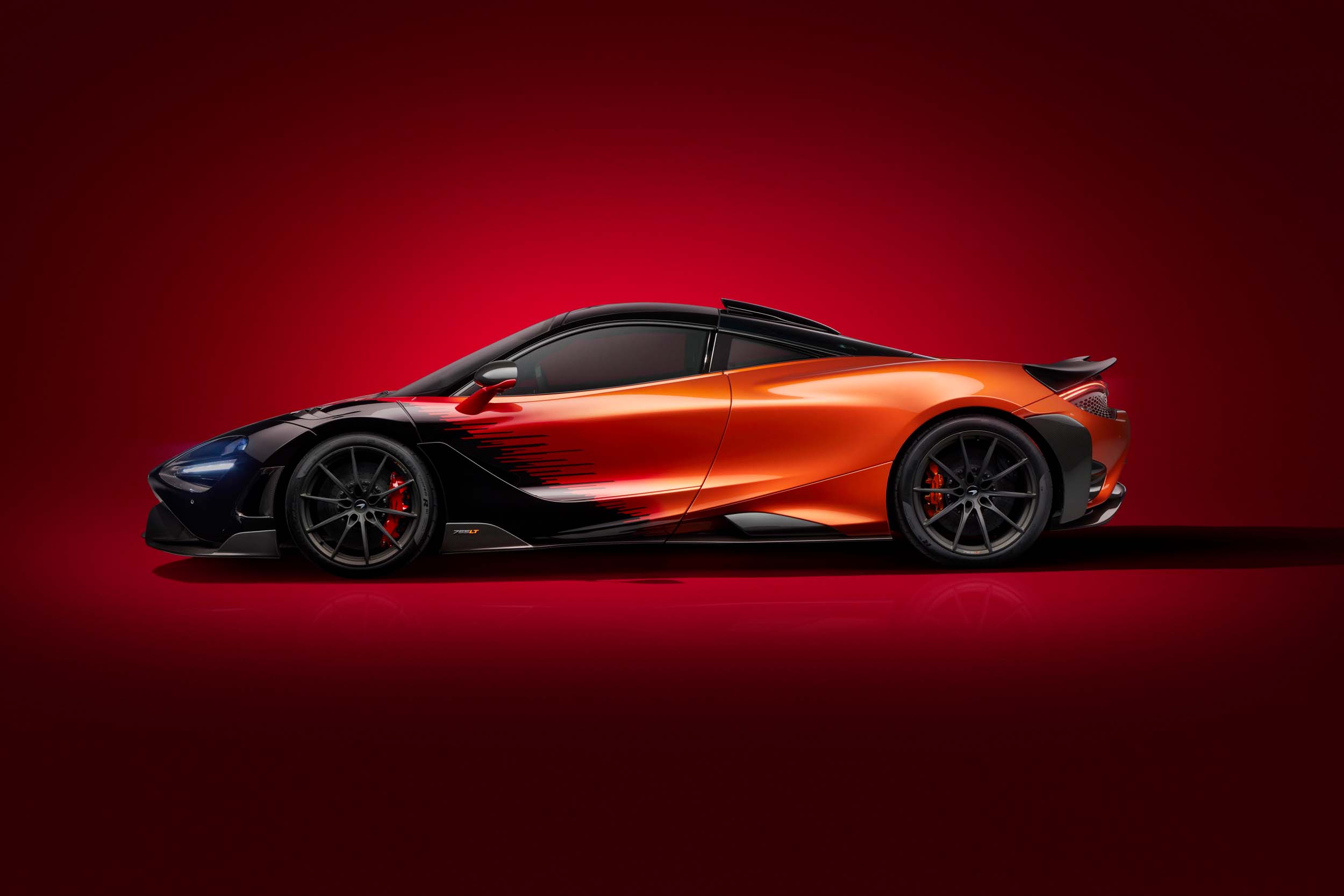 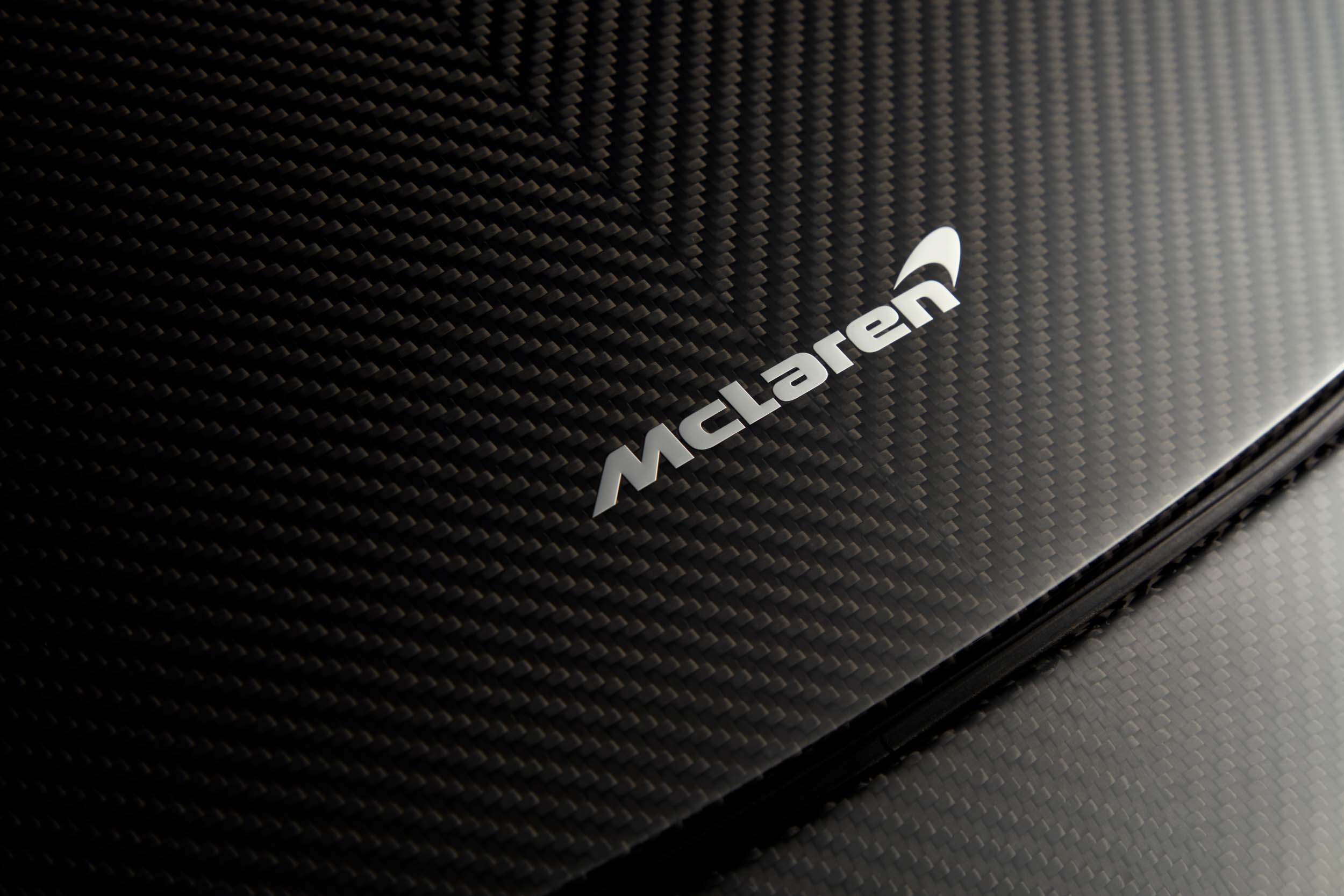 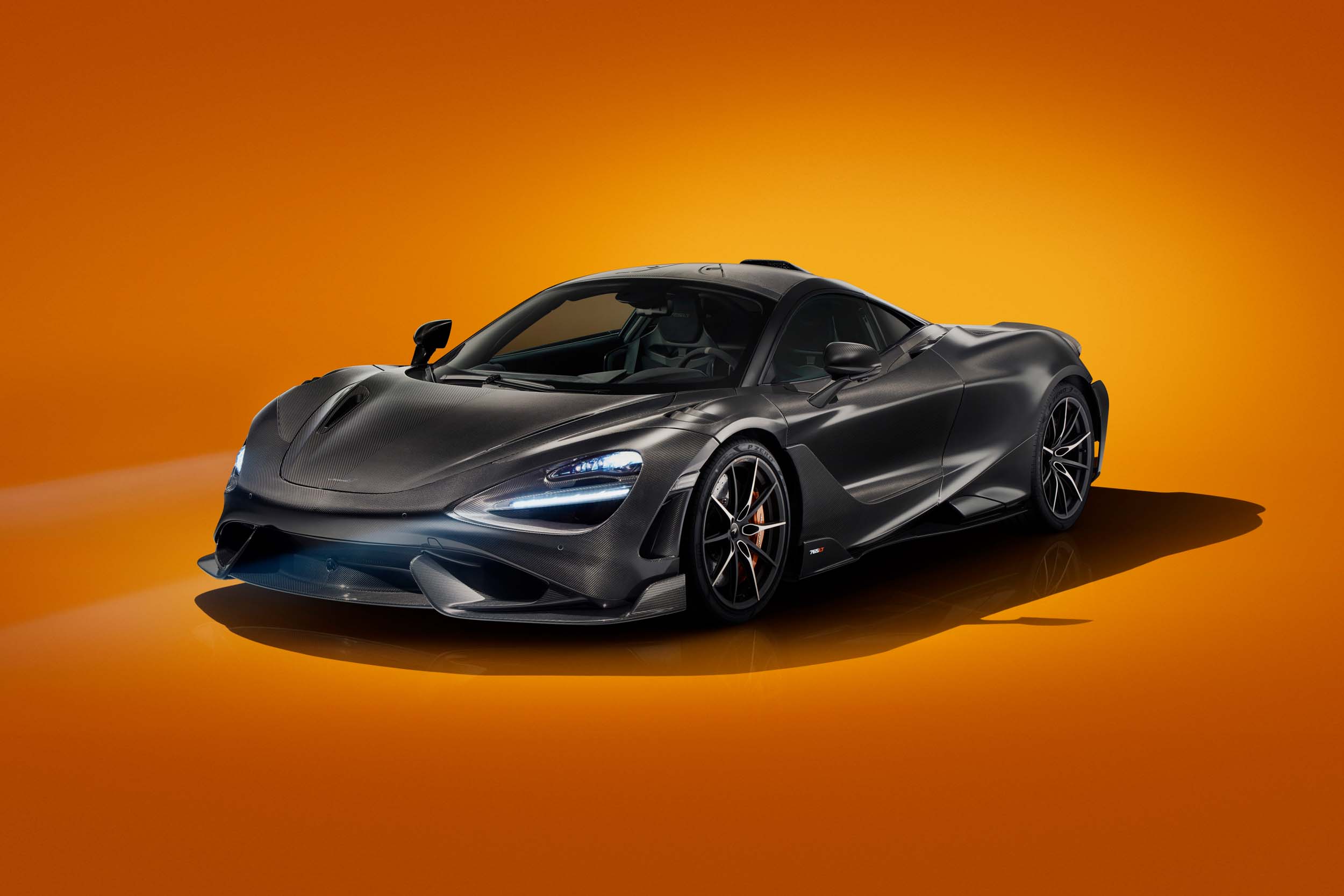 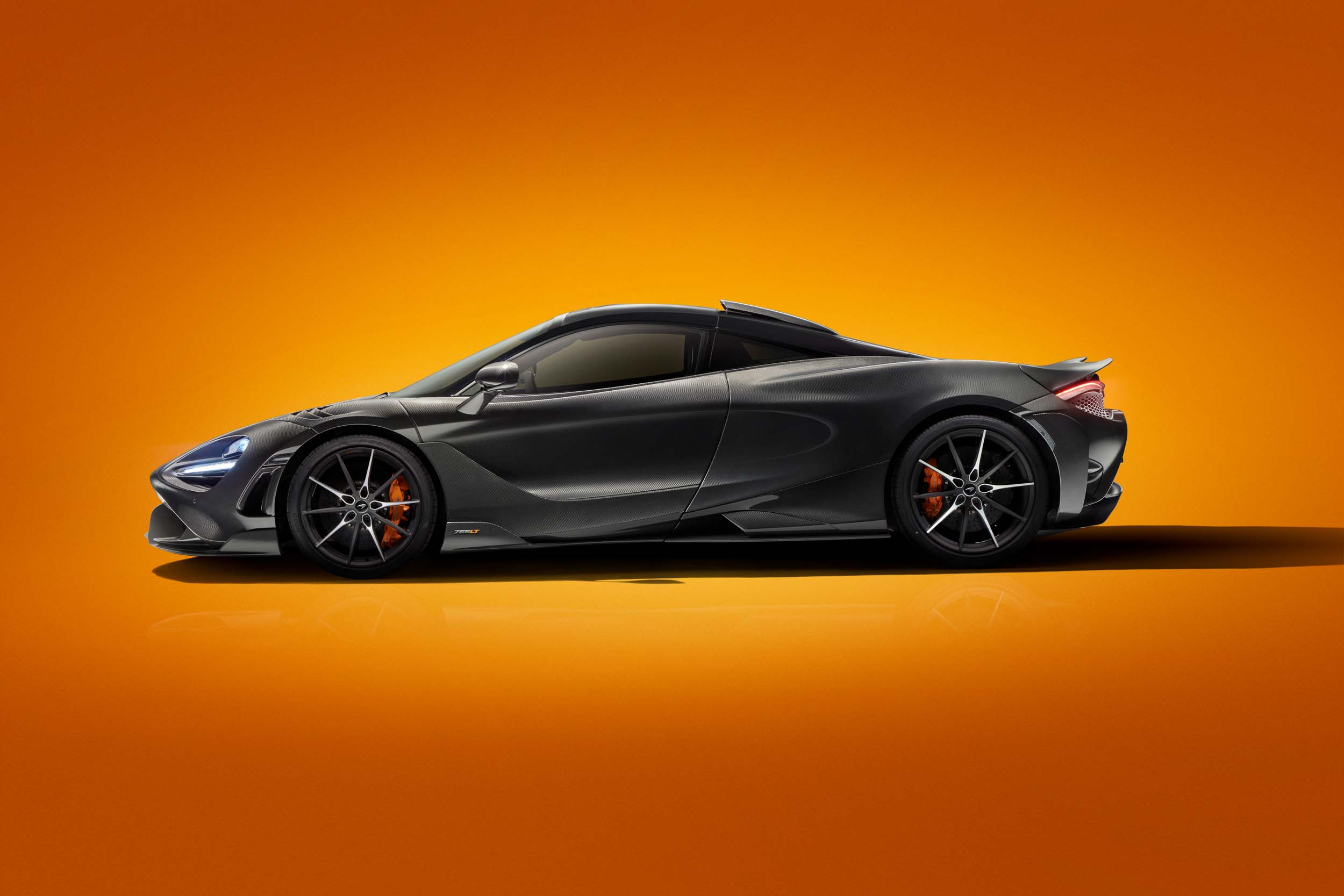