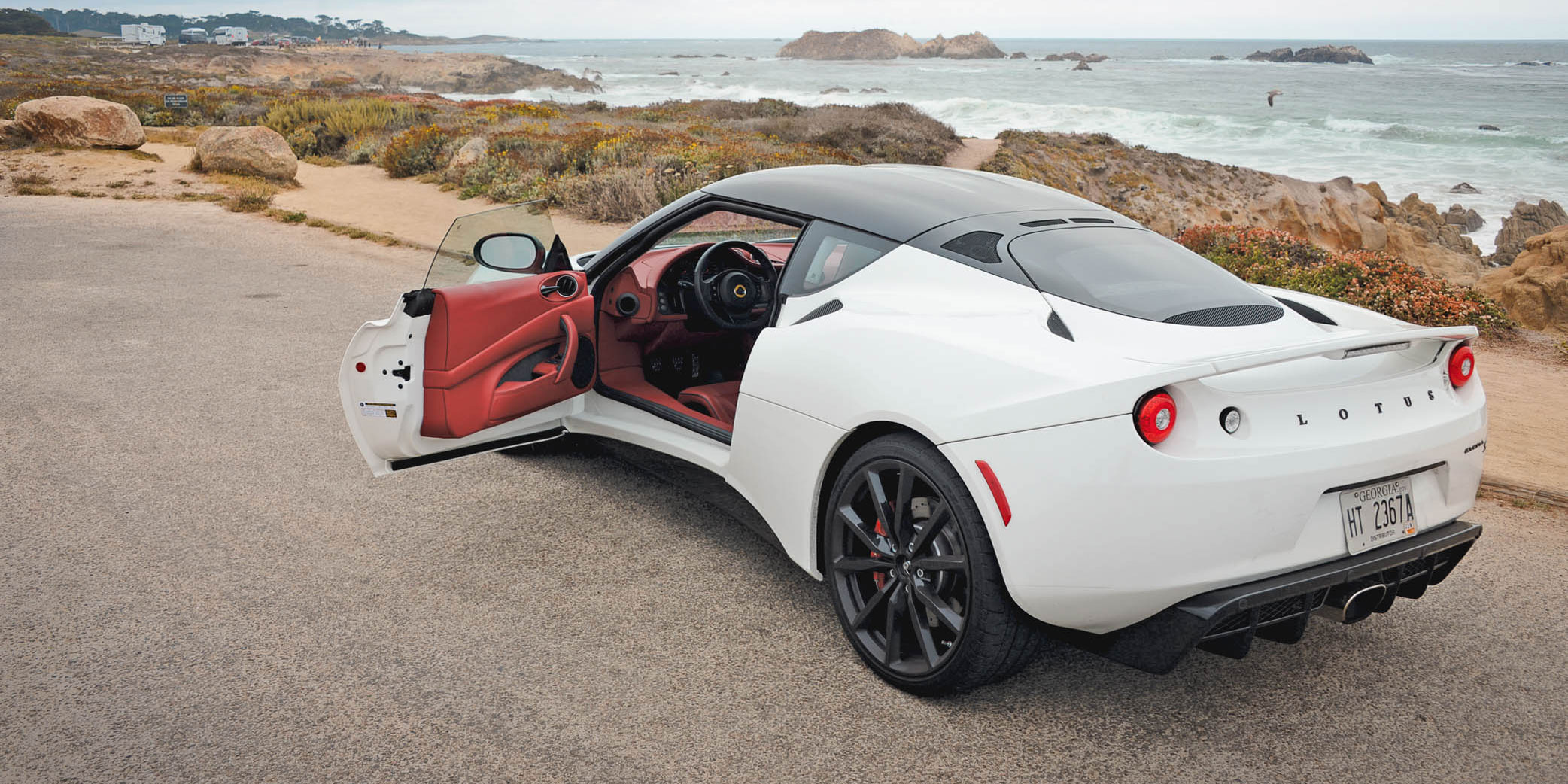 Then again, I really enjoyed my time in the Lotus Elise, so I’m not sure why my expectations were so low. Maybe it was all the chatter I’d heard about the build quality or comments about the car being Toyota-powered.

But after spending a week and more than 1,000 miles with the Evora, all I can say is: I am smitten.

Let’s eliminate some of the heresy right off the bat.

Toyota’s Camry and Highlander are not vehicles I would call “performance” cars, but the same driving force behind those everyday appliances is the power behind the Evora.

Lotus did develop a new engine management system, however, allowing the rev limit to be increased to 7,000 rpm.

In the S model, Lotus utilizes a variant of the standard Toyota engine called the 2GR-FZE. It was developed by Toyota Racing Development (TRD) and features a Harrop HTV 1320 Supercharger boosting power to 345 horsepower at 7,000 rpm and 295 pound-feet at 4,500 rpm.

This engine is surprisingly proficient in putting the power down for the relatively light Lotus. It is also very responsive to input from the throttle, making the Evora a very willing dance partner on any road with a twist.

The 3.5-liter V-6 sits mid-mounted in the modular lightweight bonded aluminum chassis making the Evora the world’s only mid-engine two-plus-two.

Which brings us to the cabin.

Climbing in and out of the Evora is nowhere near as challenging as, say, an Elise or Exige, but with a wide sill, it does pose its challenges.

Once settled inside, however, the Evora is a nice place to be.

Lotus has made serious efforts to provide an interior that is functional and worthy of the Evora’s hefty price of admission. There is high-quality leather covering most surfaces inside the tidy and well-laid-out interior. There are some nice touches such as finished-aluminum buttons for items such as the lights, traction control, fuel door and glove box.

While the appearance and feel of these buttons is very nice, it is unfortunate that many of them are hidden from view behind the steering wheel.

The tach and speedo are clear and easy to read, but Lotus has two digital side screens to provide additional information. These information centers house data for fuel, tire pressures, trip meter and range, and while the information is presented simply, it is difficult to read.

For some unknown reason, the Lotus designers chose a red font on a red background to present all of this data. Switching either the background color or the font color would do wonders in making this information more legible.

The center console is slim and houses the parking brake, shifter for the manual transmission and the HVAC controls. The knobs are, like the aforementioned buttons, fashioned out of aluminum and have a nice feel to them.

Everything is simple and functional, which means the driver can spend far more time paying attention to the road and not fumbling for the fan speed of the air conditioning. Sometimes simple is good, and in this case it is very good.

The “+2” aspect of the Evora is also very good.

I’ve heard so many complaints that the rear seats are not usable for a human being, but I think people are looking at this car all wrong. In my opinion, the Evora is really a two-seat sports car with awesome storage.

When paired with the rear-mounted trunk, the Evora can swallow all sorts of stuff.

For example, running from Los Angeles to San Francisco, we had two carry-on bags, one large camera bag, tripods, lights and a bag of groceries, along with two purses, all packed nice and neat inside the Evora.

Thus, I encourage anyone who is a Lotus fan or is seriously considering buying an Evora to look upon the car in this light rather than trying to decide on whether or not your child seat or young kids will fit in the back.

The bonus of the “+2” arrangement is, if the need arises, you could pull up the passenger seat a few inches and put another adult in the back.

Will that person be comfortable? Not at all, but you could do it.

On the negative side, the Evora has a very bad navigation that looks as if it was installed aftermarket. To make matters worse, it does not work. At all. The only use we found for the nav was to have a picture instead of a black screen in the middle of the dash.

Similarly, the audio system isn’t even up to economy-car standards, much less a performance car with the Evora’s credentials.

On our first night out in the Evora S, we headed up to Griffith Observatory in Los Angeles. There happened to be a concert that night, which meant there was a huge backup of traffic going up the long hill.

The bumper-to-bumper stop-and-go traffic on an incline was a true test of the durability of the Lotus, and other than the engine temperature rising a notch or two, the car came out very well — though we were relieved to climb out of the cockpit once we reached the peak.

In fact, we only had two “mechanical” issues with the Evora: the parking brake, which failed to hold the car on a San Francisco hill, and the wheel center caps, three of which came off under spirited driving.

The next morning, we freed ourselves from the burden of LA traffic and headed north.

The Evora is a decent partner on the highway. Engine noise is kept to a minimum, though there is a fair bit of road noise. The suspension of the “S” model is approximately 10% stiffer than the standard model, but the ride is never harsh. The Evora is actually quite magical on the road and could put many mid-sized family sedans to shame for its ride comfort.

There is a “sport” button that, when pressed, opens up an extra valve in the exhaust turning the exhaust note from calm and serene to outright angry. It sounds great!

If you have an Evora S, we recommend you always use sport mode. You won’t regret it.

Away from the mundane tasks of highway running and heavy traffic, the Evora really starts to shine. The steering is light but very communicative. The throttle — especially in sport mode — is hair-trigger responsive, and you can rotate the car using just your angle of ankle attack.

The Evora is built for back roads and twisting two-lanes. The chassis is incredibly responsive to inputs from the helm, and it builds confidence in the driver as well as a willingness to push increasingly harder to explore the car’s limits.

This is a sports car that could easily reel in many other so-called performance cars on a racetrack.

The transmission is not the smoothest currently available on the market, but it does get the job done. The clutch effort, like the steering, is light, so hours behind the wheel are not as tiresome as in some more powerful three-pedal cars.

Most importantly, the Evora S is predictable and capable, which translates to smiles behind the wheel and that makes this British-born baby very desirable, indeed.

The Evora and Evora S are off market in the U.S. for 2015, but Lotus has promised an update to the car for 2016. If they can keep all the handling characteristics of this car while bringing up the quality, the revised Evora could truly challenge its German competitors. 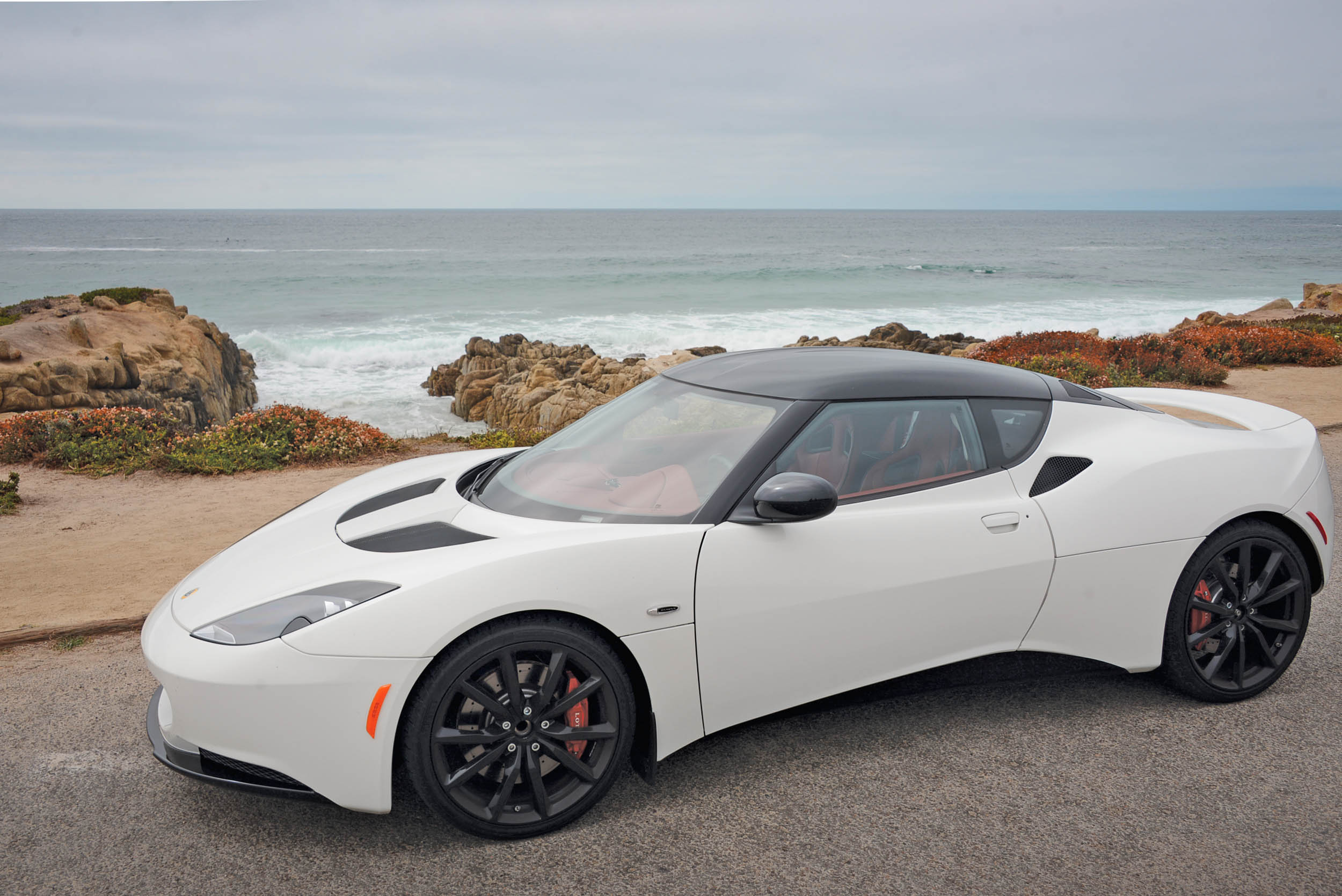 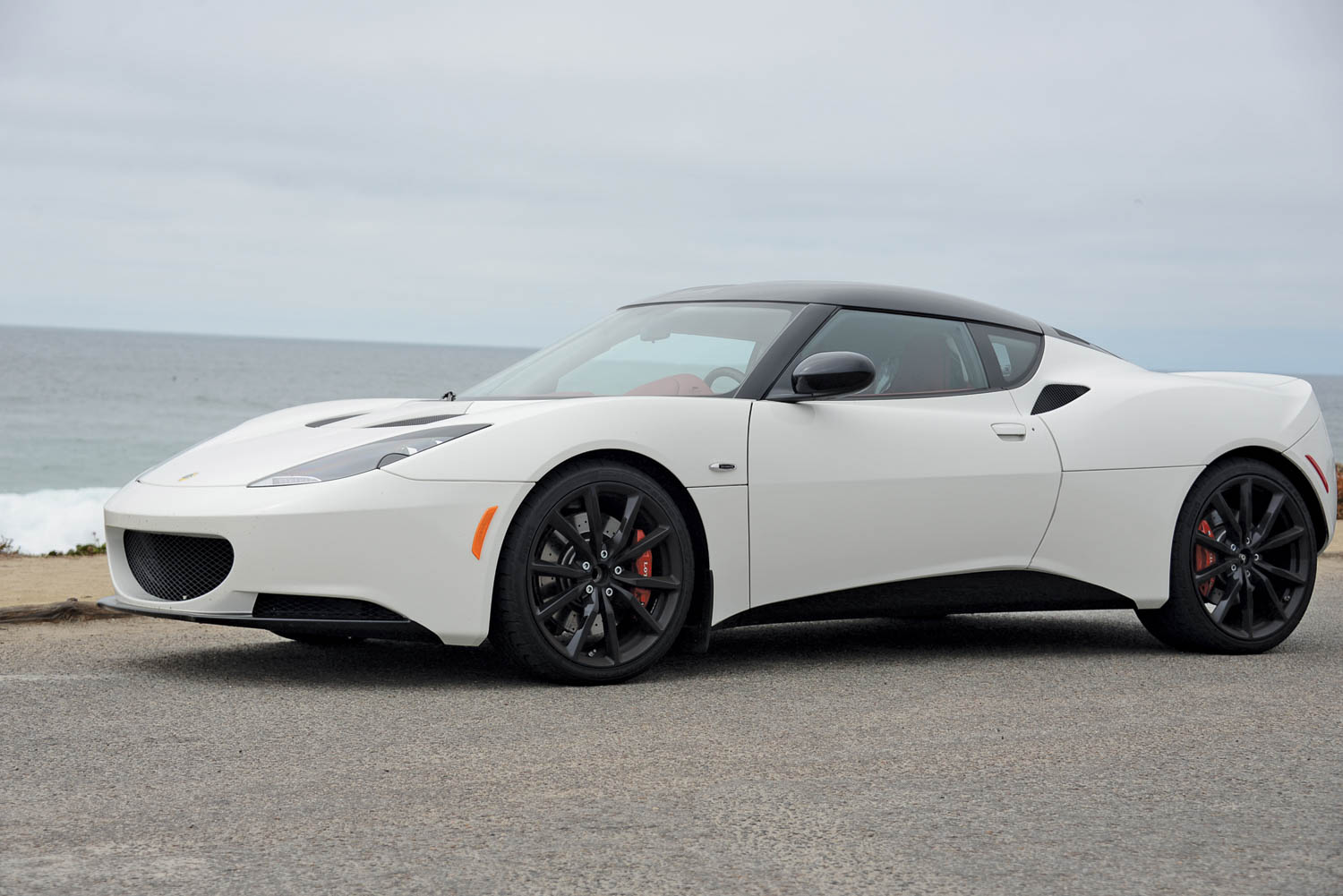 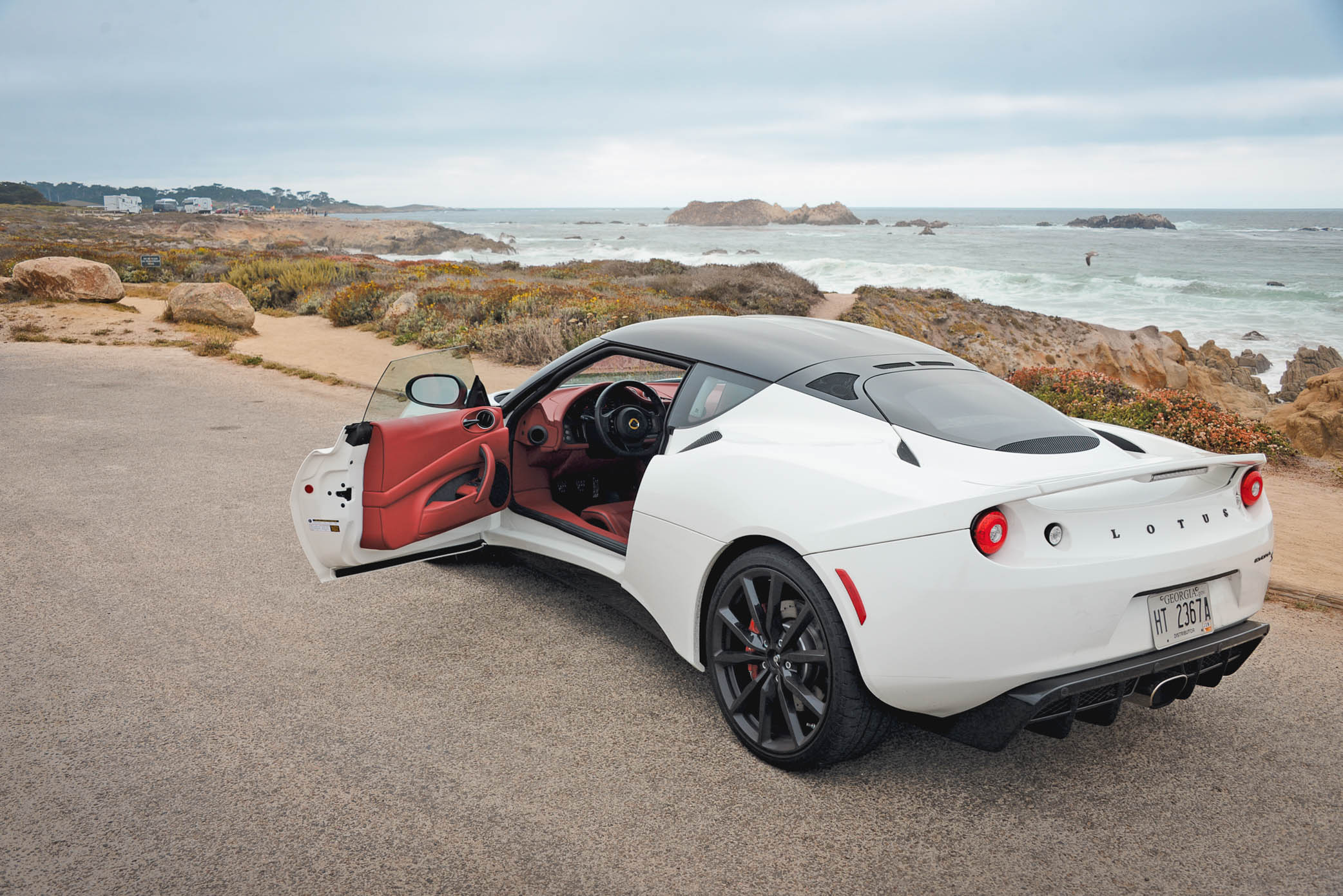 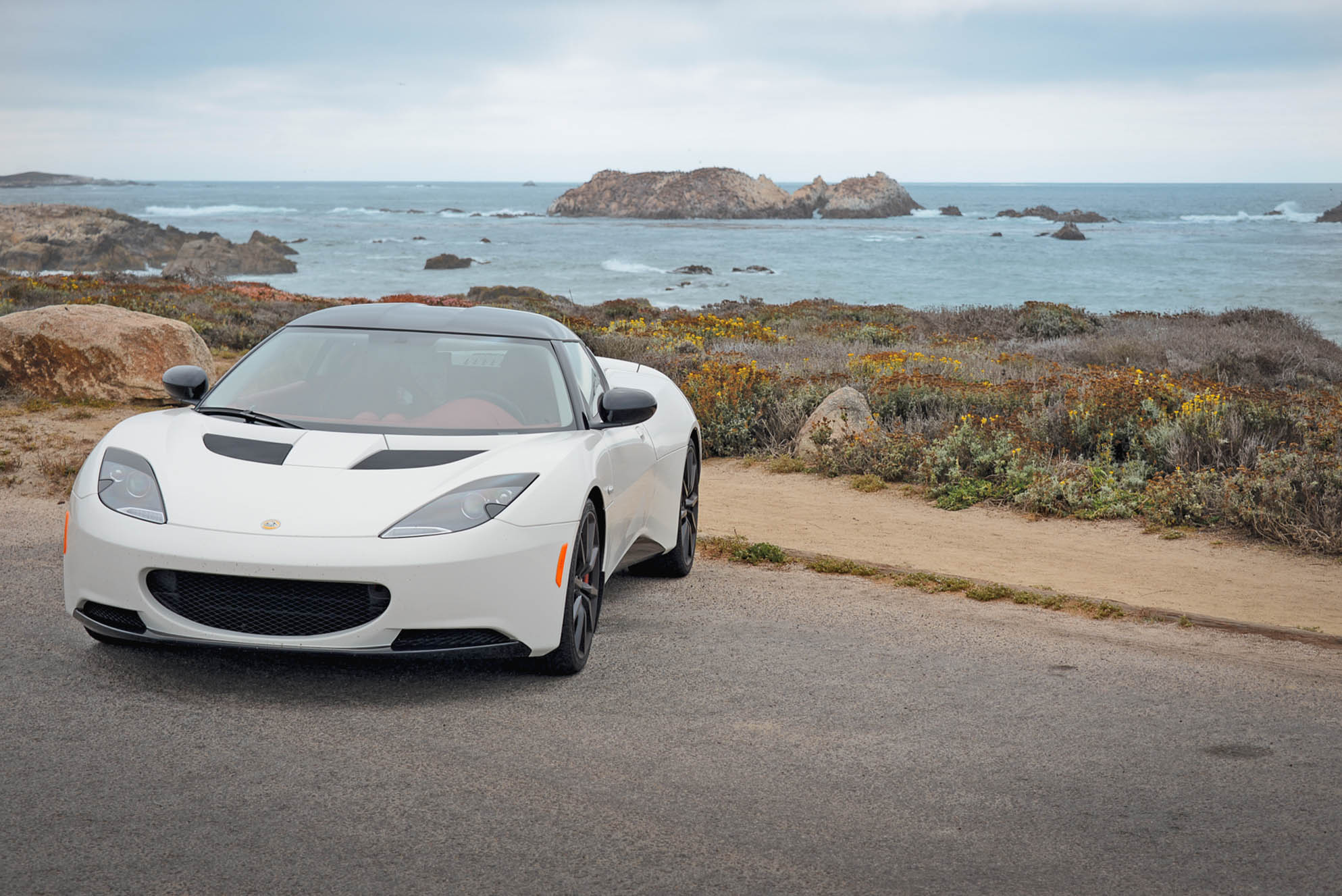 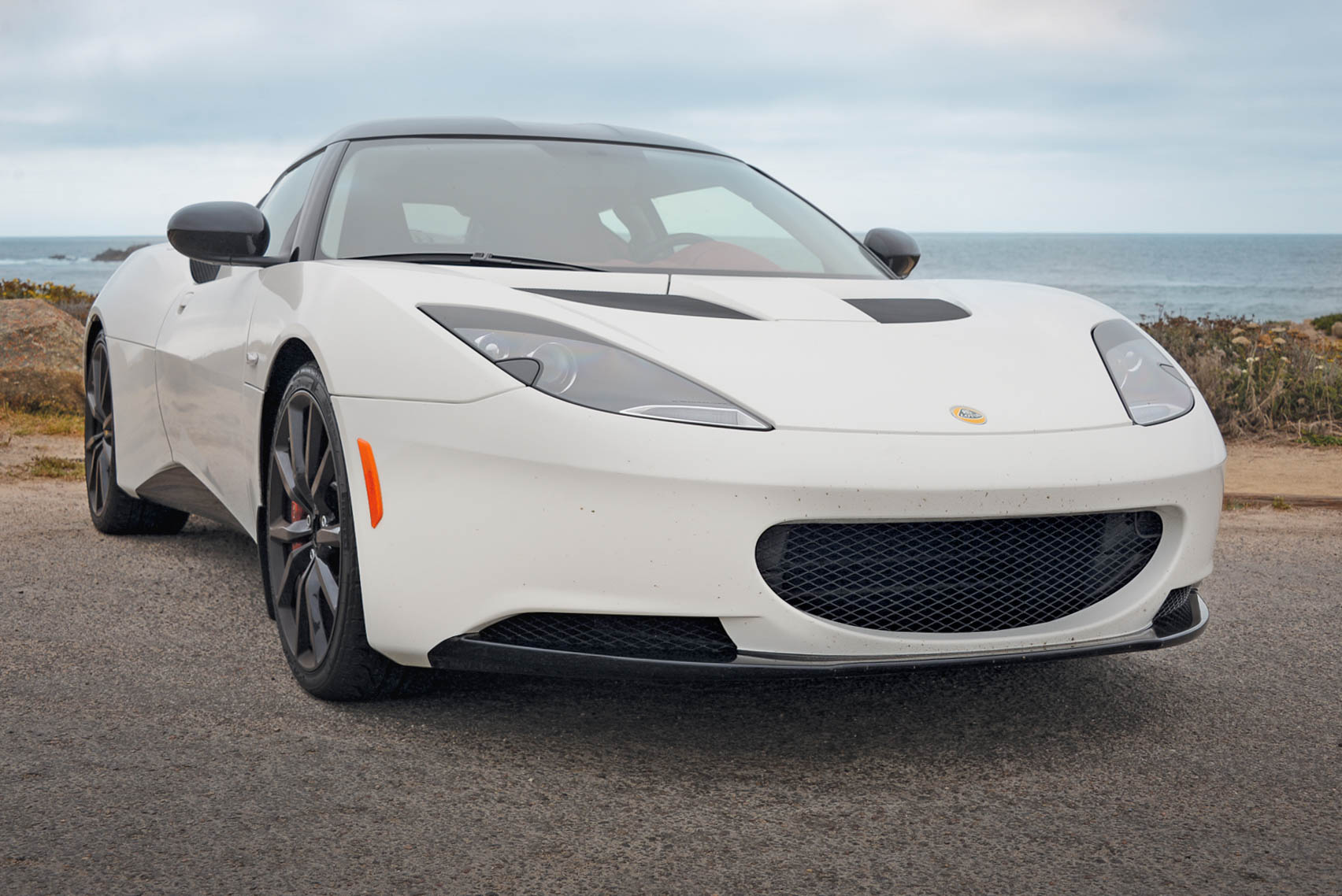 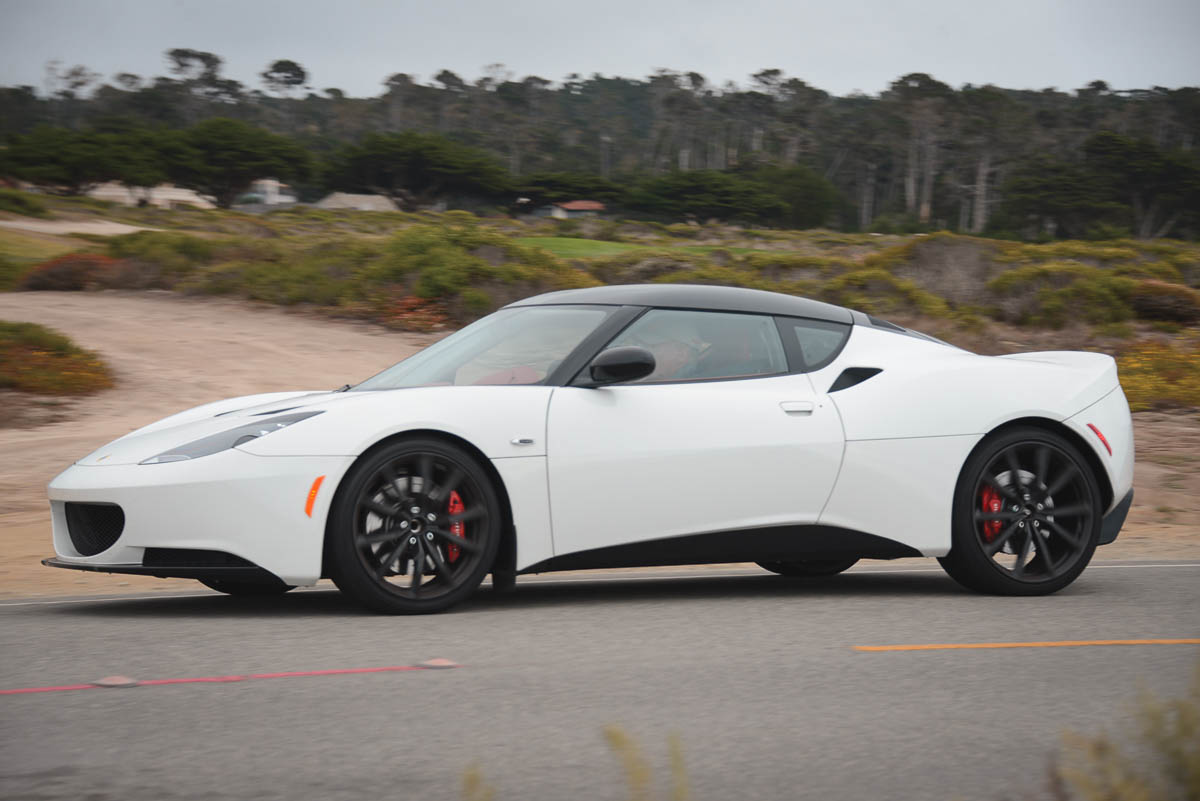 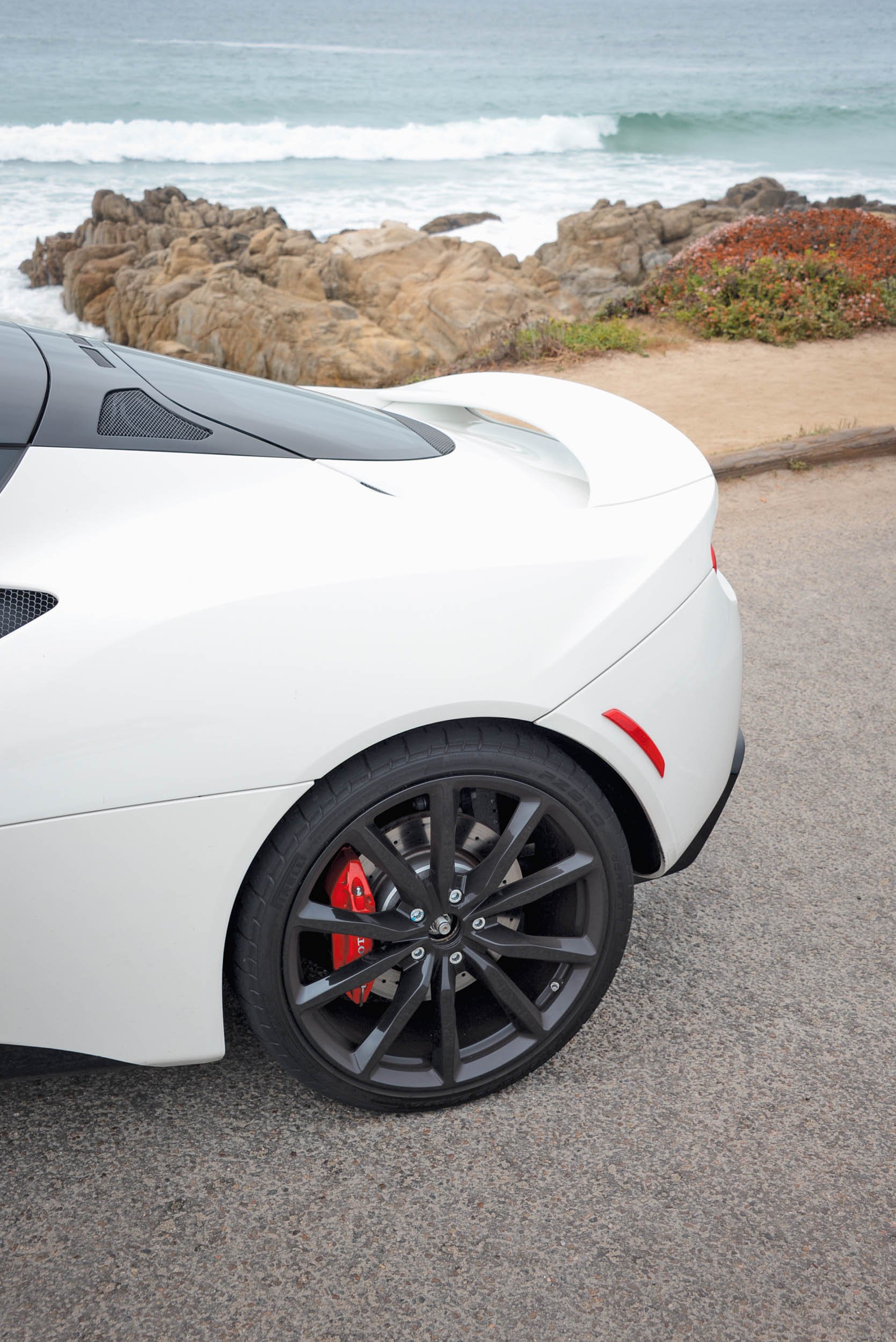 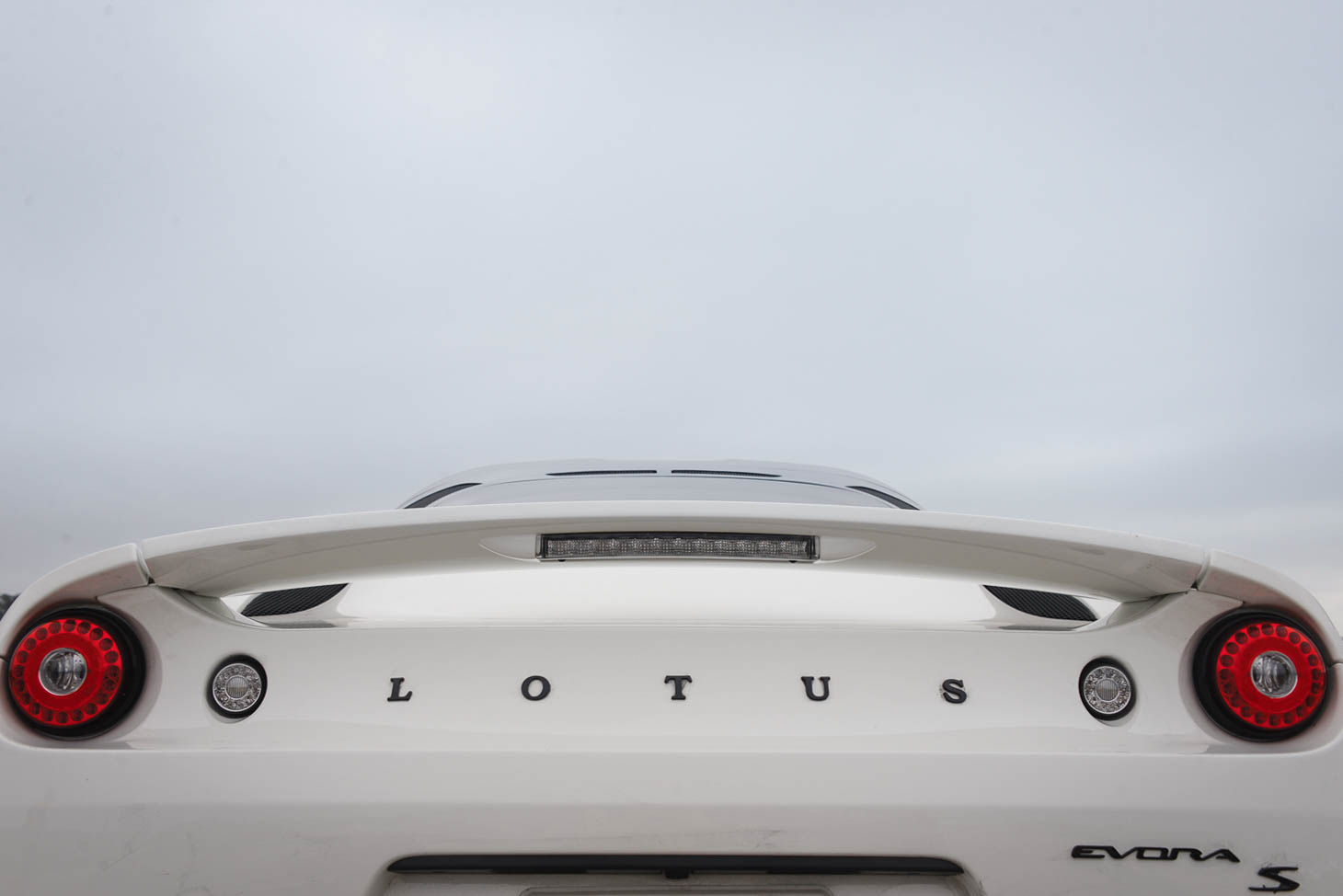 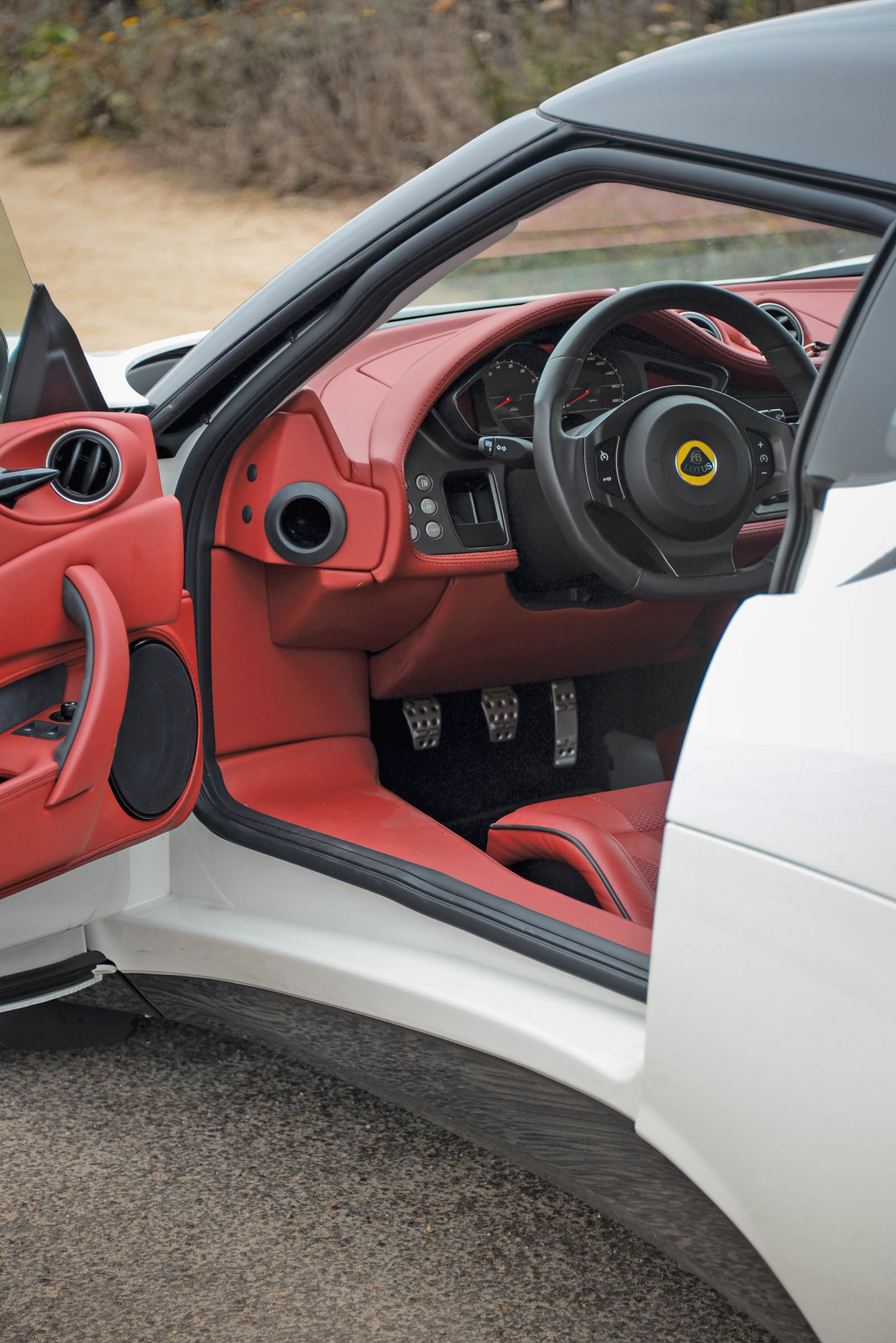