LOS ANGELES and Oxfordshire, UK — January 05, 2021 — At the request of a long-term client, Singer has looked to a golden era of Porsche rallying in the 1980s, and to automotive heroes including the 911 SC/RS and 959, to reimagine his air-cooled 911s as World Rally Championship-inspired, all-terrain competition machines.

Singer’s latest services will enable their clients to go off-road racing, with a Porsche 911 modified by Singer for all-terrain use. The results of the All-terrain Competition Study (ACS) will be shown on Singer’s Instagram channel @singervehicledesign from 8am PST/4pm GMT on January 5, 2021. A selection of images can be found at: https://www.dropbox.com/sh/ae157m35eo7y193/AACZK37i8ABXTkcP0LY1QUcba?dl=0 with all photos and video credited to Singer Vehicle Design.

The All-terrain Competition Study has been undertaken by Singer, in partnership with renowned 911 rally specialist Richard Tuthill, in response to the request from their client for modifications to his air-cooled Porsche 911 that would enable the car to compete in off-road racing and to demonstrate extensive all-terrain exploration capabilities. To highlight the broad repertoire of the ACS, the client has commissioned two machines, one – in Singer’s iconic Parallax White – focused on high-speed desert rallying and a second – in Corsica Red – configured for high-speed, high-grip tarmac events and disciplines.

Porsche 911s prepared by UK-based off-road competition specialist Richard Tuthill have dominated rally events for decades, with recent victory in the 2019 East African Safari Classic marking a remarkable 4th win in the grueling 5000km event across Kenya and Tanzania. These successes sit alongside deep expertise from the world of WRC competition and events such as the Paris-Dakar.

Modification services developed for the Porsche 911 Reimagined by Singer – All-terrain Competition Study include:

“So much of what we’ve done for the last decade has been inspired by Porsche’s competition success and the All-terrain Competition Study provides us the opportunity to showcase that idea literally and vividly.

We at Singer are motorsport nerds in our hearts and demonstrating our understanding of the discipline required our off-road vision to display deeply legitimate competition credentials from the structural engineering, to the bodywork ethos, to the mechanical package.

We’ve taken particular inspiration from the iconic Rothmans-sponsored 911 SC/RSs and 959s that conquered events like the Qatar International Rally and Paris-Dakar in the mid-‘80s and, at the request of our client, have reimagined these all-terrain 911’s in their honor while utilizing fresh perspectives and state of the art know-how.

As is our habit we chose to tackle our subject thoroughly and we are proud to have found the best in the world – always our ambition – to help us reach our goals. Like Williams Advanced Engineering before them with the Dynamics & Lightweighting Study, Richard Tuthill and his incredible team have allowed us to bring our vision for the All-terrain Competition Study to life in the most spectacular way.

We feel confident this machine can appeal to off-roading enthusiasm of all kinds, whether it be in the pursuit of professional competition at the highest level or adventure and exploration. ACS advances Singer’s capabilities in forced-induction, all-wheel drive, off-road ability and dynamic response – all of which will support our ongoing mission. This pursuit of focused competition studies is something you will see more of from us in the future.”

“This collaboration brings together the best of innovation, cutting-edge technology and decades of real rallying experience into one, amazingly capable, all-terrain off-road racing vehicle. In the 1980s we partnered with Prodrive to prepare bodyshells for the Rothmans 911 SC/RS that was part of the inspiration for ACS. I am delighted to have now partnered with Rob and the team at Singer to bring this incredible machine to life and look forward to working with them in the future. I am incredibly proud of what we have achieved.”

“Desert racing has got under our skin at Singer. I tested and ran a Trophy Truck with Jenson Button’s Rocket Motorsport in 2019 and we’ll be back in the truck for 3 events in 2021, so I know from personal experience exactly how demanding these events are. It’s been great to work with Richard, who has run the Baja 1000 himself, as well as a vast array of other off-road competitions, and apply all that knowledge and experience to this restoration for our client.”

The commissioning owner has agreed that the results of the All-terrain Competition Study will be available to others who wish to equip their cars with this off-road capability.

As always, each car is approached as a bespoke restoration and Singer’s special wishes personalization approach is available. The price for the restoration services based upon the results of the All-terrain Competition Study will be dependent on the specification chosen by the owner.

The ACS restoration has been undertaken as a collaboration between the two companies. Singer’s Design Office in California has led a joint engineering team with assembly undertaken in the UK at the Tuthill facility in Oxfordshire. Future cars will all be modified at Tuthill’s facilities. Support packages for racing and maintenance will be available.

As with all Singer’s restoration services for owners of the Porsche 911, the car takes the Type 964 generation of air-cooled cars as its starting point. At the heart of the machine is an evolution of the “Mezger” air-cooled flat-six, here in 3.6L form, with twin symmetrical turbochargers and fly-by-wire individual throttle bodies. The performance characteristics of the engine can be tuned depending on the demands of competition and the owner.

A bespoke carbon fiber body is optimized to allow easy access to mechanical components at service stops and to enable effective breathing and cooling for the powertrain. The use of carbon fiber allows Singer to reduce overall mass and, for this car, to offset the extra weight of the roll-cage.

The All-terrain Competition Study draws on Richard Tuthill’s extensive knowledge of the demands of both on and off-road racing. The bespoke suspension and damping, together with AWD configuration is designed to enable effective deployment of the car’s power off-road. The strength designed into the car’s structure and components is a response to the forces encountered during high-speed, off-road endurance events and pathfinding.

Inside, the All-terrain Competition Study reflects the demands of off-road racing. FIA specification seats and harnesses sit within a full roll cage. The car is equipped with a race GPS navigation system while both driver and navigator have access to in-seat rehydration systems.

Singer’s restoration services encompass both sports cars for the road and now off-road motorsport competition. As always, the results are guided by the Singer philosophy – a Relentless Pursuit of Excellence.

Founded in California in 2009, Singer has become globally known and respected for its celebration of the Porsche 911. The company undertakes bespoke restorations for owners of the air-cooled cars. Singer is guided by a philosophy that encompasses:

Over the last decade, Singer has become an automotive brand with a global clientèle and is now synonymous with the concept of Reimagining – bringing together heritage with twenty-first century perspectives. The brand has been growing beyond car culture, with an award-winning Swiss watchmaking division, Singer Reimagined, launched in 2017.

Specialising in historic motorsport preparation for racing or rallying and unique Porsche adventures all over the world, Richard Tuthill runs one of the best-kept secrets in the world of classic Porsche and is the official after-sales partner for Singer in the UK.

The company’s reputation for reliable rally cars was cemented in 1977, when Richard’s father, Francis, raced the London to Sydney Rally in a fully prepped Volkswagen Beetle. Victory in the 1993 London to Sydney Rally followed and it wasn’t long until Porsche 356 and then 911 owners began to call for help and advice, creating a legendary association that is now almost four decades old.

Along the way came a partnership with Prodrive, preparing bodyshells for the famous Rothmans Porsche 911 SC/RS, and Subaru Legacy rally cars piloted by drivers including Colin McRae. Tuthill prepared the first Porsche 911 to compete in the World Rally Championship for almost thirty years and the team won the 2015 FIA WRC R-GT championship in a 997 GT3 R-GT rally car. 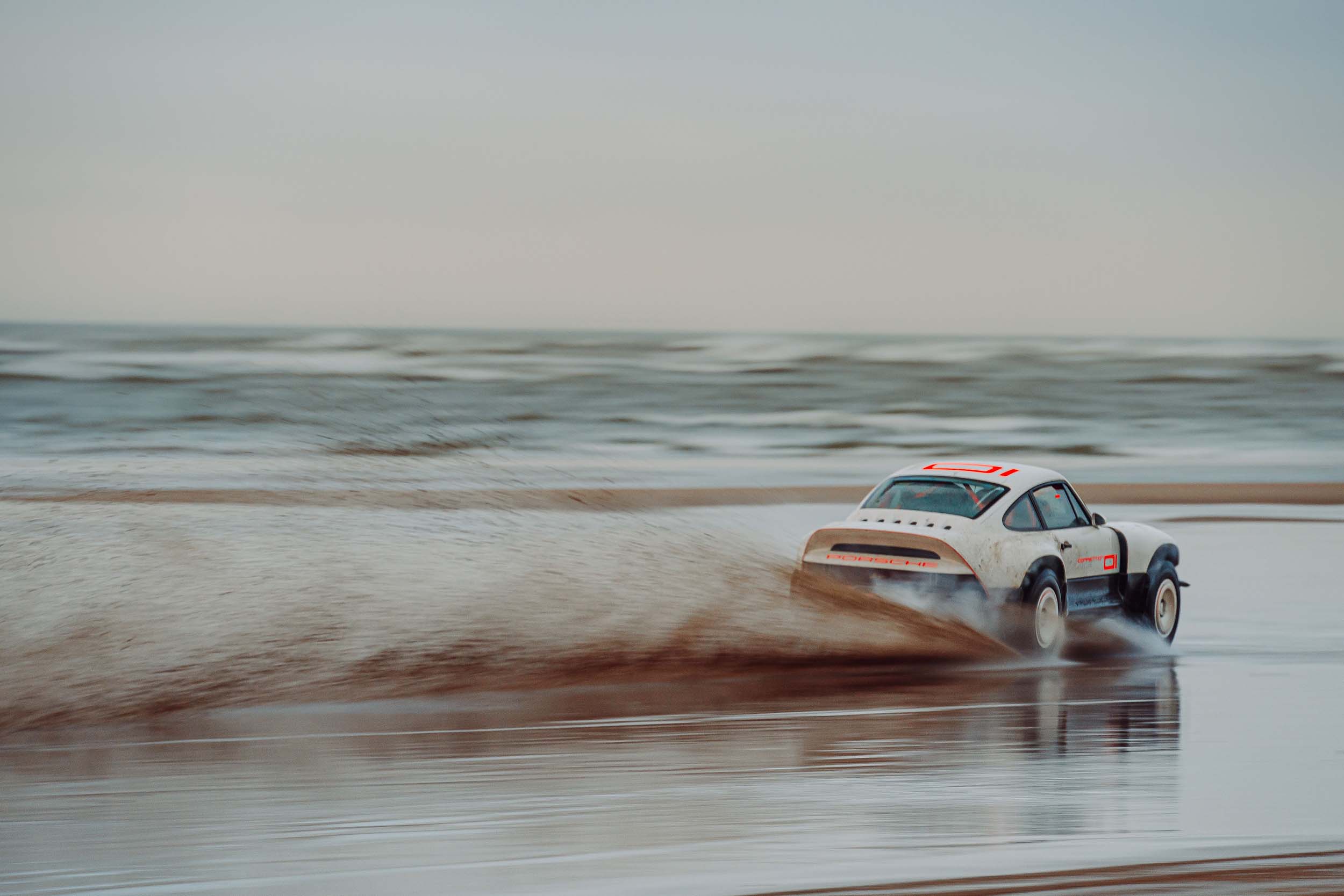 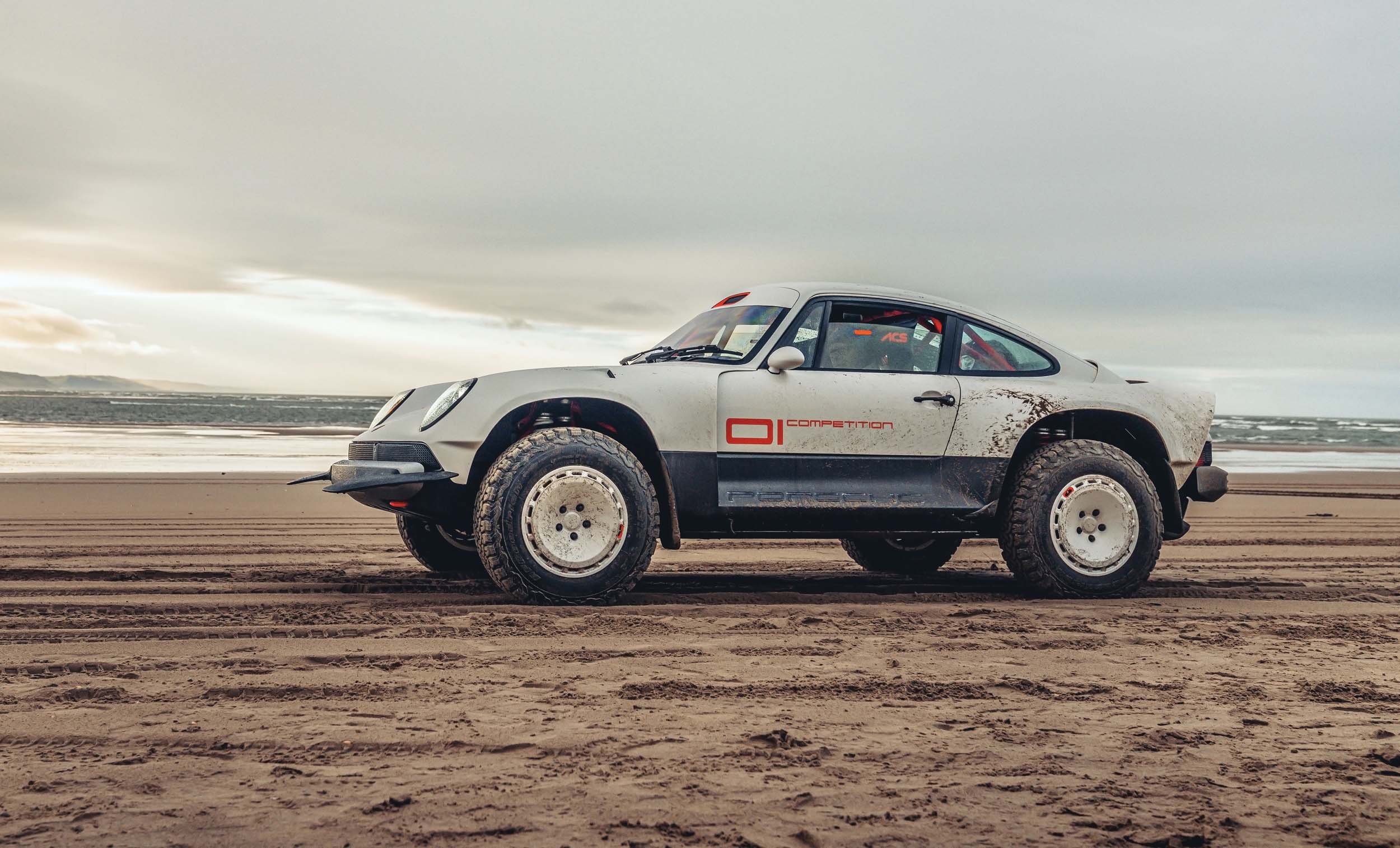 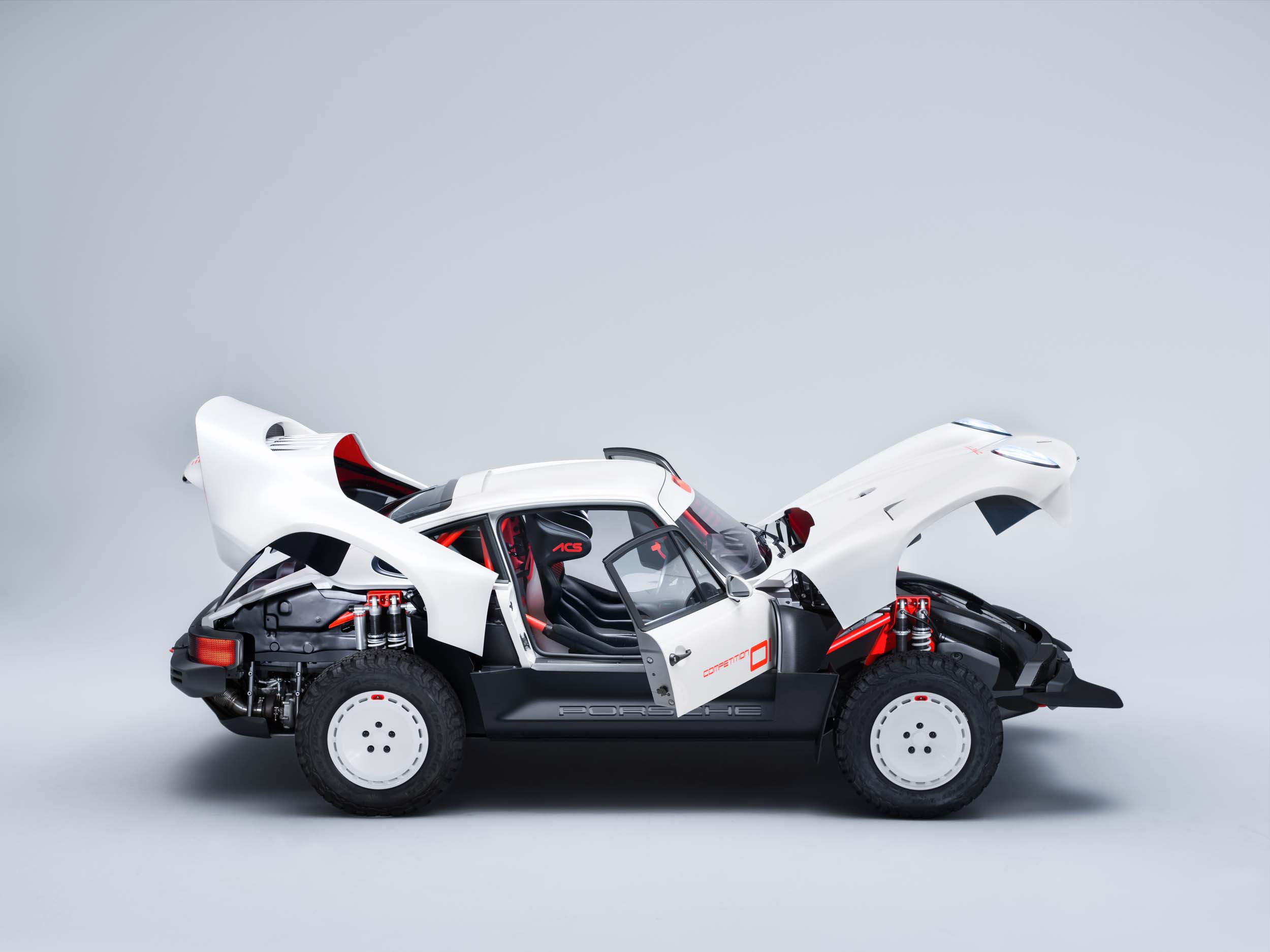