I recently spent a day behind the wheel of Tesla’s Model S…a P85+ to be more precise. This is not a unique experience as many well-healed buyers now own the Model S, and according to sales reports, the company is selling more every week. On the other hand, the Model S is deceptively different than almost any other car I have ever driven. In appearance and accouterments the Model S may appear to ape any other premium car, but it is indeed, very different. More importantly, for some people…in some situations…the Tesla Model S is probably the best car in the world.

I must admit that I am abnormally objective and unbiased in my opinion. My father, and a number of other relatives, truly enjoyed electric anything. As a result, my childhood go-cart was a hand-made electric one, with a starter engine for power. Most of my lawn mowing was done with similar technology, provided by GE, on an electric tractor.

So, with this as background, I can say that the Tesla Model S is first, a very nice and useful car, and second, a lot of fun when used in the real world.

The Model S is revolutionary, not necessarily due to the car’s totally electric drive, but for the simple fact that it is a good car, a really, really good car. Electric cars have been around since the mid 19th century, but they were last competitive in the early 20th century when the need for longer ranges and continuing advances with internal combustion engines meant that electric cars were no longer competitive. Since then, a lot of electric cars have been produced, but outside of golf carts, and other very narrowly defined niches, they have been woefully bad at their core competency…being cars.

But if you need one car that will be all things for you the Model S is not your car. While it has excellent range for an electric car, you can’t drive until “empty,” charge up your batteries in a few minutes, and be back on the road. Do you want to take your car to the track? Do you live in an apartment with no garage? You get the idea. Tesla has Supercharger stations, lease programs, and many plans for the future, but, in this writer’s humble opinion, the Telsa is not a “100%” car…yet.

However, for the bulk of most US driver’s everyday driving…in traffic or the open policed road, driving less than 150 miles a day, with a home to plug into every night…the Model S is astoundingly good. Really.

I could write pages on all the various numbers associated with this car…range, voltage, environmental trade-offs, materials and charge times, but I won’t. Suffice it to say that the Model S is not a financially justifiable choice, at least for the individual buying the car. Of course, most of the vehicles we cover in Auto Exotica will not be financially justifiable choices. What matters to us, and we believe to you dear reader, is how the car drives. And the Model S, while differing in some ways from the collective enthusiast ideal, drives very well.

It is an instantly reactive car. It reacts when you walk up to it by popping the door handles out. It reacts when you get in by “waking up”. And it reacts when you put your foot down on the throttle. The Model S goes in a way that is much different than any internal combustion-engine car. I had never before considered the inertia of millions of air molecules being sucked into an intake system and the time to inject fuel, and combust it., The electric motor, does not consider them either. It just goes. In normal day-to-day driving, it is undoubtedly the most reactive car I have ever been in. How it holds traction with the force being applied, I do not know, but it accelerates with an almost instant magic. This, more than any other characteristic, defines the car.

In a similar way, the low center of gravity, and relatively quick (variable) steering ratio, make for quick and fleet-footed maneuvering. Despite its size, the Model S is one of the quickest cars to navigate through traffic.

In and around the beautiful cityscape of Chicago, traffic, as always, posed a bit of congestion. I was driving behind a beautiful Mercedes-Benz CLS AMG that was being driven sluggishly, just traipsing down the road and, annoyingly, blocking a lane. But for a mere moment there was an opening, and before the Benz driver could even think about taking it, I was ahead of him. And that length of time includes my assessing the opening, accelerating, and maneuvering. Yes, in a ZR1, in second gear at 5000 RPM, I could do better. Maybe. But Holy Accelerative Forces Batman, abilities like this will make you smile.

In a way, all of the above, the rapid turn in and bite, the lunge forward as your foot is still leaning into the accelerator, and the incessant quietness while all that happens, has a strange and artificial quality to it.

Some of the artificiality can be attributed to the (obviously) electrical steering. It has decent weight and is quick and well connected to the car, but there is a noticeable lack of feedback through your fingertips. The rest of the controls have a similar videogame quality to them. After some reflection, I think this might be partly due to my being used to cars that take their time to react to inputs. When the car reacts so immediately to my inputs, it reminds me more of driving in a video game than a real car. But this is my old conventions and habits showing, not a failing of the car.

The interior of the Model S is not sumptuous in the manner of an A8 or a 7 series BMW, cars with which it competes in price, but it is a nice place to spend time. It is mostly clutter free because of the giant iPad for a center stack, and the rest of the interior is pleasant. It all works well, so long as you have hand-eye coordination and are not distracted. A majority of the functions of the car can be accessed through the steering wheel mounted controls. There is not much in the way of buttons or redundant controls, but the touch-screen functioned and reacted much better than Cadillac’s CUE or Ford’s SYNC. The Tesla’s controls are far more tunable and adaptable than these other systems as well, allowing each driver to personalize the layout and presented information in their own preferred way.

Another surprise in driving the Model S is that the accelerator pedal works…in both directions. Push forward and the car accelerates, pull back and the car decelerates…significantly. The Model S applies brakes when you lift off throttle in order for the car to capture the heat extracted from the brakes and turn it back into electricity for the batteries. Drivers can switch between two modes: standard (which we drove in) and low which allows for some “coasting”. In standard mode it is possible to come to a complete stop without ever applying the brake pedal. Tesla uses an accelerometer to monitor the regenerative braking and automatically applies the brake lights when active. And speaking of brakes, the brakes in our P85+ are very good hydraulic brakes. This was a relief in such a complex car as the brakes were easy to modulate and work very well.

Tesla’s Model S is a large and heavy car at more than 4,600 lbs, and while it is deceptively quick at low speeds, at higher speeds you definitely feel the mass in the car’s inability to continue accelerating or change directions quickly, at least compared to something like a Corvette or Cayman. The size of the Model S does have its benefits as well. It is blessed with vast amounts of useful space. There’s a large front trunk, or “frunk” as Tesla calls it, with 5.3 cubic feet of space, and a large trunk under the rear hatch. With the rear seats folded, the Model S has around 58 cu ft of storage space if the rear seats are flipped down. Interestingly enough, the lack of an engine (in the front OR rear) allows more “crush space” in crashes. Combined with excellent design and engineering, this has given Tesla the best crash test result the US government has ever measured.

But for me, this is not a car that works best at high speed, even ignoring the range limitations exacerbated by high-speed travel. At those speeds the car still works well, but its limits are closer. The Model S truly comes into its own at slower speeds when surrounded by moderate traffic.  Considering the combination of instant performance, great visibility, comfort and an array of entertainment at your fingertips, I would be very hard pressed to name a better car for the daily grind if your commute includes stop-and-go traffic. In these circumstances, the Model S is unsurpassed.

Would I buy one, knowing the limitations, and the unproven history, as well as the mystery of depreciation of such a uniquely different car? Yes. But…for me, it could not be an only car.

This goes back to the reason ICE cars beat out electric cars a hundred years ago. Today, I can get in my car and drive across the country, stopping for gas and bathroom breaks that last as long as I want them to…not as long as I need them to. I can also drive on any road in any direction knowing that somewhere along the way will be another gas station.

In the Model S, like any other electric car, you cannot charge the car anywhere near as fast as you can fill a gas tank. That means even with Superchargers (Tesla’s quick charge stations) Tesla drivers must plan their trips around where they can “fill up” and on how long they will be at those stops. Not because they want to be, but because they need to be.

All in all, in this writer’s opinion, the Model S is the best, most significant car in decades. Yes, it can be charged at home and is as clean as your local electric utility. But it’s a great car even ignoring that.

Chevy’s Volt has won lots of awards. The Prius is a brilliant and efficient solution to maximize fuel economy. But the Volt and the Prius, as well as various diesels, show the sacrifice and compromise their owners make to be efficient and to suffer the consequences. While range increases, performance decreases. The Model S? Not so much. Not to belittle the Volt and Prius, but I’ve driven them, and they are the Dan Quales of autodom, not the JFKs.

The Tesla Model S is a great car, first, which happens to use batteries to store energy.

Spend money. Save the world. Have fun and don’t compromise. Not a bad set of ideas, all in all. 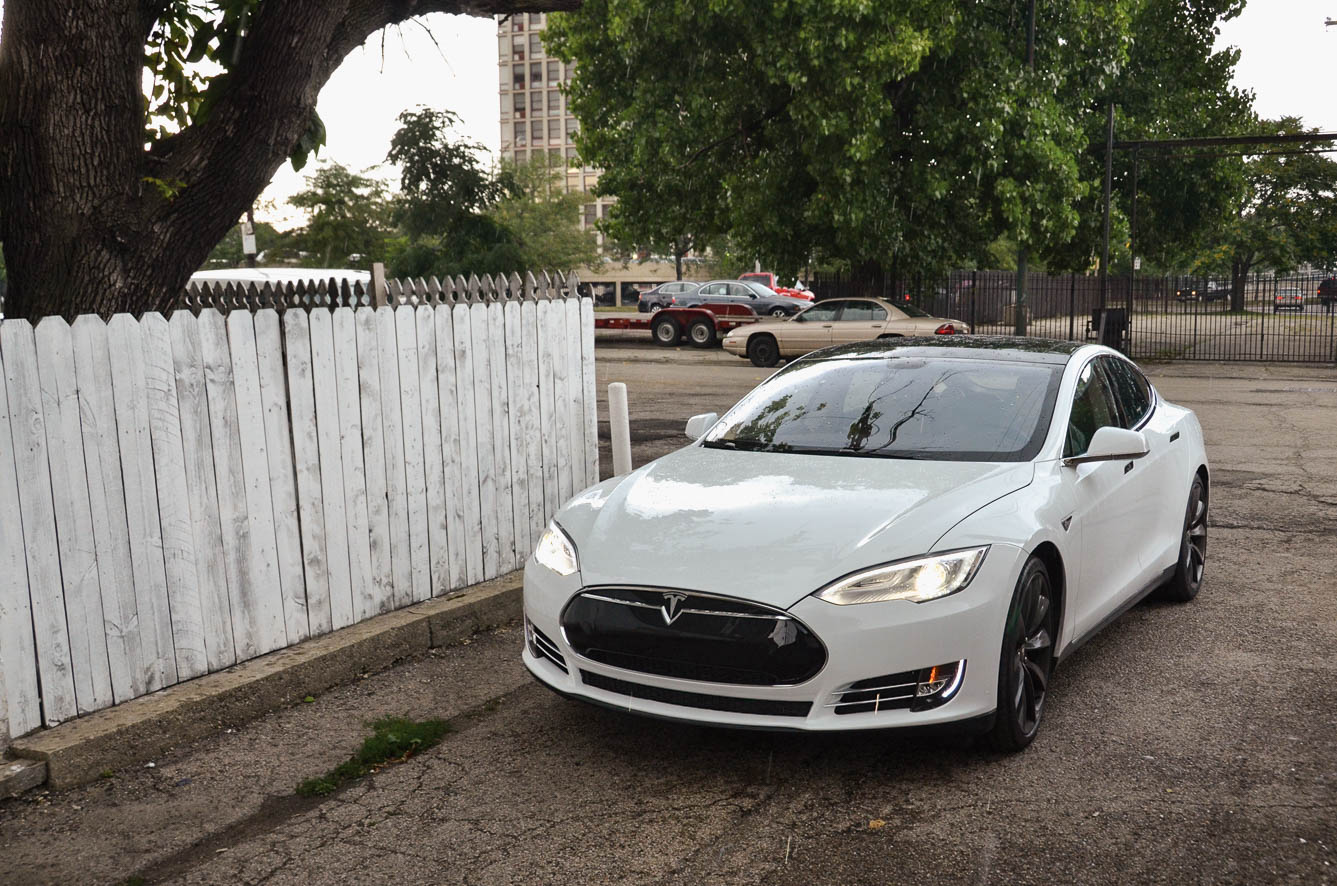 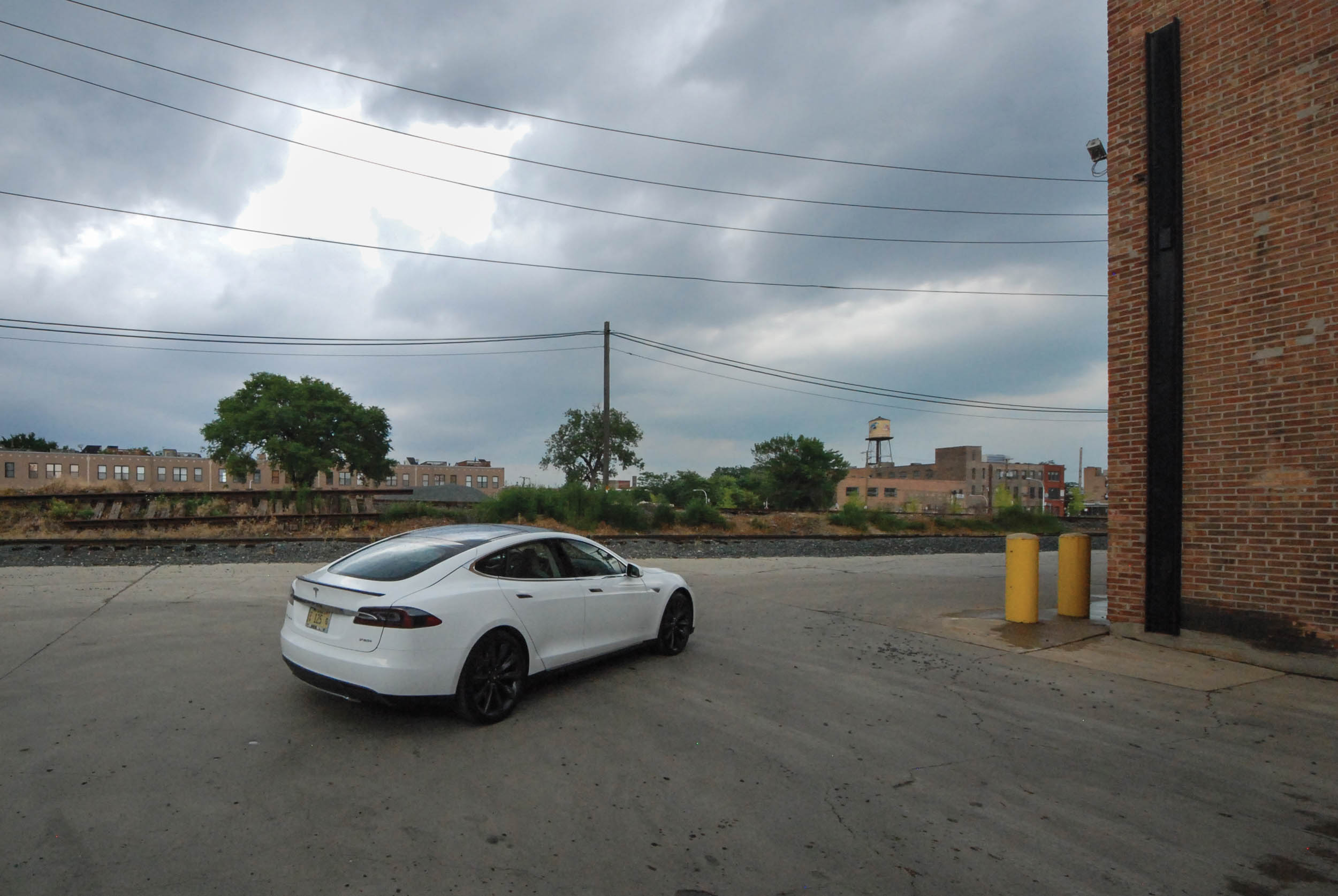 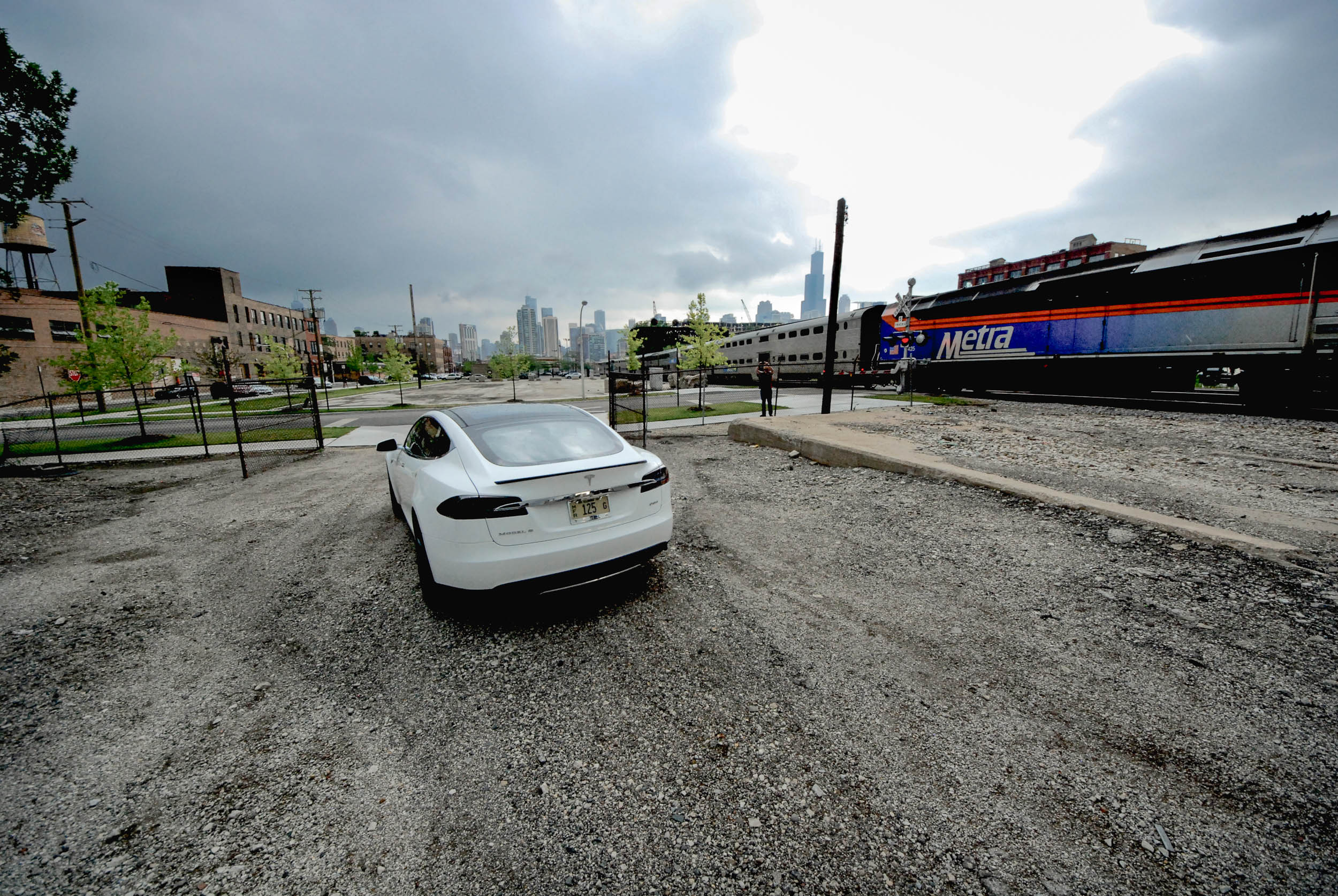 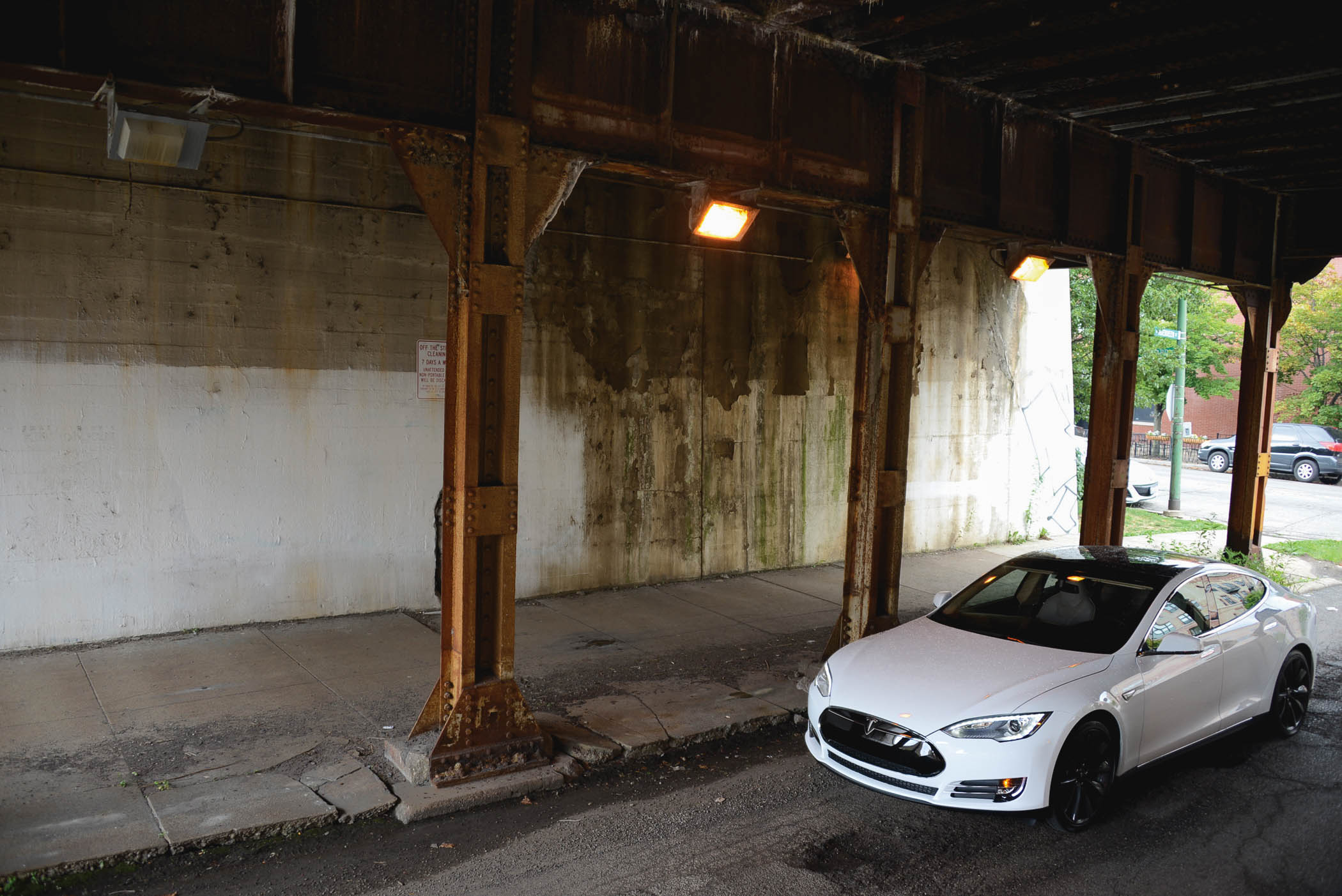 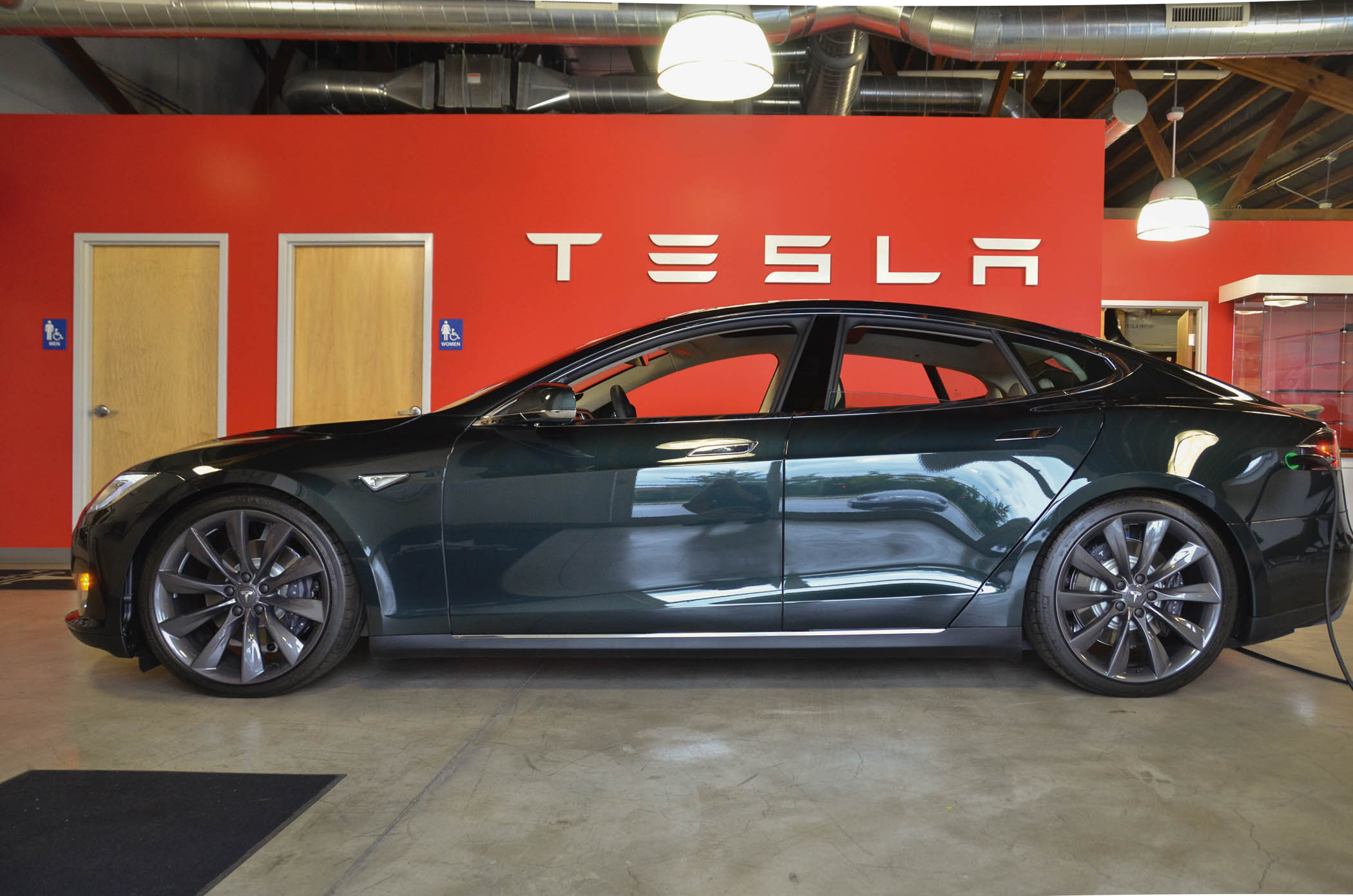 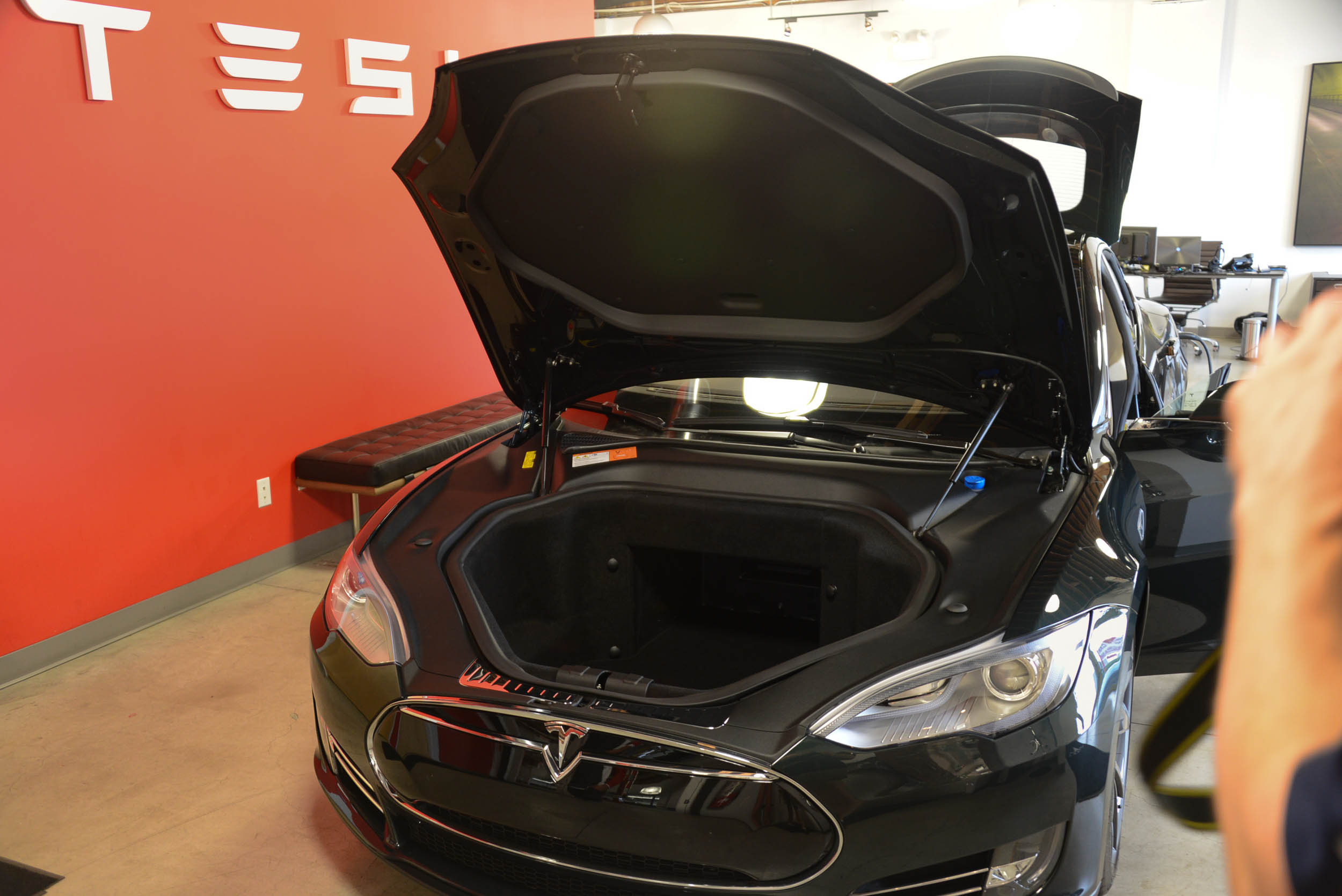 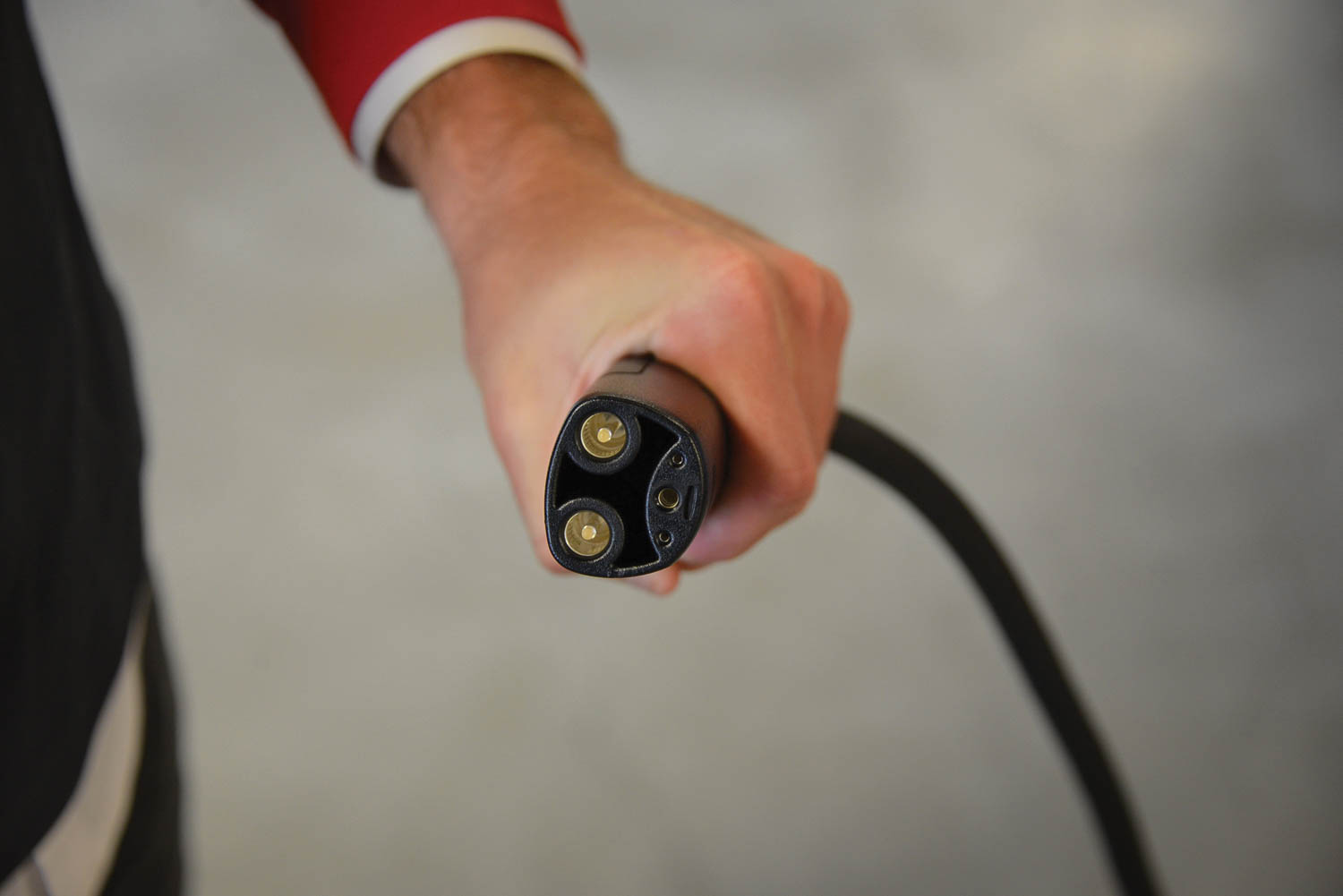 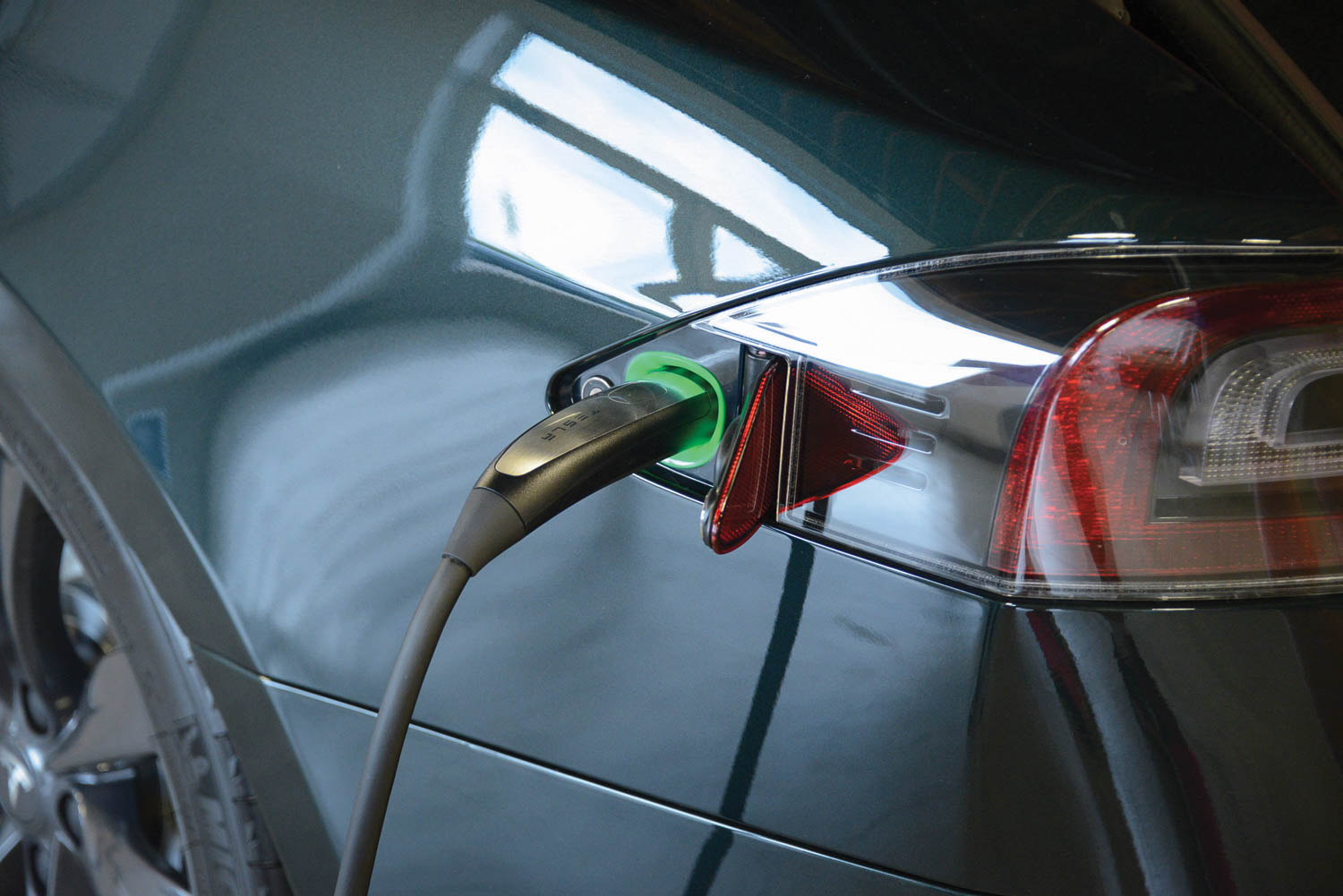 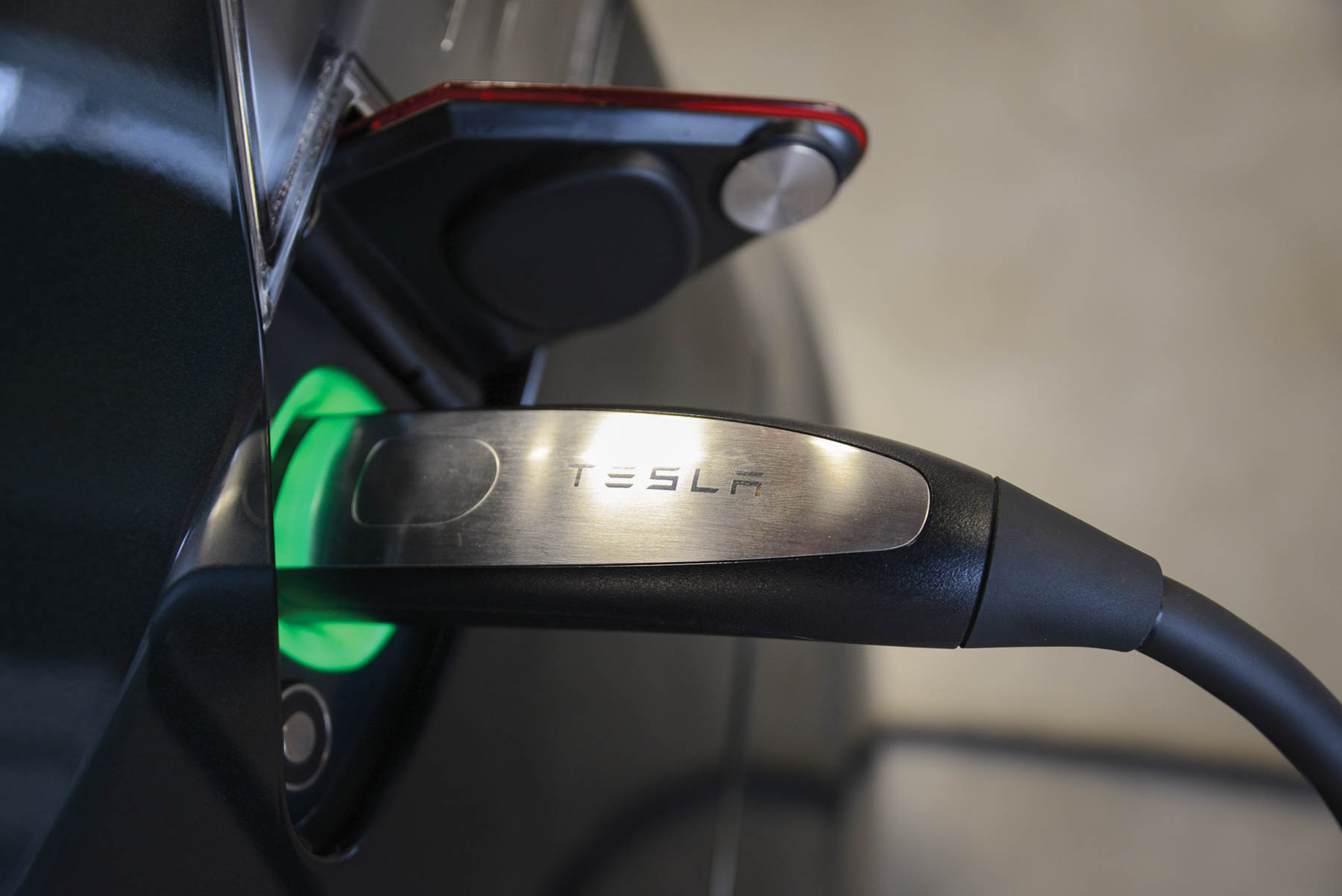