“This was an exciting test of ID.4 technology because no other production-based EV had ever entered this event, let alone completed it,” said Scott Keogh, President and CEO of Volkswagen of America. “Congrats to our team for demonstrating that EVs can stand up to extreme environments, and showing how fun electric vehicles can be. The ID.4 could definitely be the Baja Bug for the electric age. ”

The ID.4 was one of the 64 vehicles that finished the entirety of the NORRA 1000, out of 90 cars and trucks entered. “This was everything we had hoped for,” said Tanner Foust. “The course was challenging, but the ID.4 was more than up to the tasks we asked of it. This demonstrates the real potential for EV technology to make an impact in all sorts of areas that we have only just begun to explore.”

Stages measured between 33 to 167 miles, and the ID.4 was able to recharge mostly using a portable biofuel-powered generator connected to a 50 kW flat charger. In a couple of instances where the ID.4 was scheduled to be transited to the next stage but the charger was not available, the team flat-towed it behind a chase vehicle for a short distance, using the regenerative braking to add range.

While the 201-horsepower electric motor, battery pack and drive systems were left stock for the race, the interior was stripped and modified with a roll cage, racing seats and supplemental screens for key data like battery temperature. The suspension was thoroughly reworked with rally-style coil-over struts at all four wheels and tubular lower control arms in the front and boxed lower rear links. The radiator was raised several inches to improve approach angles and cooling capacity, and additional skid plates of 3/8-inch steel added to the undercarriage.

Despite the brutal nature of the Baja wilderness, the only damage suffered by the ID.4 was some cosmetic injury to the rear bumper. All of the vehicle’s key power, battery and control systems performed as expected. The ID.4 was raced mostly in “B” level battery regeneration mode with stock traction control turned on.  Foust drove most of the race, with writer and off-road racer Emme Hall completing two stages. 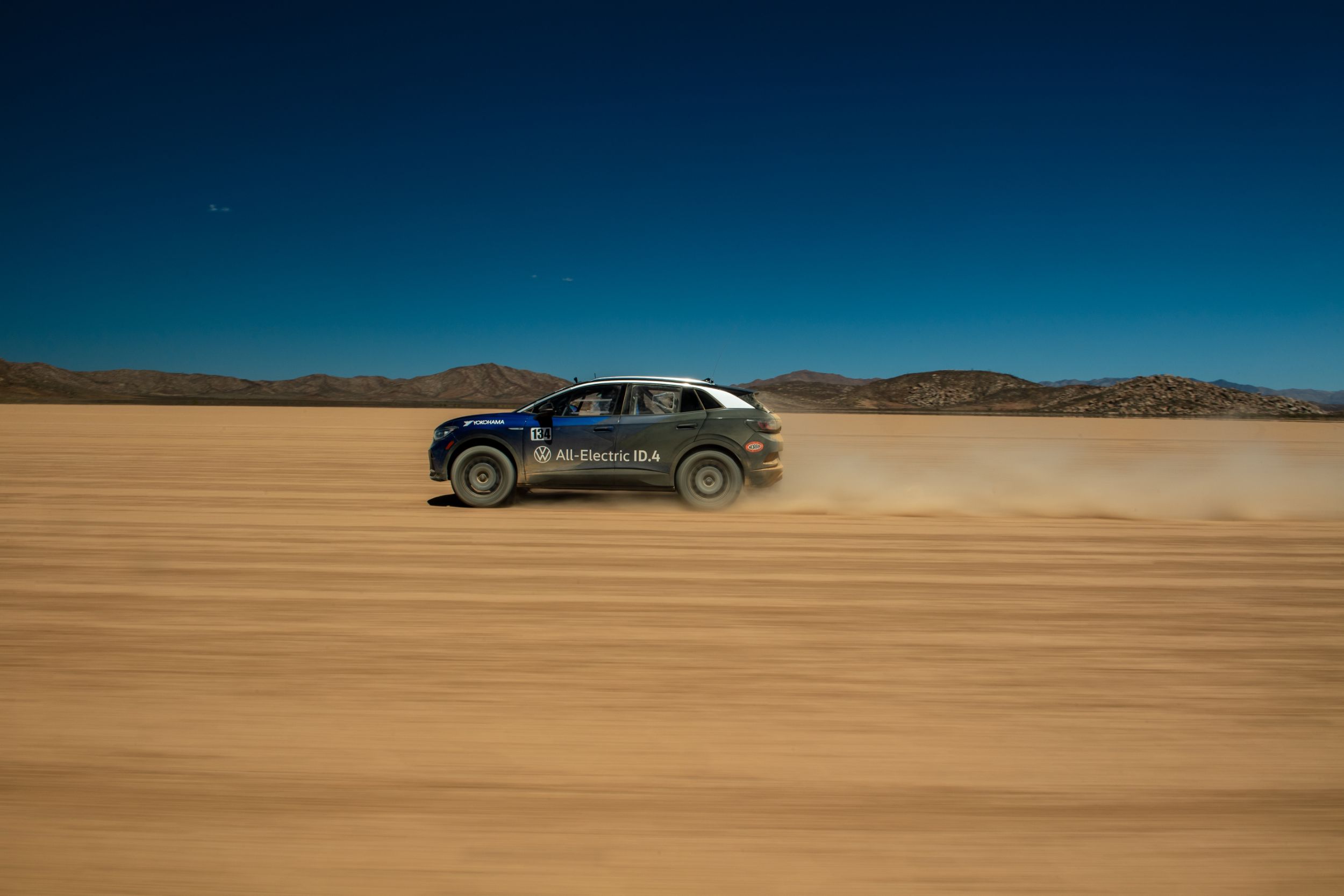 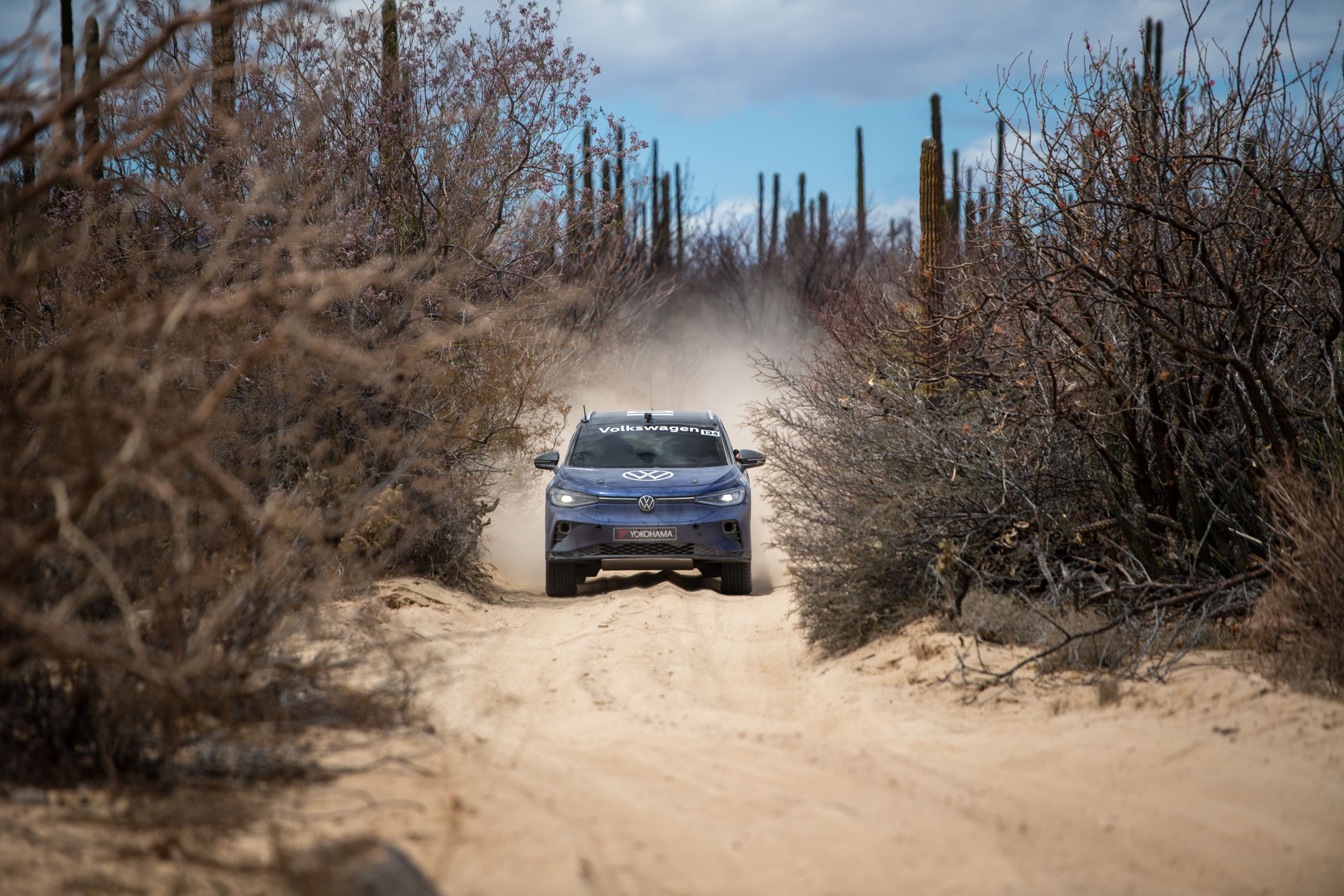 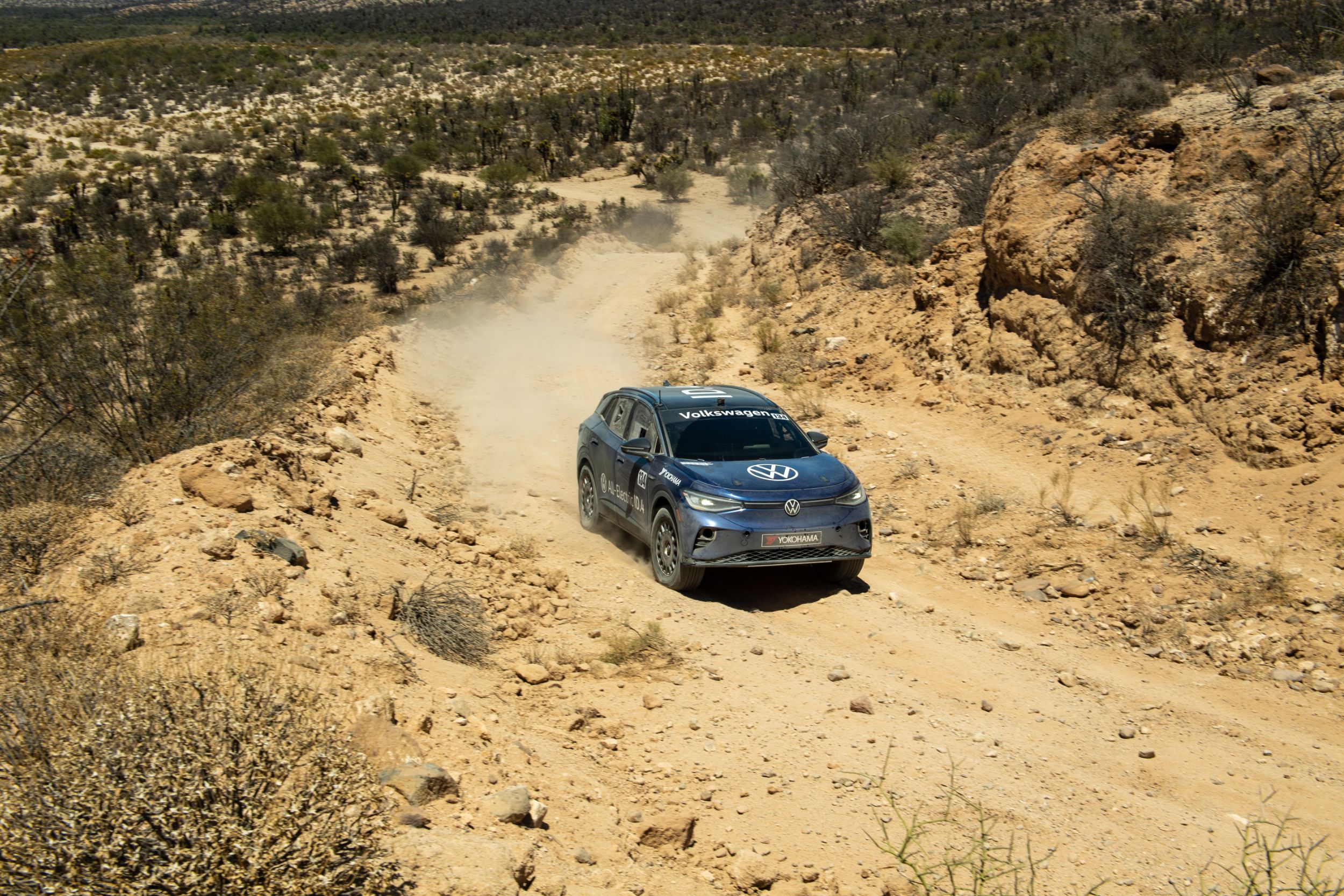 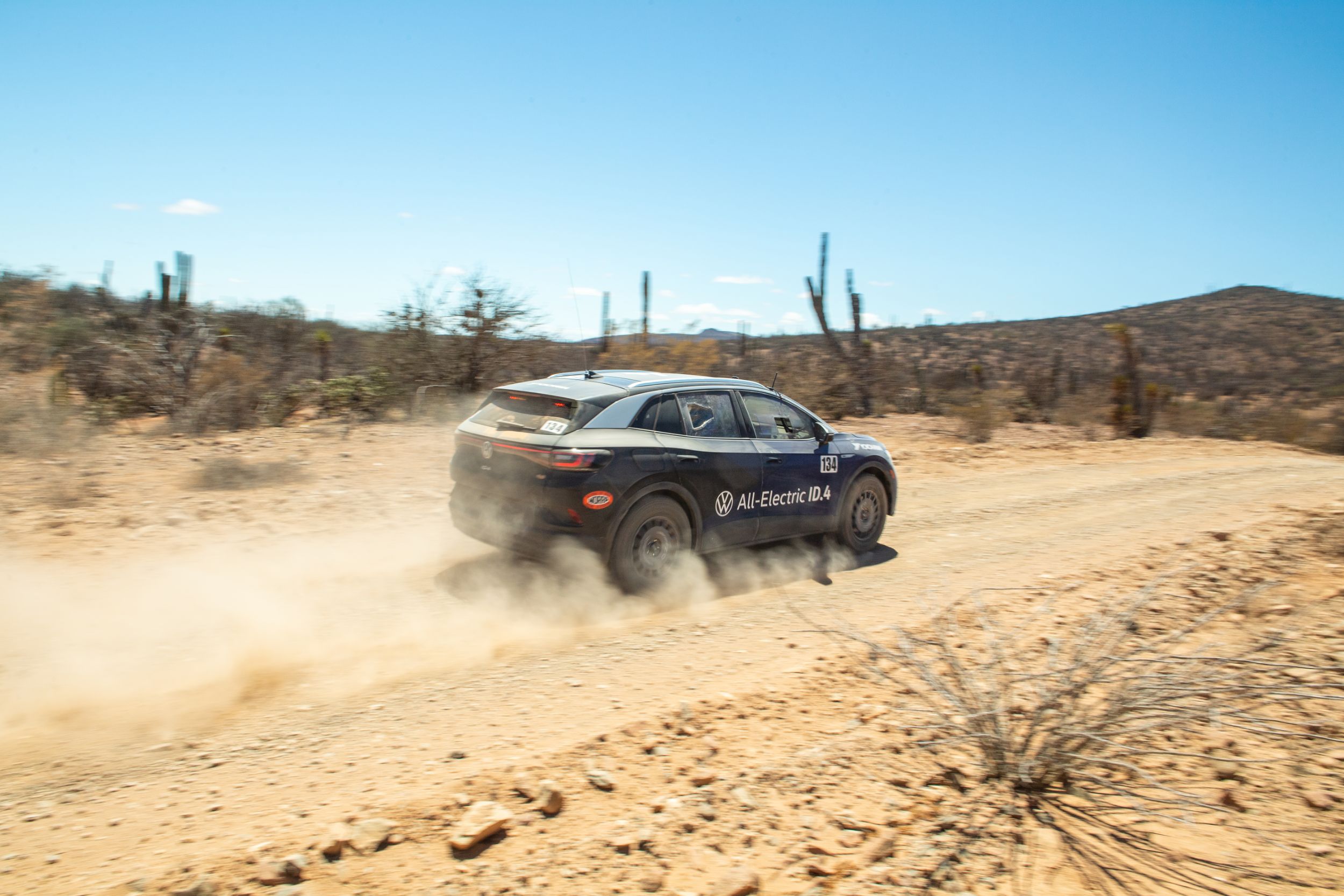 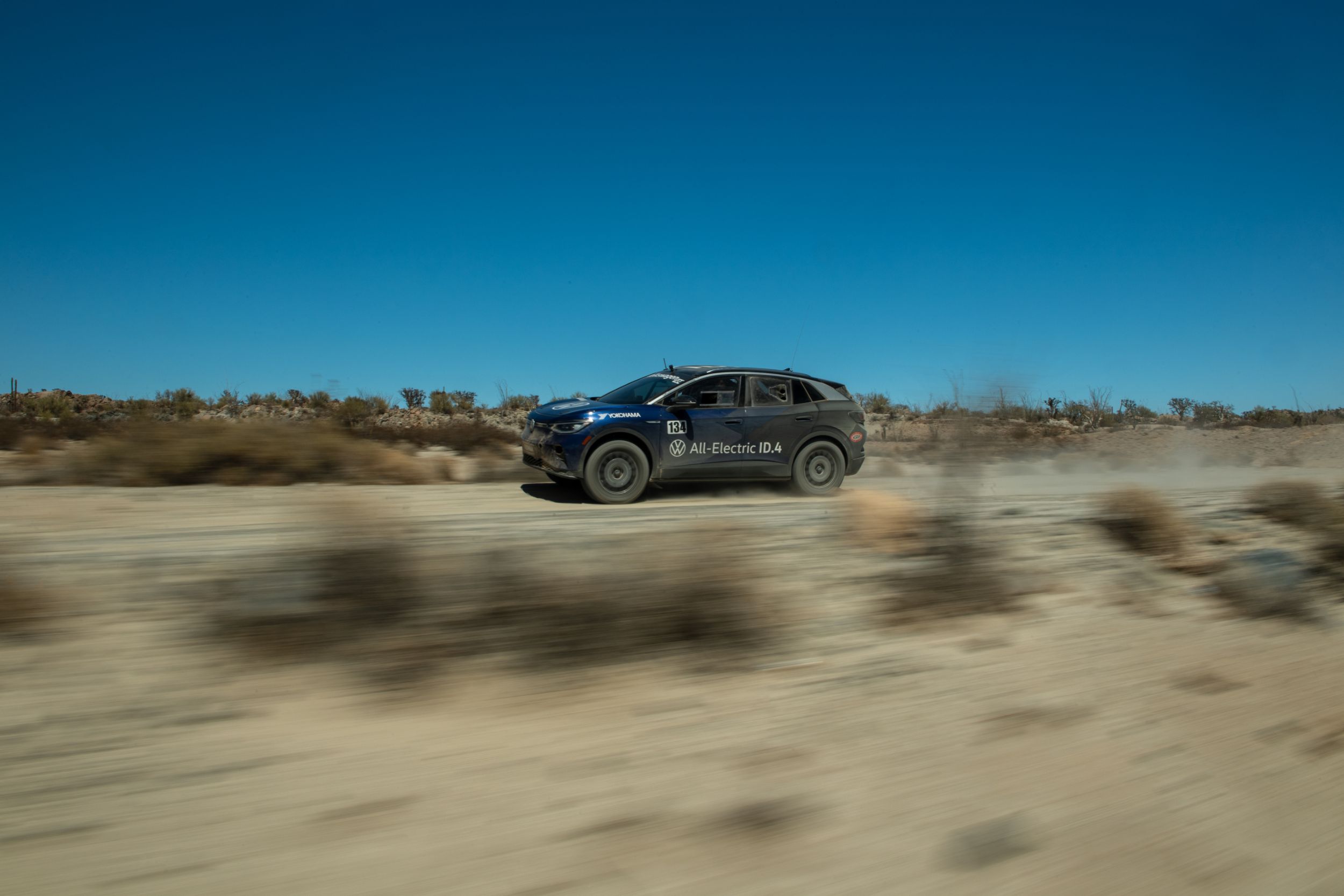 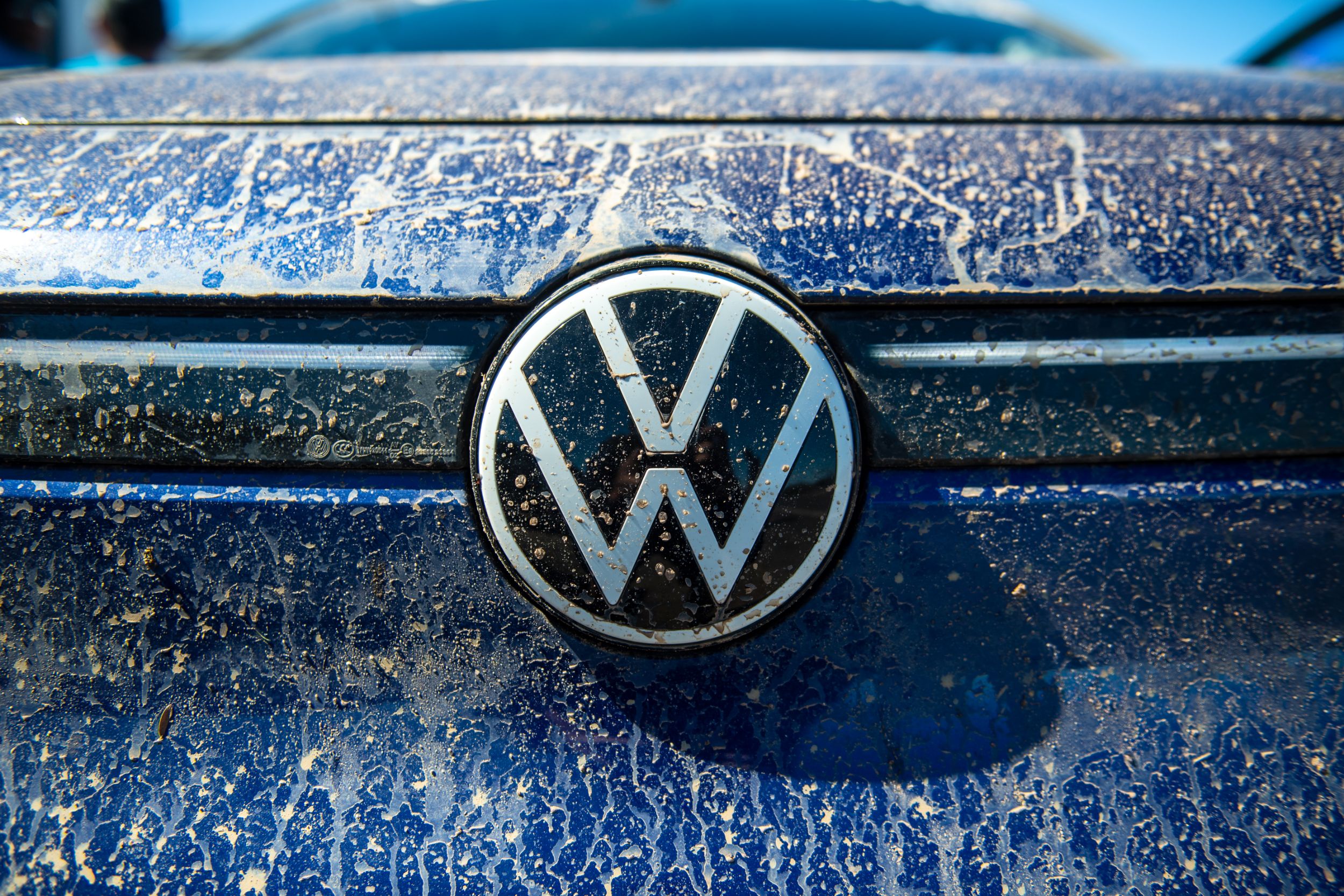 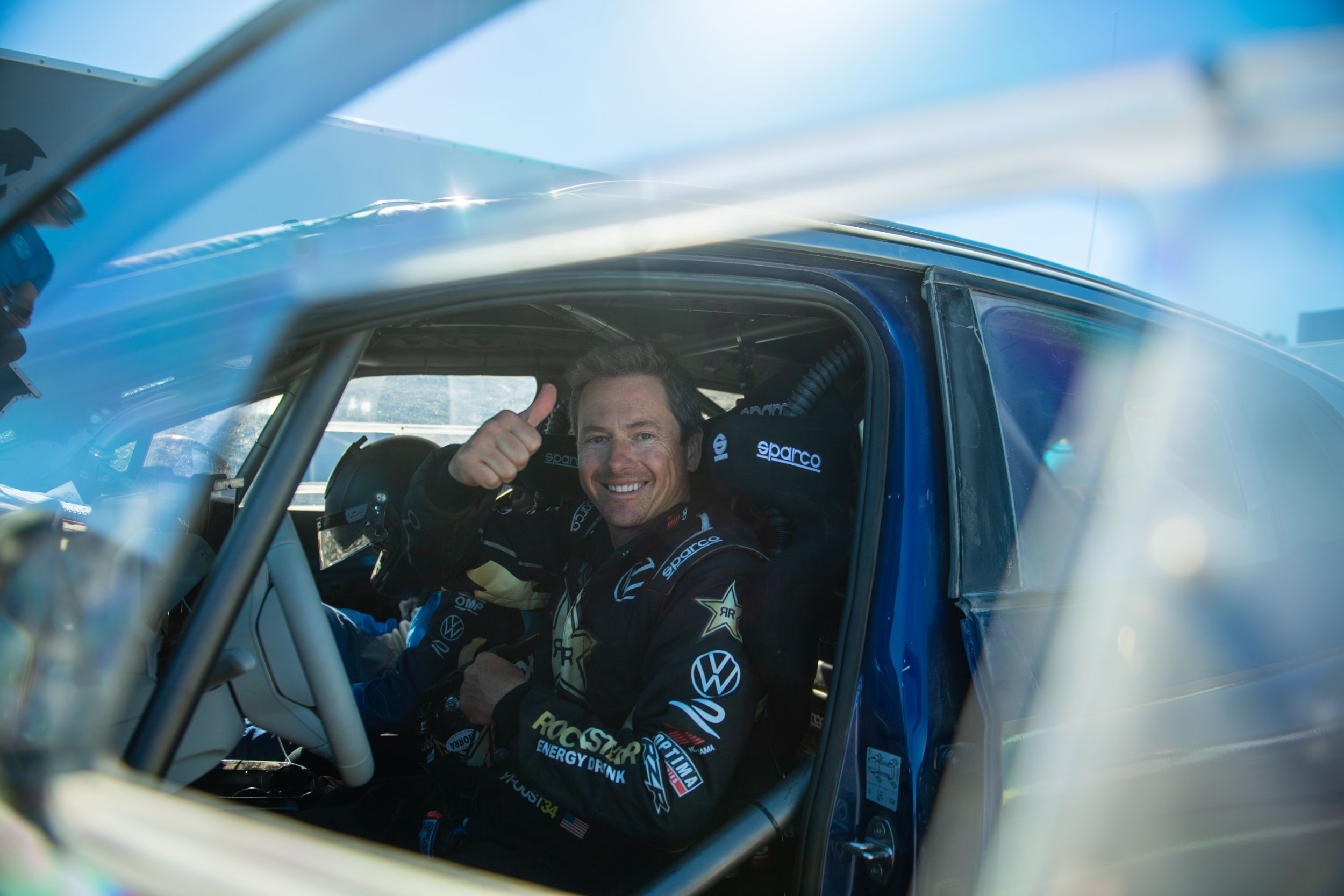 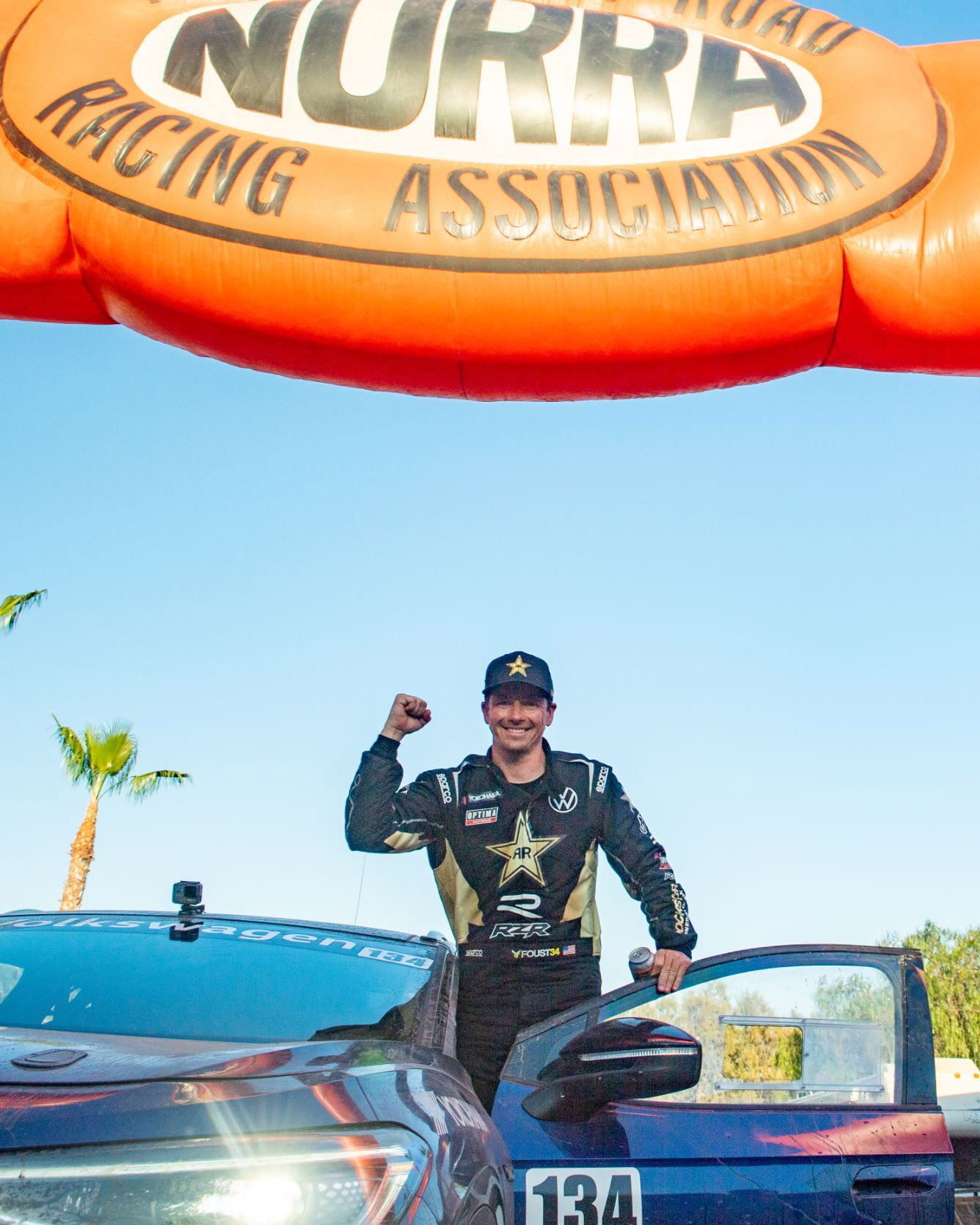