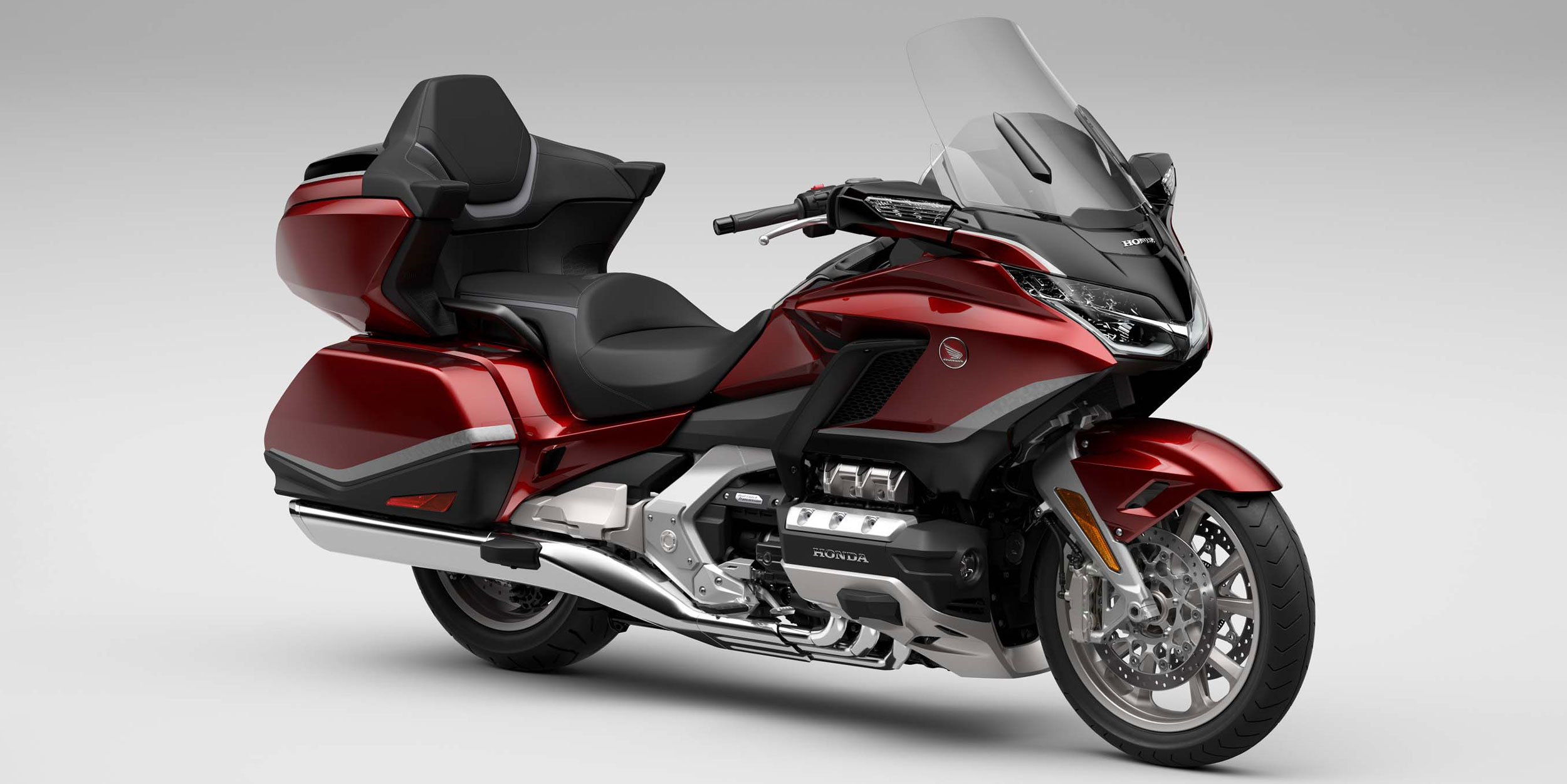 In its first new-model announcement since the New Year, Honda today confirmed that the Gold Wing family gets a number of upgrades for 2021, designed to deliver improved comfort and convenience for long-distance touring. Among the improvements is a capacity increase for the Tour version’s trunk, which now easily accepts two full-face helmets.

Honda also announced a host of upgrades to its smallest dual-sport models, which are newly named the CRF300L and CRF300L Rally, thanks to a 15 percent increase in engine displacement. The popular standard model has been further updated with a cut in weight and increased suspension travel, upping its off-road capability without sacrificing performance in the city. In addition, the Rally model gets increased range thanks to a larger fuel tank that makes it even better prepared for extended adventures.

“Honda listens to its customers, a fact that is highlighted in our latest new-model announcement,” said Lee Edmunds, Senior Manager of Powersports Marketing for American Honda. “In the case of the Gold Wing and our smallest street-legal CRF models, the 2021 iterations reflect improvements that were highly requested by people who ride them every day, and the motorcycles are better as a result. We look forward to customers getting the chance to experience the updates themselves.”

The 2021 Gold Wing expands on the goal of long-distance touring luxury with updates aimed at greater comfort and convenience. The Tour model’s top trunk is 11 liters larger, for a total of 61 liters storage capacity, and the passenger seat’s backrest features a more relaxed angle, thicker foam and a taller profile. The seat has a suede-like cover with an enhanced appearance, and the Gold Wing has colored seat piping for added color contrast. A number of audio improvements were incorporated, including upgraded, 45 watt speakers with richer audio; optimized automatic volume-adjustment level and a standard XM radio antenna. Android Auto™ integration joins Apple CarPlay® integration, and the rear turn signals are now all red for a clean, stylish look.

Honda improved upon the motorcycle industry’s top-selling dual-sport model by upping power (via a 15 percent displacement increase), reducing weight and improving off-road performance—all without sacrificing the value, reliability and styling that have played a large part in the bike’s popularity. Suspension travel and ground clearance are increased for 2021, while overall weight was reduced by 11 lbs., by optimizing plate thicknesses and tubing size on multiple components. Styling cues are carried over from Honda’s CRF Performance line, and both the standard and ABS versions are ready to provide economical transportation and true dual-sport adventure.

Designed to mimic the looks of Ricky Brabec’s Dakar Rally-winning CRF450 Rally, the CRF300L Rally is based on the CRF300L but with a larger tank, hand guards and frame-mounted windscreen that suit longer-distance adventuring without sacrificing nimble performance in city traffic or even trails. Weighing 9 lbs. less than the outgoing model, the CRF300L Rally gets a 15 percent displacement increase for improved power and torque, as well as an even larger, 3.4 gallon tank, making long-distance adventure more attainable than ever. 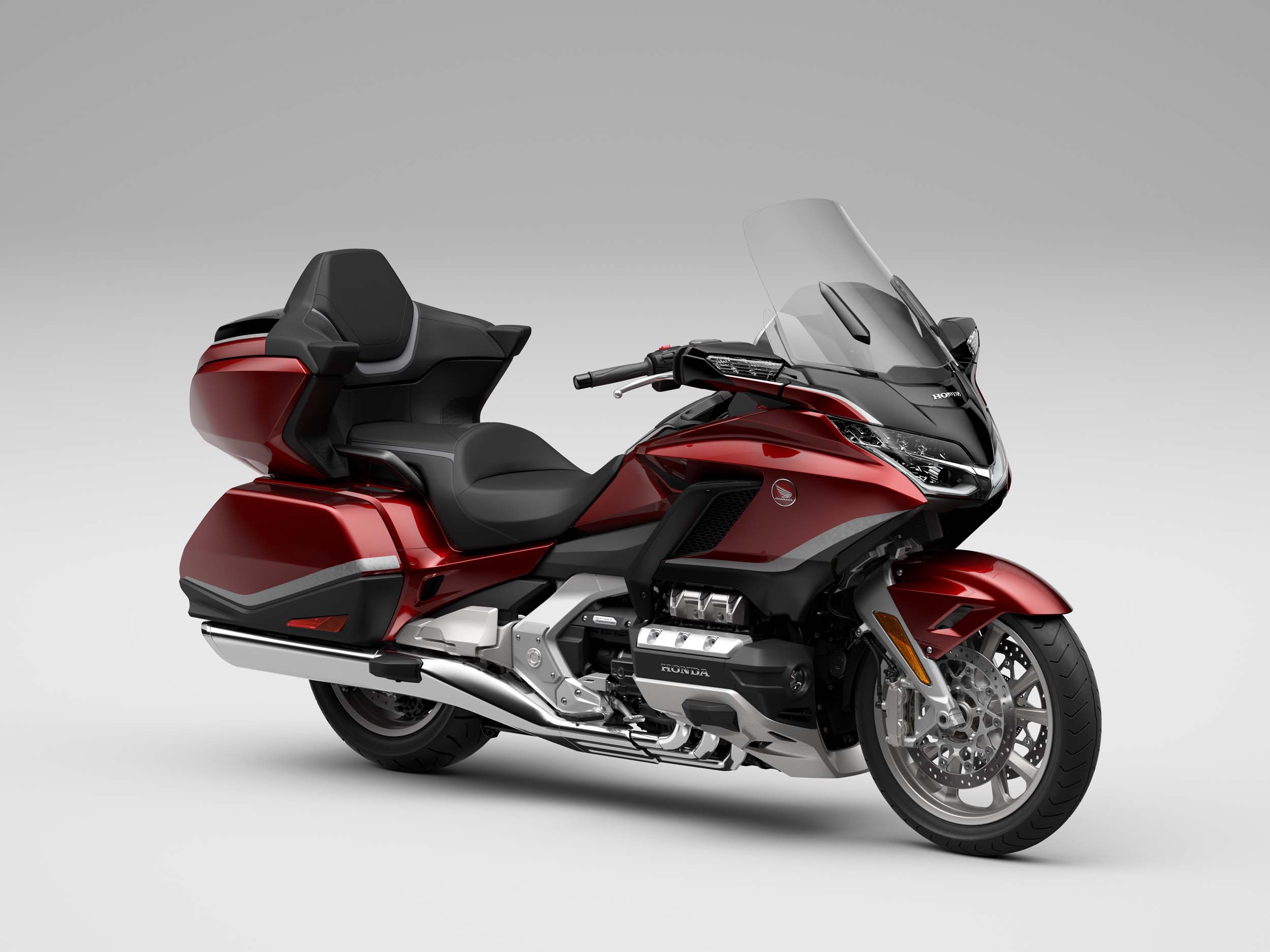 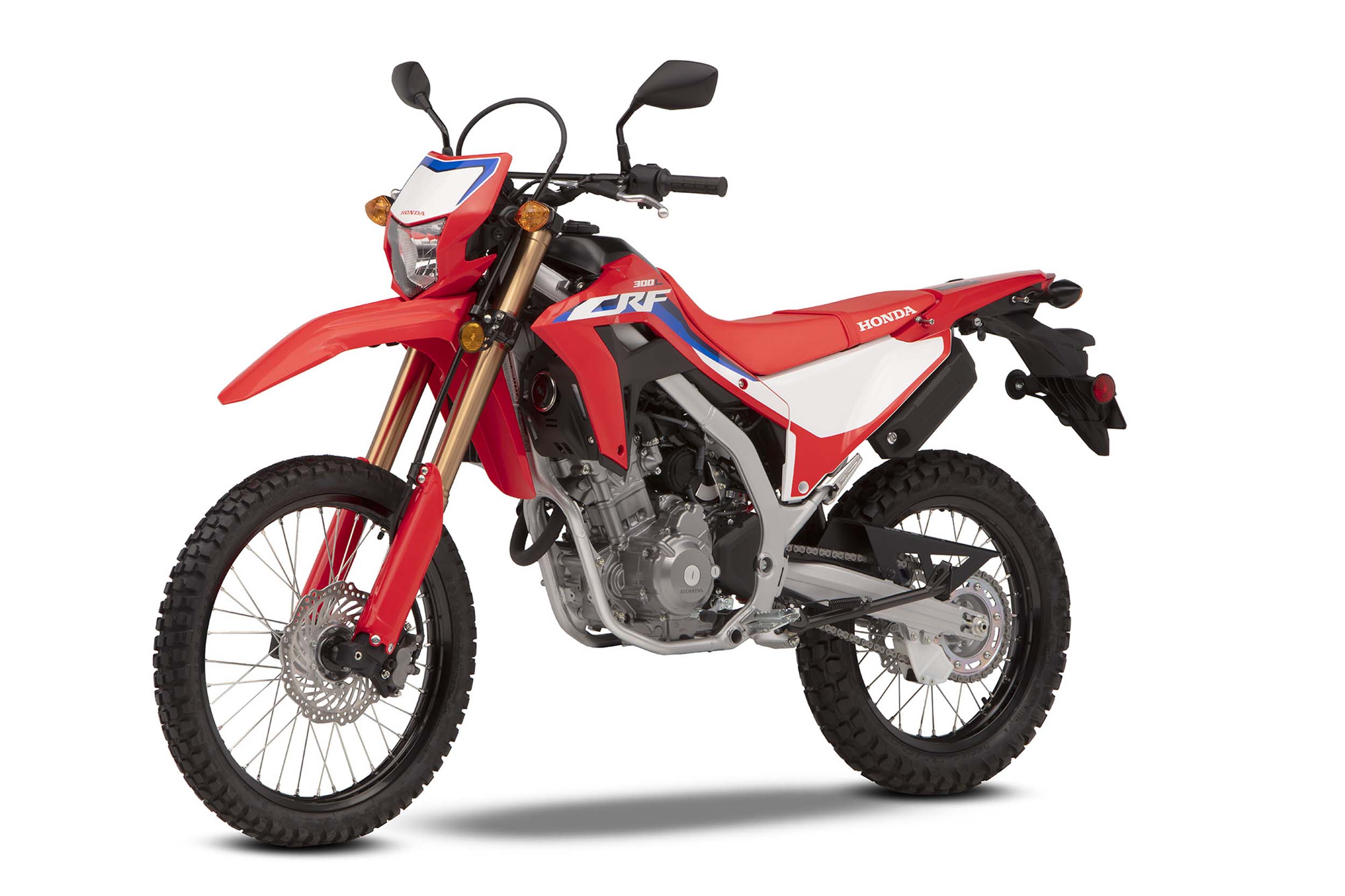 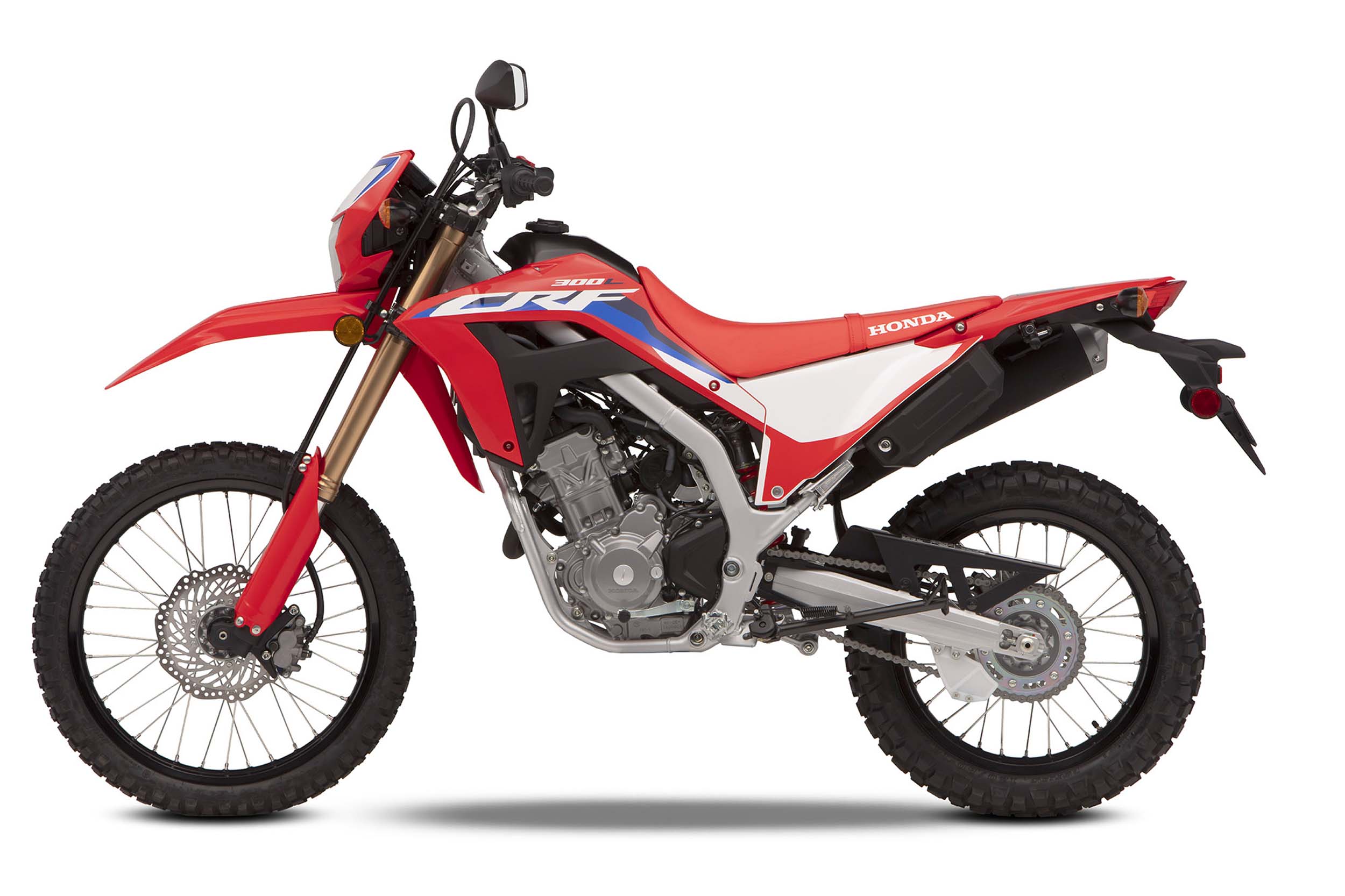 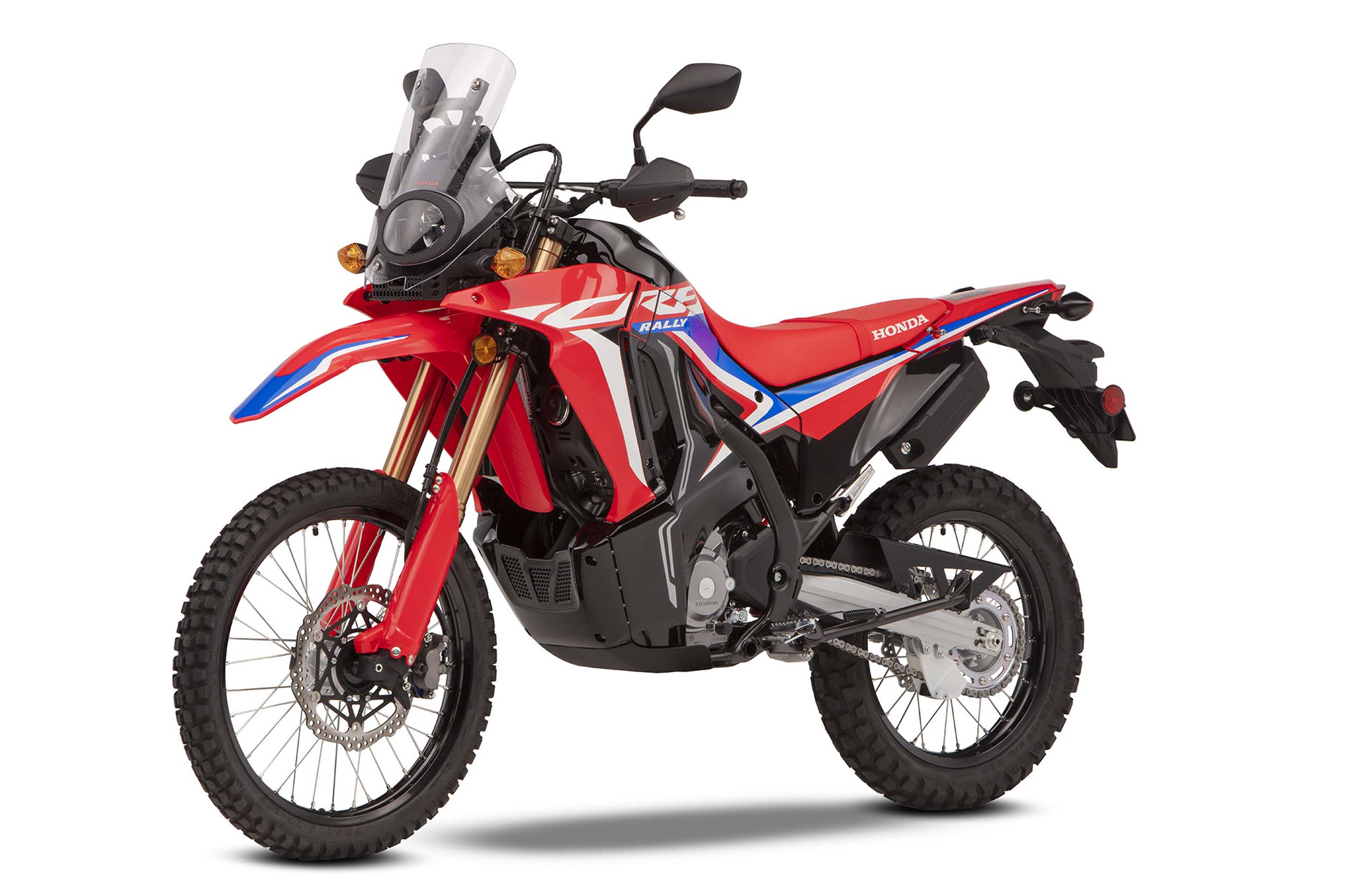 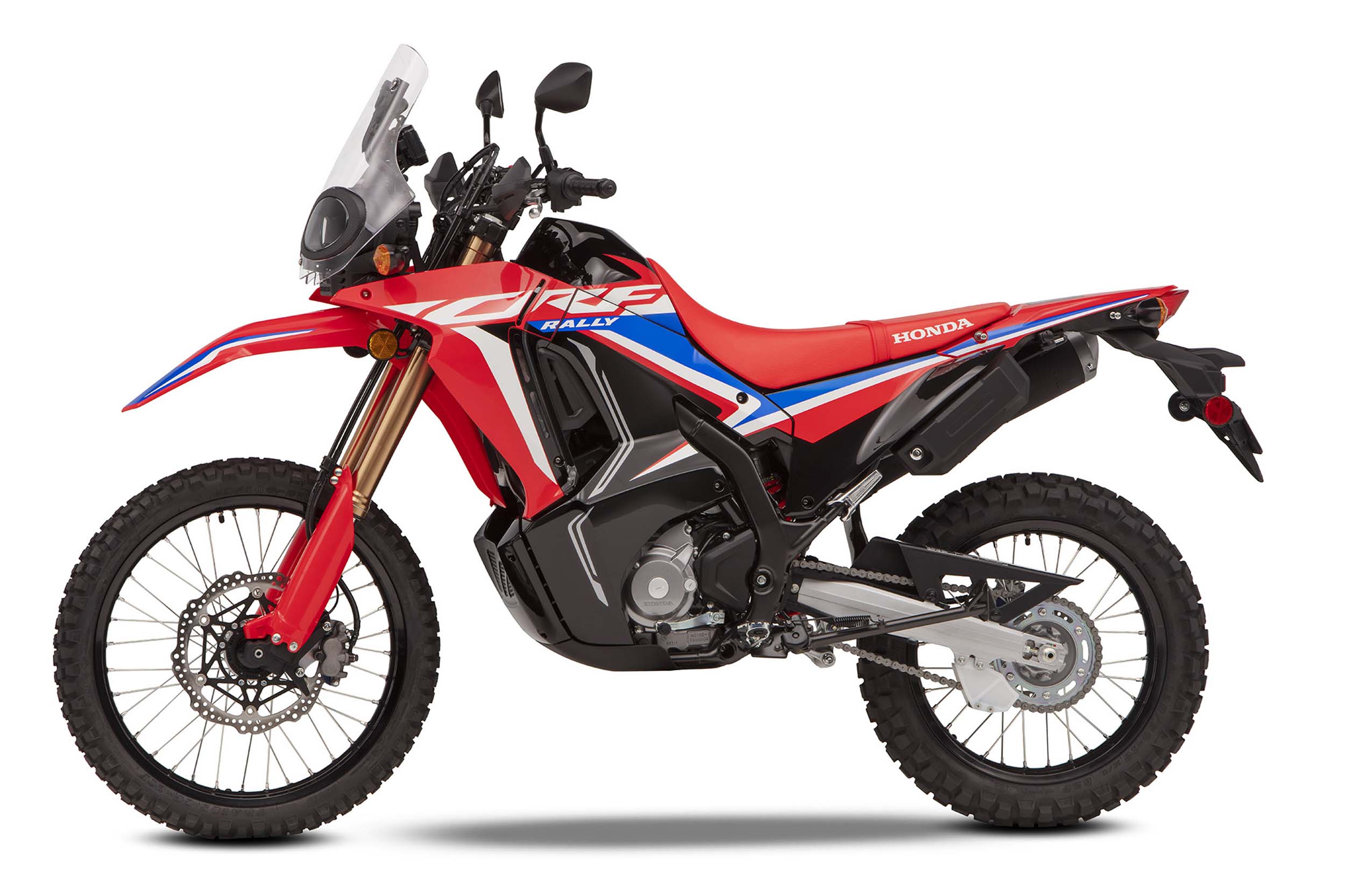