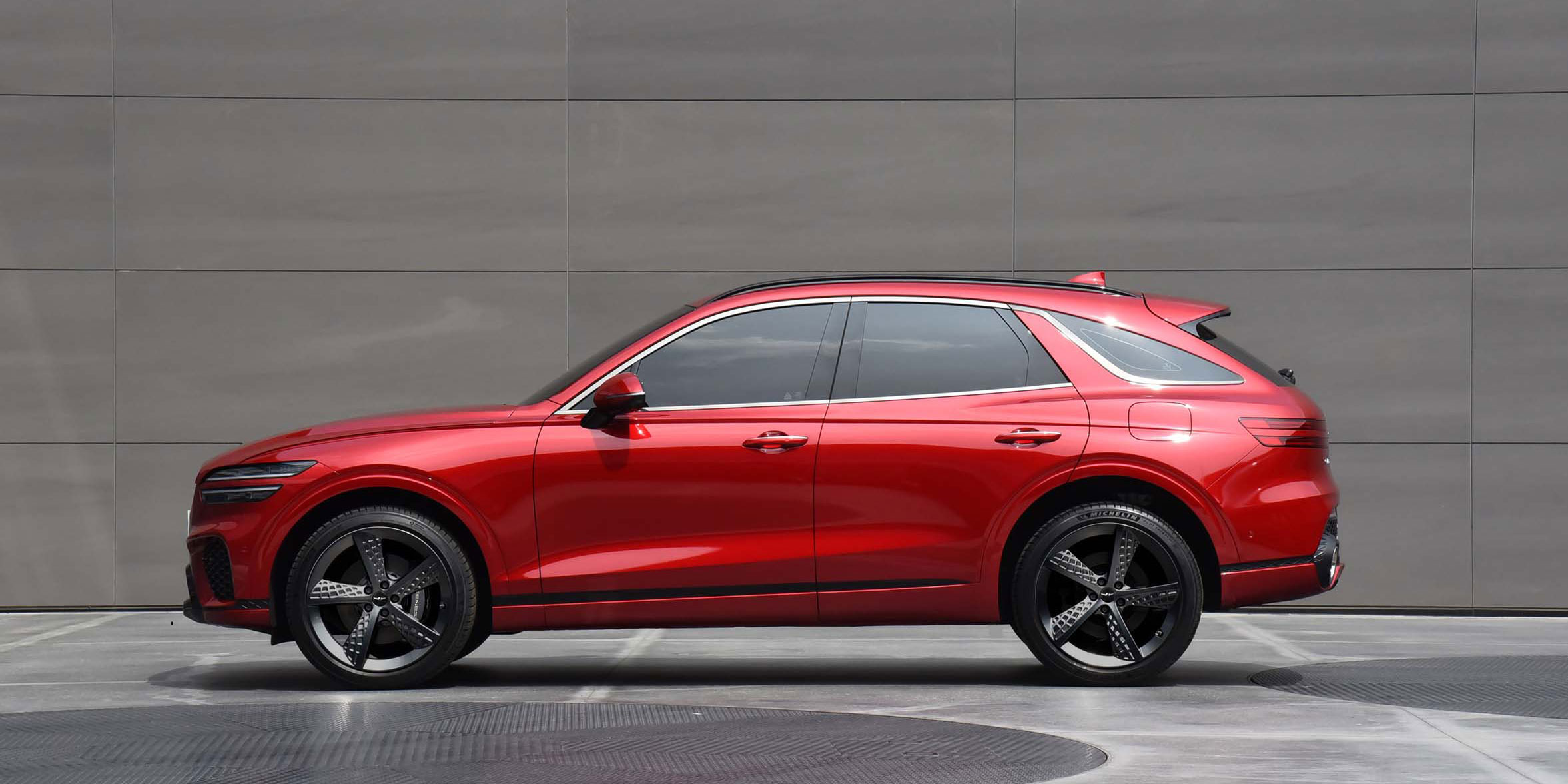 SEOUL, Korea, October 28, 2020 – Today, Genesis officially revealed the exterior and interior of the athletic and sporty GV70 SUV. The much-anticipated GV70 becomes the fifth model in the Genesis lineup, joining the G70, G80, and G90 sedans, along with recently announced GV80 flagship SUV. Like all other Genesis models, the GV70 will be based on a rear-wheel-drive platform.

“Genesis continues to build on our solid foundation with the addition of new and exciting products to our lineup,” said Mark Del Rosso, President and Chief Executive Officer of Genesis Motor North America. “We recently launched our first-ever SUV, the flagship GV80, with U.S. deliveries beginning in the next thirty days. Now, with the upcoming release of the dynamic GV70 and a further diversified product portfolio, Genesis will be able to reach an even broader audience of American consumers.”

The “G” in GV70 represents Genesis, while the “V” refers to the versatility that only a Genesis SUV can offer.

Inspired by the design philosophy of “Athletic Elegance”, the GV70 features a sporty and powerful appearance.

The design of the GV70’s front is thoroughly unique. The iconic Crest Grille, which takes its shape from the Genesis logo, has been set lower than the Quad Lamps to reflect the SUV’s athletic nature, while the two lines of the Quad Lamps evoke a sense of speed and dynamism. Skid plates placed on the bottom of the bumpers reinforce the SUV’s powerful image.

When viewed from the side, the GV70 exudes an elegant sensibility. The arching Parabolic Line, which begins at the top of the Quad Lamps and runs elegantly along the side of the SUV, creates a dramatic contrast with the muscular rear fenders. The sleek and elegant coupe-like roofline, along with the dropping chrome line to the C-pillar, accentuate the GV70’s unique athletic characteristic.

At the rear, the taillights feature the ultra-thin signature two lines of the Quad Lamps, while all functional elements are set in the bumper, helping to achieve exceptionally clean, pure forms. The rear also features a number of subtle design details – including a G-Matrix pattern-applied bumper, a unique vertical shaped muffler, and a body-colored diffuser – that accentuate the GV70’s dynamic look.

He added “The new GV70 inherits the Genesis design DNA including signature elements, such as the Wing Face and Two Lines. Along with the G70, the athletic 70-series line-up expands our design territory. As a luxury brand based in Korea, we are excited to offer the ‘Beauty of White Space’, Genesis’ contemporary spatial experience exclusively to our customers.”

The first-ever GV70 is expected to arrive in the United States in calendar year 2021. More details will be available closer to launch. 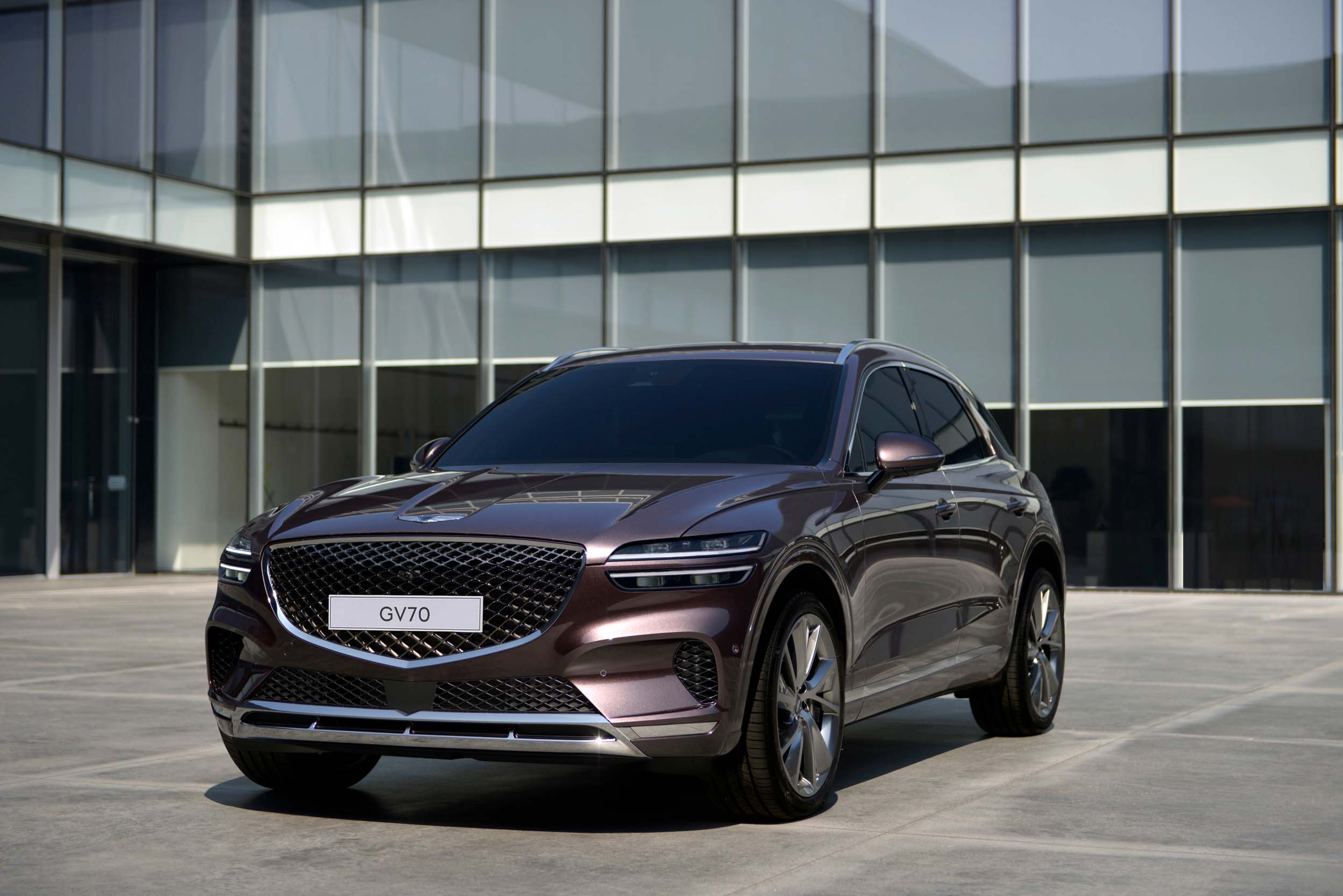 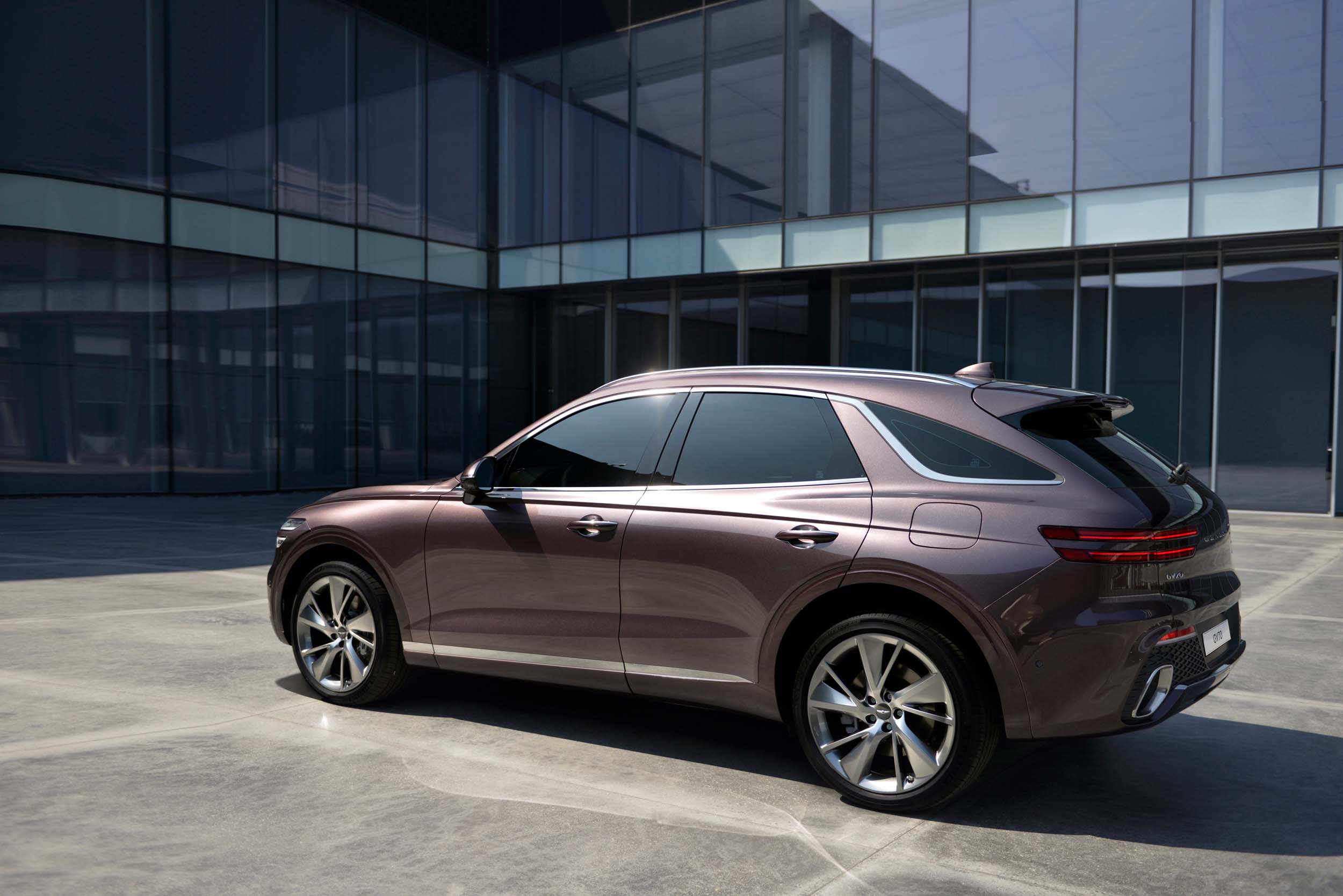 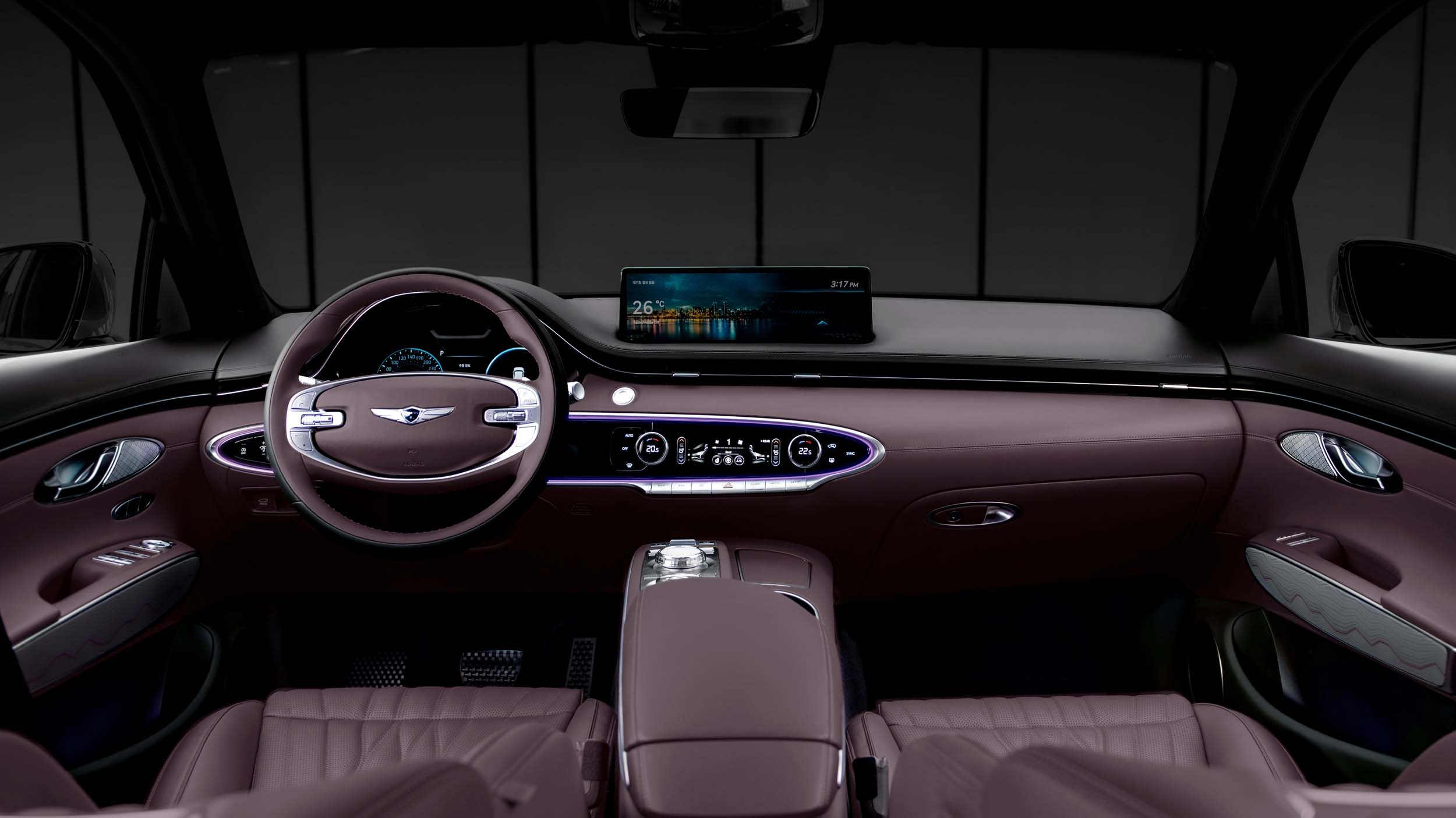 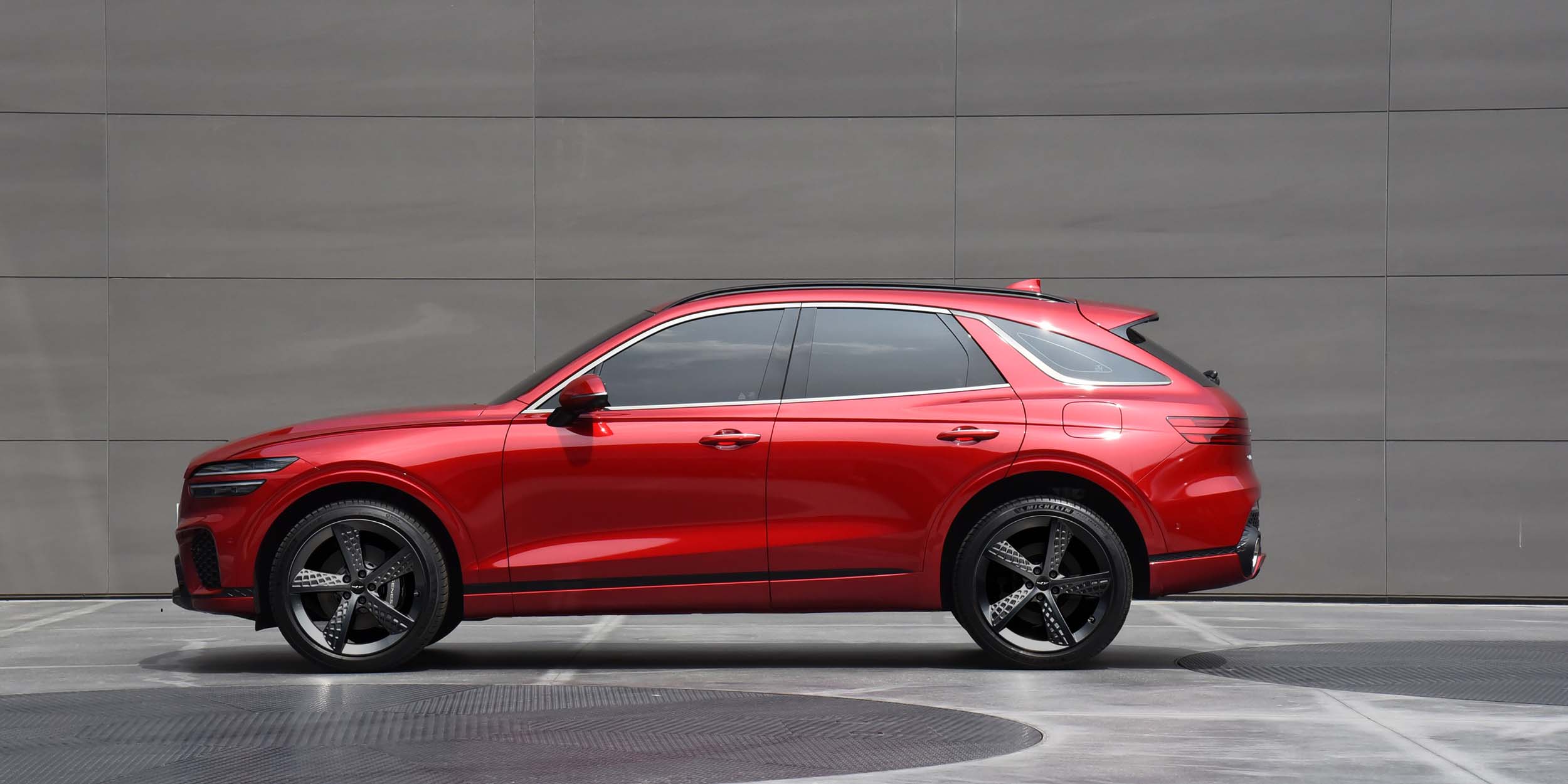 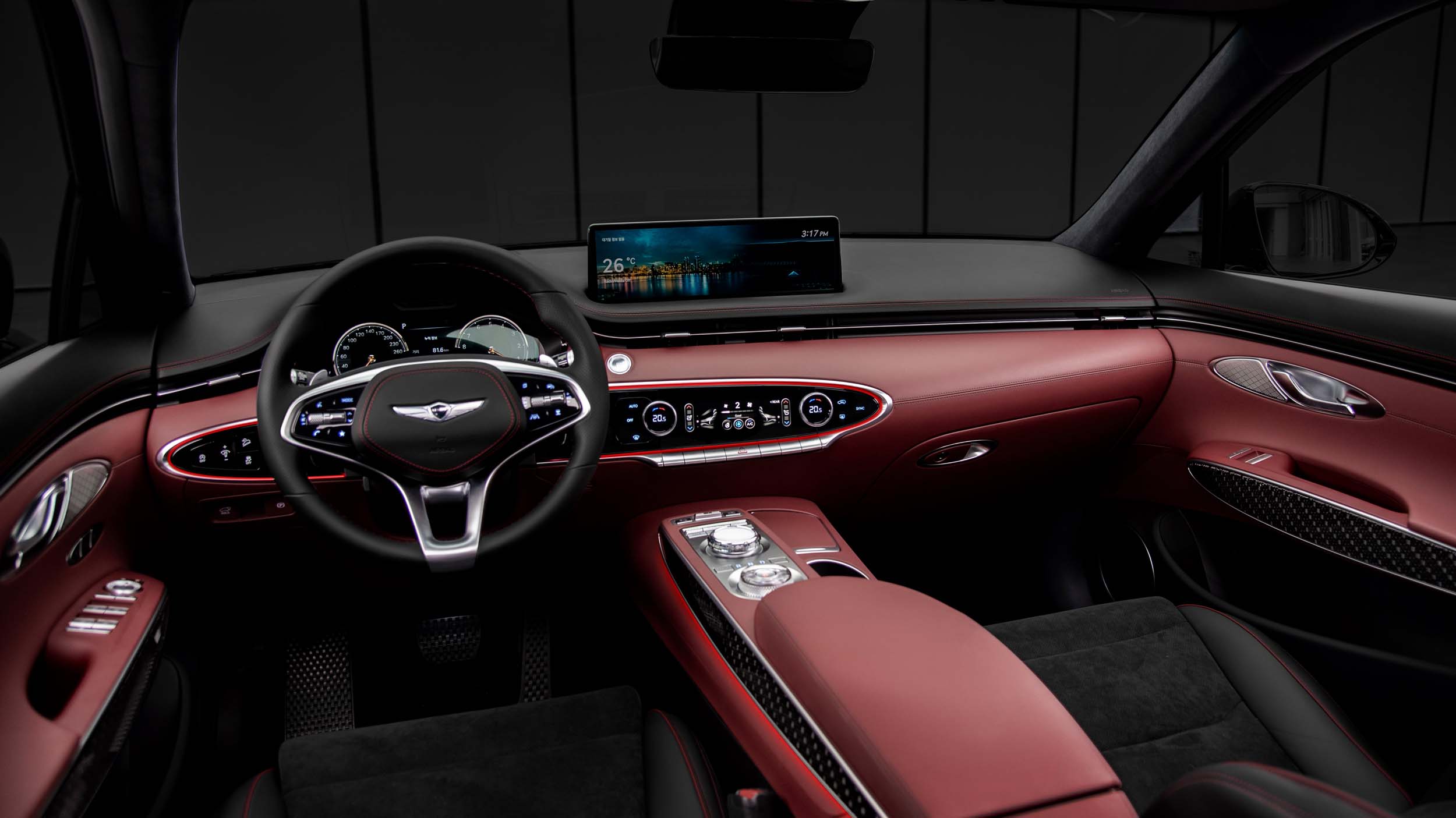