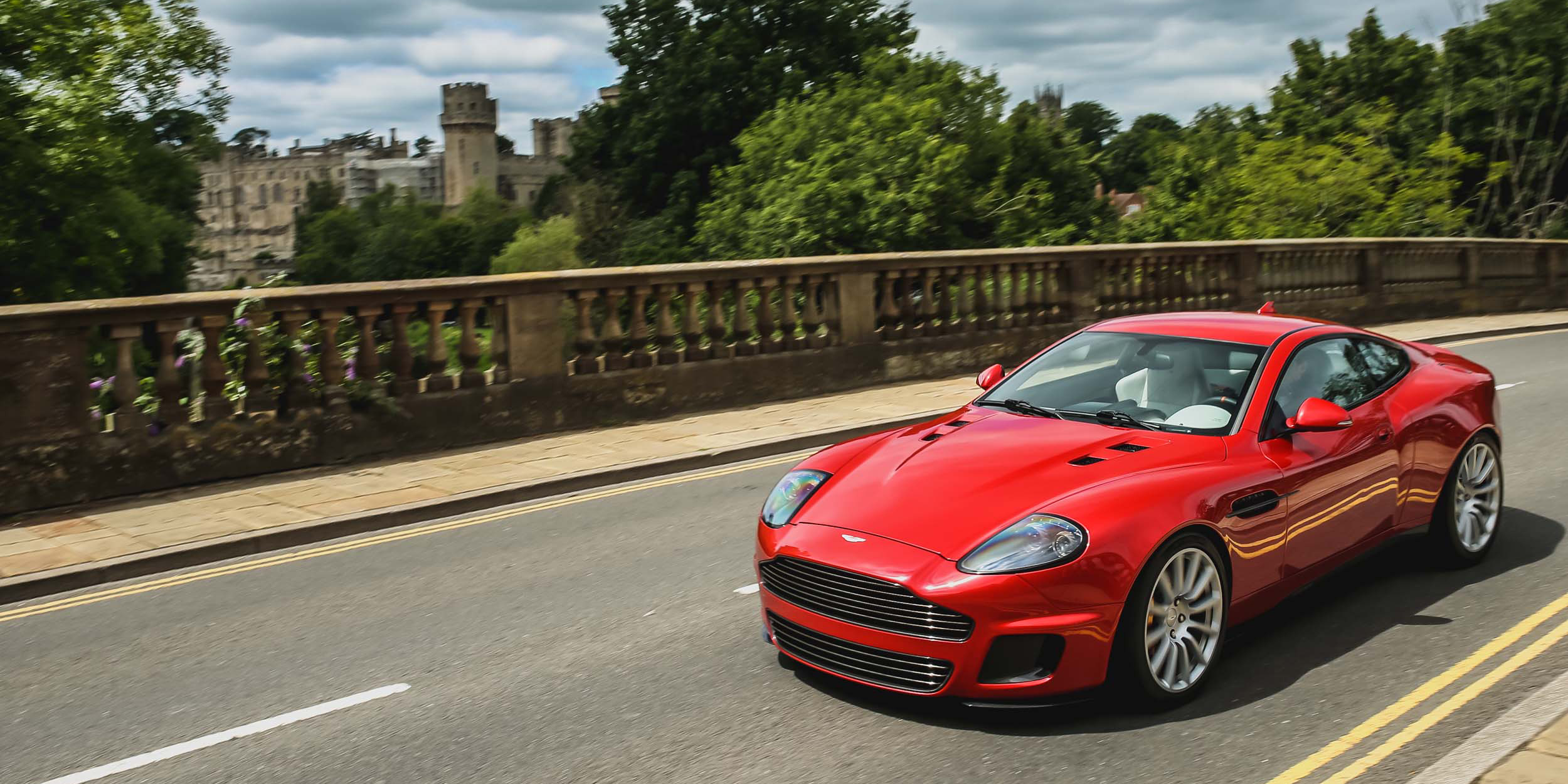 Niederwil (Switzerland) / Warwick (UK) 22nd July 2020 – Just nine months after announcing the project, the production iteration Aston Martin CALLUM Vanquish 25 by R-Reforged has been revealed alongside confirmation that customer car build will commence in September. Designer Ian Callum has evolved the concept shown in 2019 with a revised interior, more trim options and definitive chassis and powertrain set up.

Aston Martin CALLUM Vanquish 25 by R-Reforged now features over 350 engineering, material and design changes that transform the much-loved car into a more practical and relevant GT. Having covered over 20,000 miles of rigorous testing on the UK’s broad range of road types and qualities, as well as multiple sessions on both the wet and dry tracks at Michelin’s Ladoux proving ground, engineers carefully determined a crisper set up to amplify the driving experience of a classic GT. Highly tuned rebound and compression of the Bilstein dampers provides composure with noticeably more agility and control. Careful bush selection, stiffer anti roll bars, a 10mm lower ride height, up to 60mm wider track and specific Michelin Pilot Sport tyre compounds assure linearity in roll and composure without resorting to a rock-solid track feel that contemporary GTs often lean towards. Steering feel, aided by the fitting of a more slender wheel rim, lower seating position and the suspension improvements, is sharper with more feedback to reward the enthusiast driver. The overall result is a more versatile GT eminently suitable for everyday use.

“After a year of piling on the miles in our development prototype, I’m confident we’ve hit the targets we set ourselves of a very responsive but supple car,” says head of engineering at R-Reforged, Adam Donfrancesco. “There was a perception that much of what we planned was aesthetic but the way the car drives, feels, goes, stops and sounds is actually where a lot of our efforts have been focused. We’ve defined a set up that finesses the composed, big Aston Martin GT feel but sharpens and hones it in line the progress that new tyres, suspension and knowledge brings. It’s got to be a car you want to use and be adaptable; laid back and comfortable enough to soak up a 300-mile trip across Europe but equally engaging and rewarding on a 20-minute run to meet friends at an informal cars and coffee meet. That versatility and accessible performance is something many contemporary GTs lack. We have all missed the chance to just go for a drive for pleasure in the past few months. This is now the car to make the most of those precious times.”

Highlighting the multitude of options clients can specify during sessions with Ian Callum – either remotely or at the Warwick facility where the car is assembled – the Aston Martin CALLUM Vanquish 25 by R-Reforged is offered with an infinite number of body and eight trim colours, three transmission variants – manual, auto and semi-automatic – as well as three bespoke 20” wheel choices. The car’s sumptuous leather trim is provided by Bridge of Weir Leather Company, while Bremont’s removable pocket watch, an industry-first, remains prominent in the interior that now includes brushed or polished dark chrome details, and a walnut veneer option instead of carbon. Mulberry has developed the luggage to fit snugly in the rear of the cabin.

“The designers, engineers and craftspeople have poured all their energy into breathing new life into the car, pushing the boundaries of every detail: flawless surface finishes, tight shutlines and a crafted interior I believe you’ll enjoy spending time in,” says Ian Callum. “I’m particularly impressed with how it drives. From the lower, more sculpted and cossetting seat, the crisper steering with enhanced feel to just the glorious way it sounds, I think we have created something quite special.”

R-Reforged has now also revealed the underbonnet revisions. Often overlooked, its engineers have detailed the area with carbon and leather dressing alongside the bespoke carbon intake system and tuned equal length stainless steel primary collectors that create a sonorous V12 howl from the 580bhp engine.

Alongside the reveal of the production specification car, now available for prospective customers to experience, R-Reforged confirmed it is building the first batch in September with initial cars destined for Europe and Latin America.

“Too often design studies are revealed only for them to disappear, or for deliveries to end up being years later, leaving customers disillusioned about the viability of coachbuilding such cars,” adds Callum. “With partner R-Reforged, we have delivered on our promise with the first cars in build in September. It’s been an unpredictable time for the entire world but it’s now an exciting moment as the refreshed cars come to life in our workshops.”

Born out of a passion for highly bespoke products, R-Reforged exists to create desirable, personalised and collectable limited-edition vehicles.

R-Reforged is a brand of the R-Universe together with R-Experience, R-Service and R-Motorsport, which are wholly owned by Swiss AF Racing Group. Through the R-Experience arm, R-Reforged aims to deliver an unparalleled ownership experience for customers through best in class service from the point of ordering. 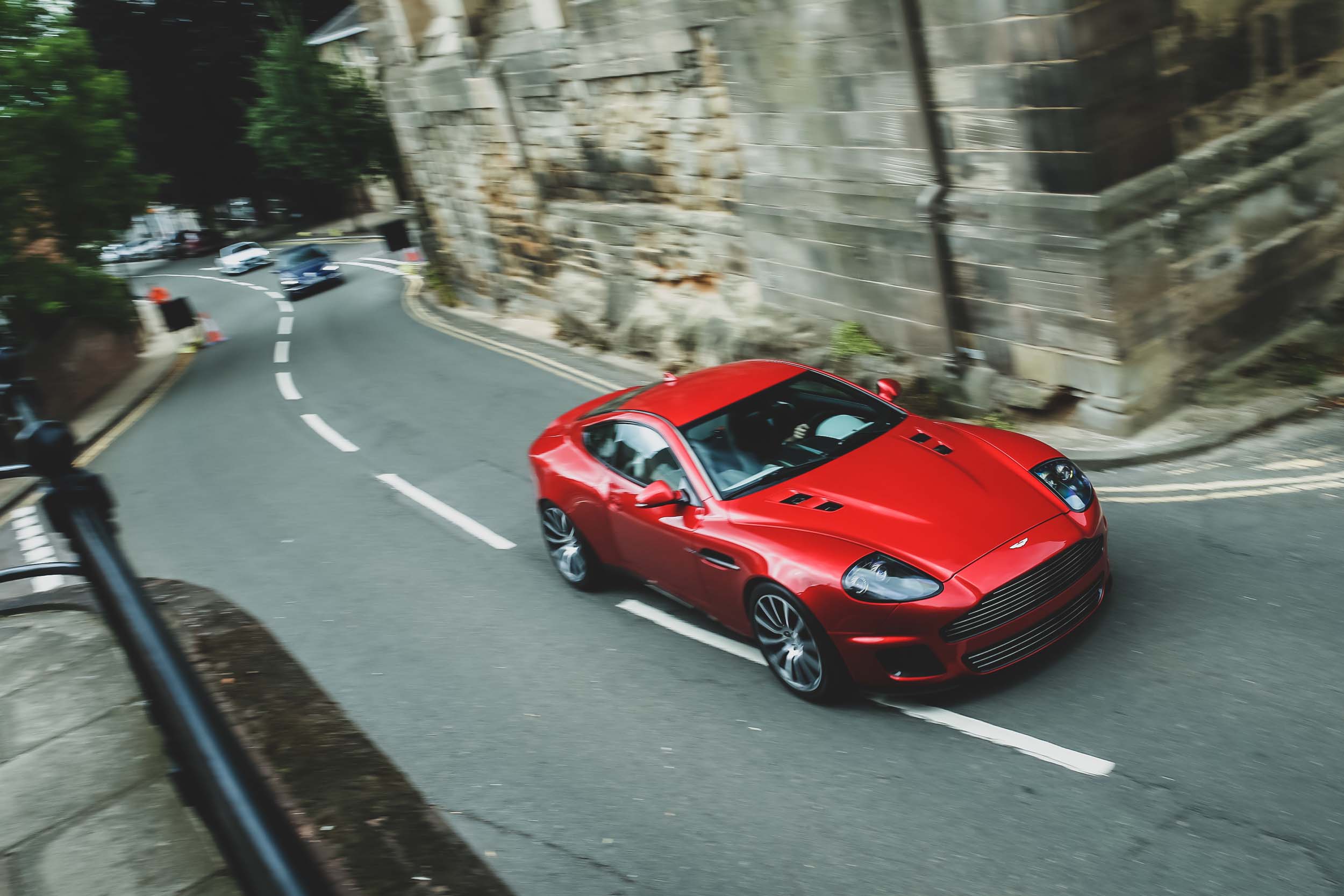 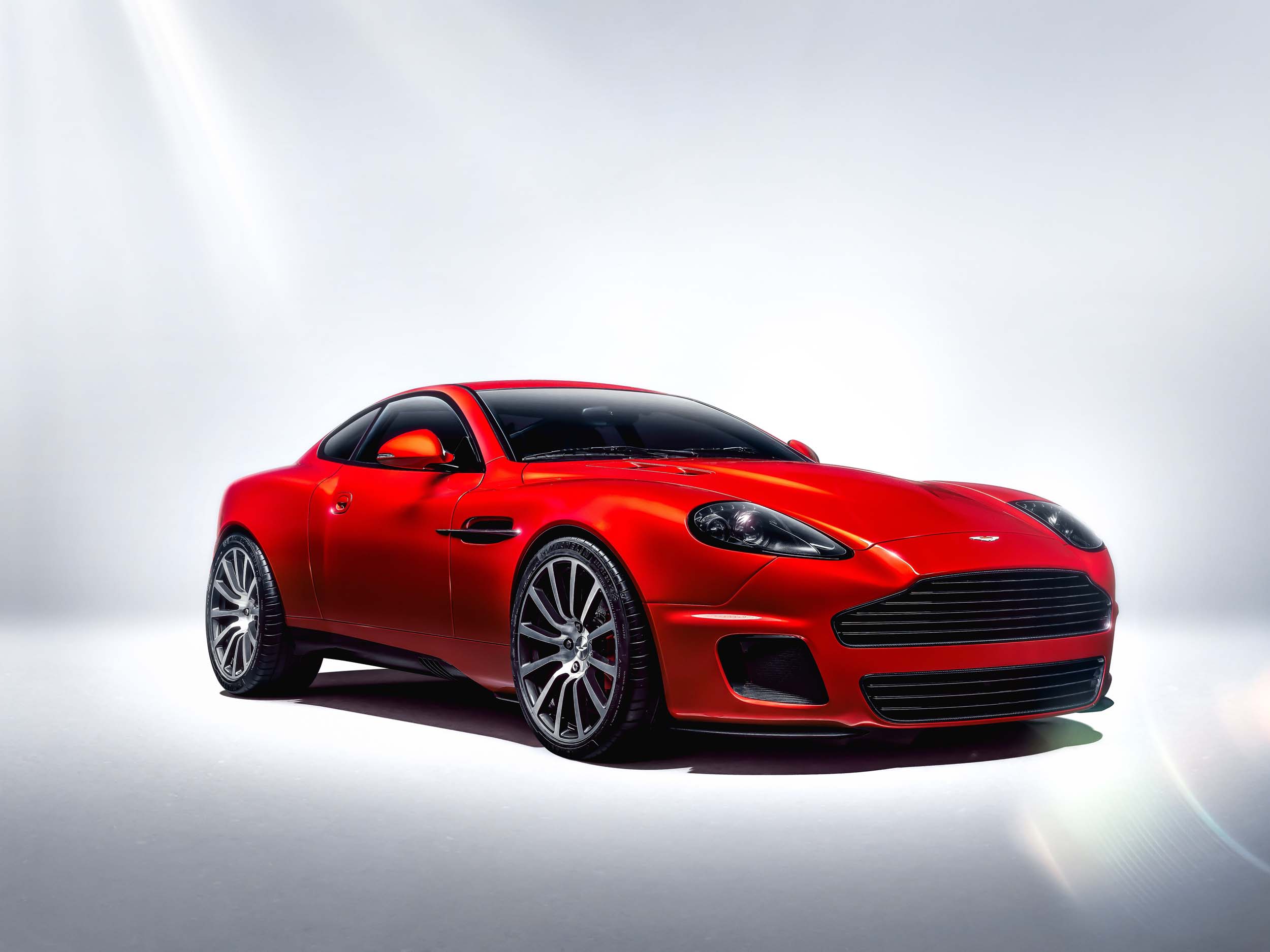 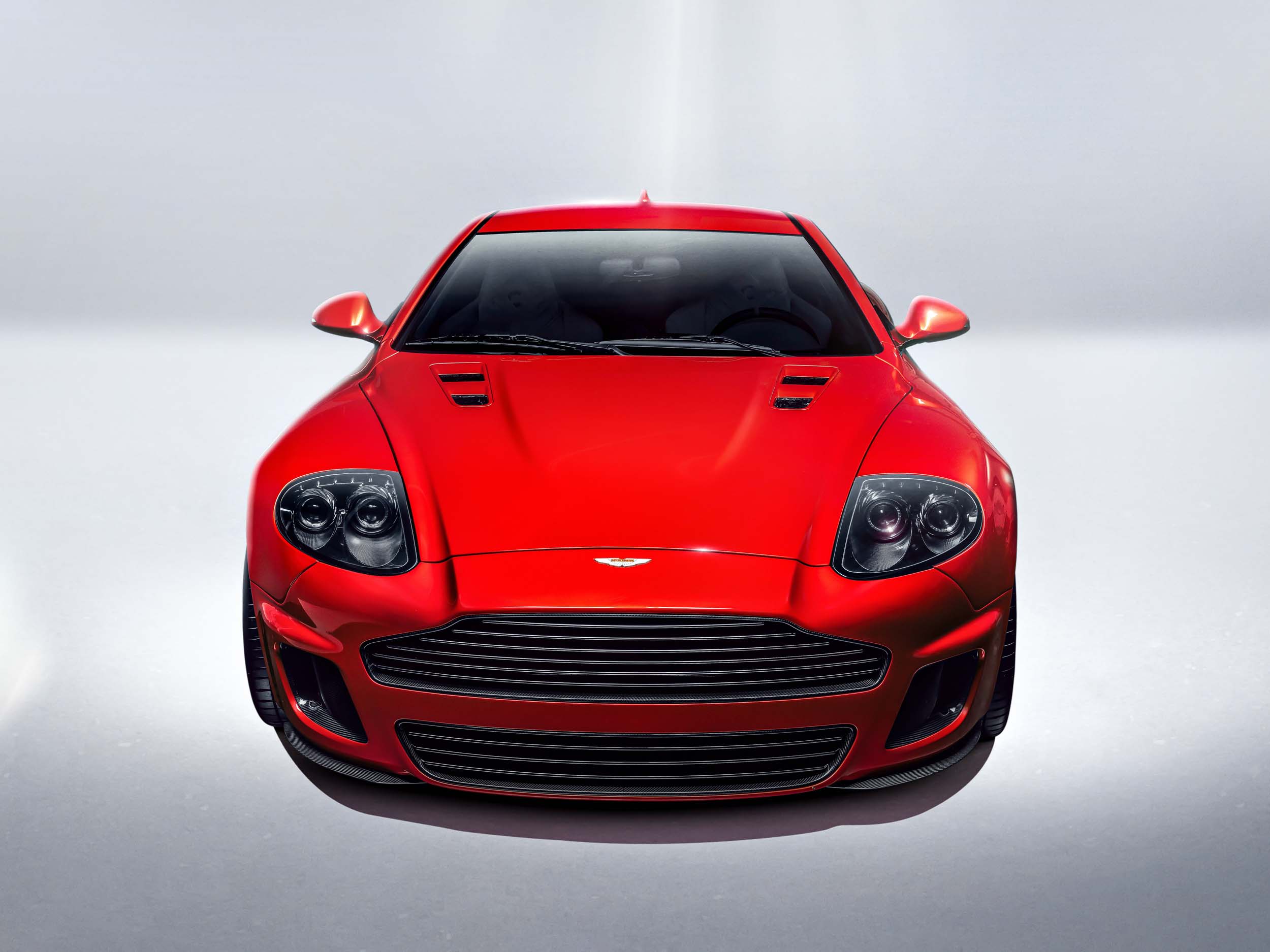 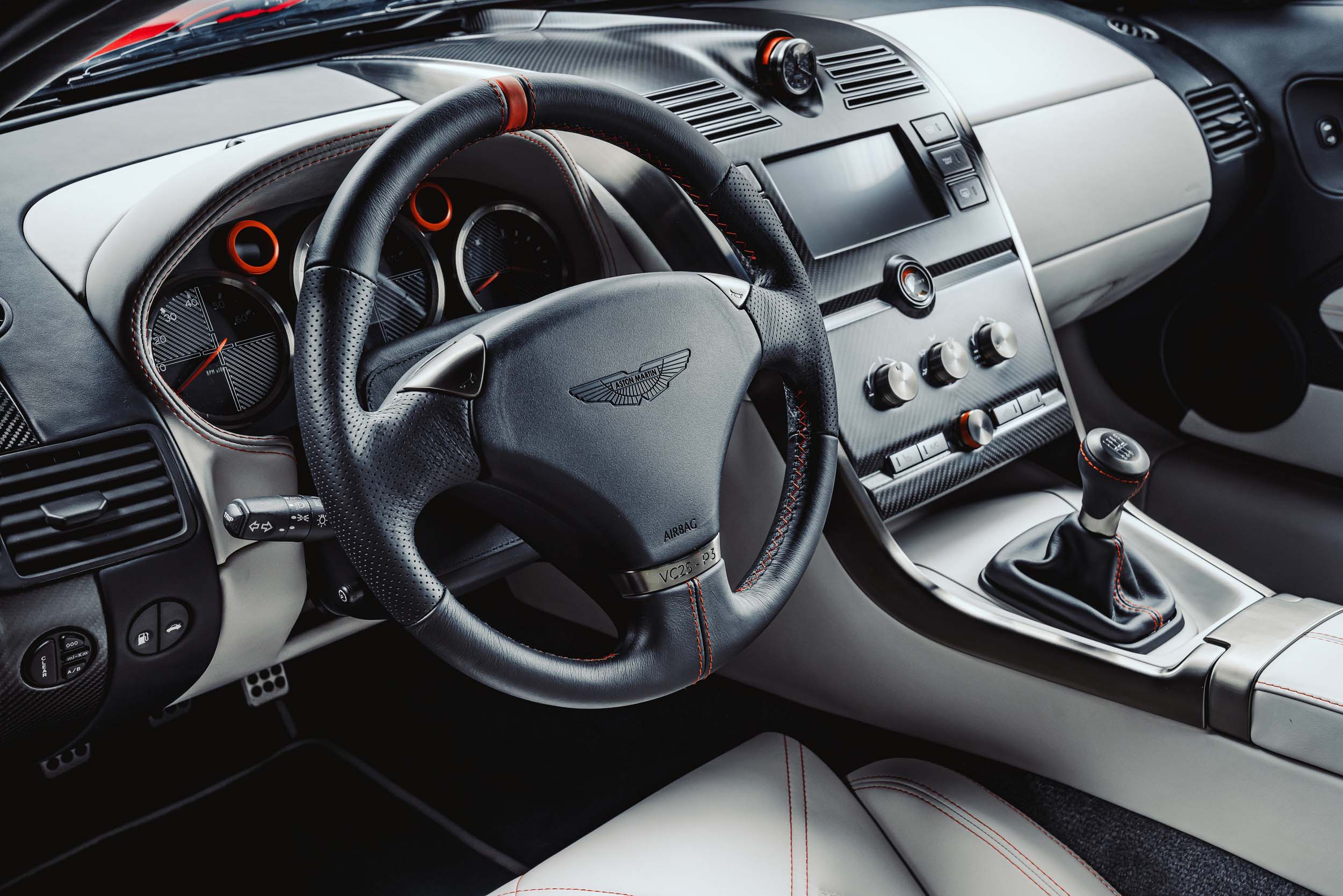